Usually when looking at a BMW vs Mercedes-Benz comparison video, it includes shots of burning rubber and sounds of mad turbocharged engines revved into oblivion. However, it’s nice to change the pace every once in a while and today we’re taking a look at the green side of these two arch rivals, comparing the BMW 330e against the Mercedes-Benz C350e.

The two are a clear sign that traditional manufacturers are trying really hard to keep up with the trends of today. Car buyers are getting more and more concerned with what their actions are actually doing to the environment and it seems like electric and hybrid cars are on the rise. Sure, the restrictions put in place by laws and governments also make them attractive but that’s a different story. 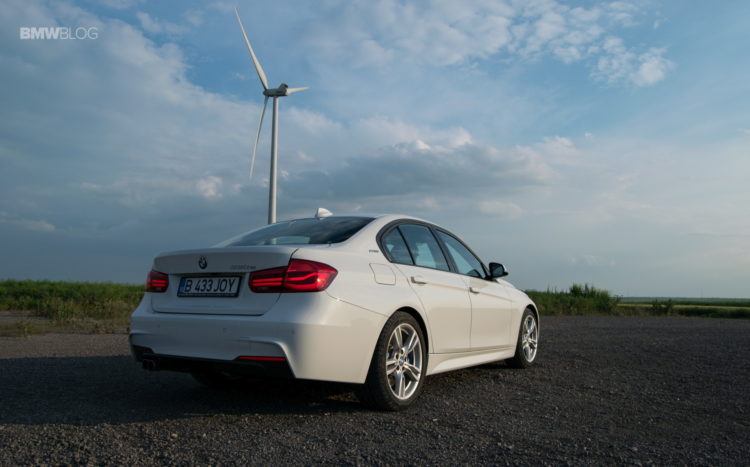 Despite their different names, the two cars shown in the video below are actually quite similar underneath. The BMW 330e is a plug-in hybrid with a powertrain made up of a 2-liter 4-cylinder turbocharged engine making 184 HP working together with an electric motor making 88 HP. Together they deliver 252 HP and thanks to the battery stored above the rear axle, an all-electric range of up to 40 km (25 miles) according to BMW.

On the other hand, the Mercedes also uses a 2-liter petrol engine but with 211 HP at its disposal, combined with an 81 HP electric motor. Combined they deliver 279 HP to the rear wheels with a claimed electric range of 31 km (19 miles). What the guys from Cars South Africa wanted to know was which one was better when using only electricity.

The thing is, in real life, EV range varies wildly depending on a variety of factors. From how hot or cold it is outside to the slightest changes in how you actually drive, PHEVs and BEVs are usually not delivering on their claimed respective ranges. So who do you think won? Well, we won’t spoil the fun here but instead let you find out by watching the video below.