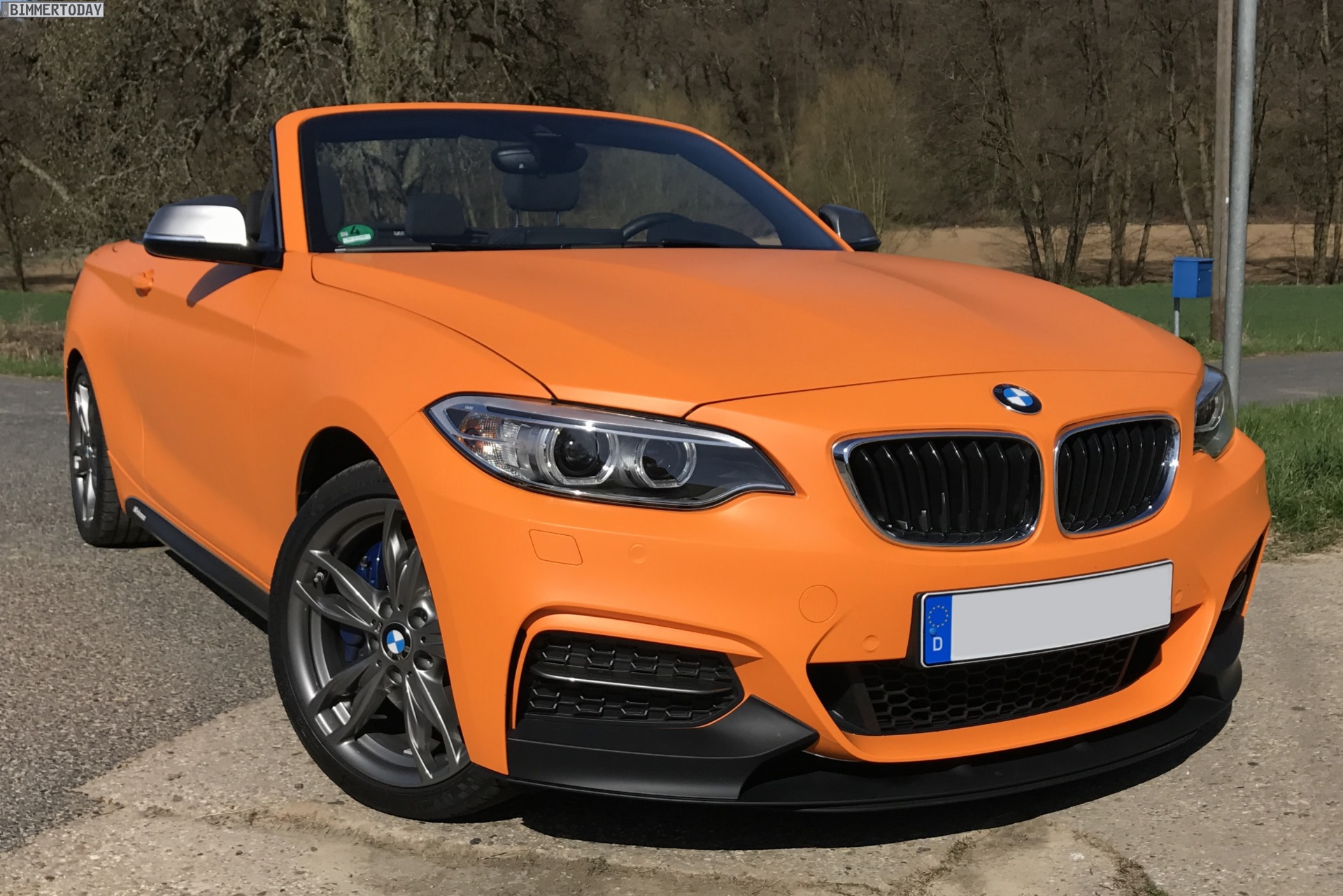 For a few months, one of the most attractive convertibles of the compact class has been given a new name: the BMW M240i Convertible F23 follows the previous M235i and has further refined the indisputable qualities of the open jester. The reason for the new name lies hidden under the bonnet and bears the internal abbreviation B58 – it is the turbocharged  inline cylinder from the modular family of BMW engines, which has been in use for nearly two years.

Bimmertoday’s reader Jannis has prepared his BMW M240i convertible for the upcoming summer season by applying a few visual changes.

The most striking change is a foliage in matte orange which resembles the Fire Orange paint job seen on other BMWs and completely covering the white painted factory coat. For the connoisseurs, the uncoated, and therefore, Cerium Gray glossy exterior mirror caps as well as the uniformly colored slats in the outer air inlets of the front apron indicate that the most sporty factory-fitted 2 Series convertible is on the road.

Next on the upgrade list were some tuning accessories from BMW M Performance, starting from the front apron top in black matte over to the side skirts and onto the rear diffuser insert. In addition, there are black taillights, which have been darkened by the foil with a tinted wrap giving the rear view another interesting detail.

Despite the eye-catching optical changes, Jannis’ BMW M240i xDrive still belongs to the 2 Series from a technical point of view. The already mentioned inline six-cylinder engine offers – compared to the previously installed N55 – an even more aggressive response to accelerator commands and makes the M240i, particularly in the sports mode, more powerful.

340 hp and 500 Newton Meters of torque are combined in the case of the M240i xDrive as standard with the eight-speed automatic and steering wheel shifts. The all-wheel drive xDrive takes the M240i from 0 to 100 km/h in just 4.6 seconds – and it also ensures optimal traction, if one of the summer days should be a bit more rainy.