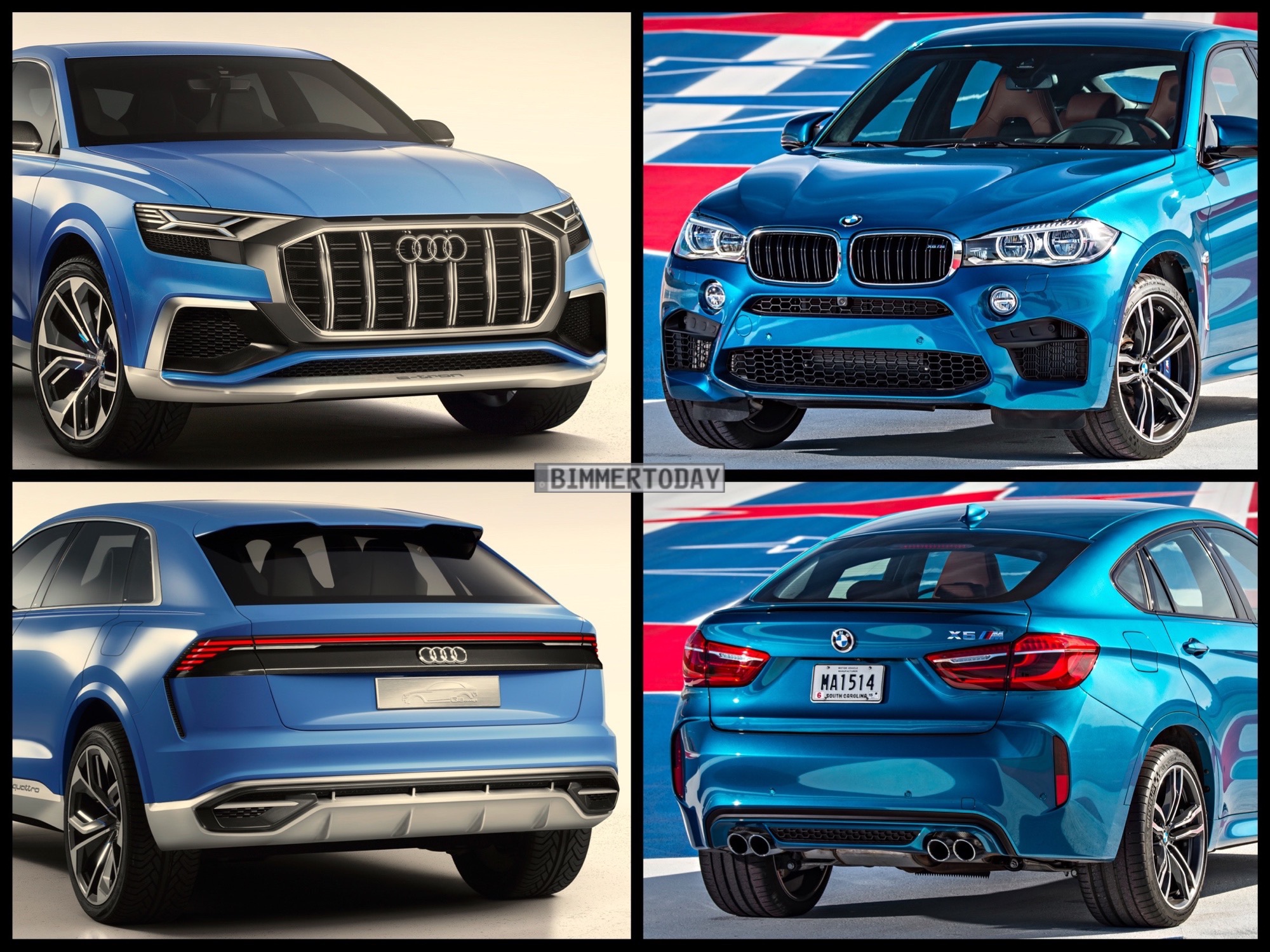 We’ve just seen the latest concept SUV from Audi, the Audi Q8, at the Detroit Auto Show. It packs a hybrid powertrain that develops a total system output of 442 hp and 516 lb-ft of torque, the Q8 is capable of getting from 0-60 in 5.4 seconds. That’s pretty impressive for a two-ton hybrid SUV and it will pack incredible technology as well. Plus, it looks funky, which is cool. But BMW has its own fast and funky looking SUV, the BMW X6 M. So let’s take a look at how these two compare.

In terms of powertrains and performance, they don’t really compare well, actually. The BMW X6 M packs a twin-turbo V8 that makes 560 hp and can get from 0-60 mph in 4 seconds. It’s blisteringly fast and violently capable. It does lack the sort of cabin tech that the Q8 has, but it’s also quite a bit older. But enough about what they’ve got underneath, let’s focus on at what will make people buy them — how they look. 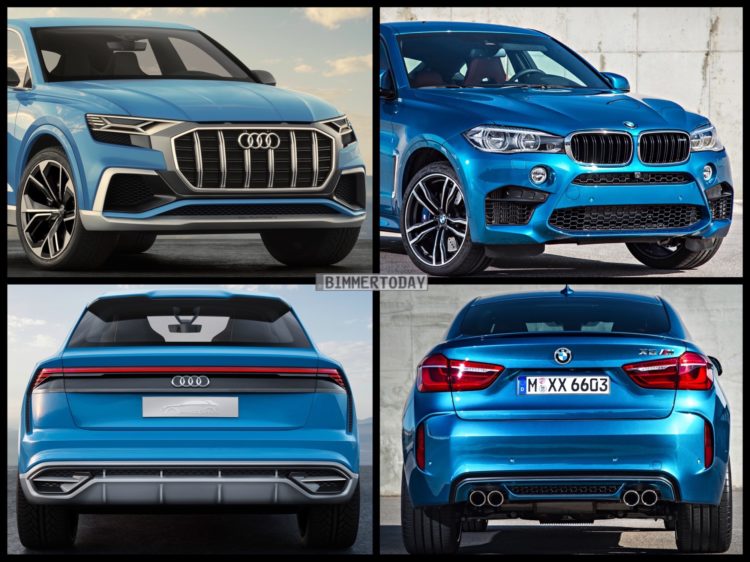 From the front, these two couldn’t be more different. The Audi Q8 looks like something from the future. Its massively wide Singleframe grill and angular headlights give off a far more futuristic and technological look. Whereas the bulging hood and nostril-like kidney grilles make the X6 M look like it’s going to punch your face. Both are good looking but so completely different that it’s really hard to pic a favorite. However, there’s something about the Audi Q8 I like a bit more and it could just be that it’s fresh and I’ve seen the X6 M a million times.

Out back, I think the Audi Q8 takes it pretty easily here. While the X6 M looks good from its C-pillar forward, it starts to lose out when you look behind it. That rump is just weird looking. It almost looks like a cat sticking its butt in the air before it pounces. It’s just too tall in the back and doesn’t look good. The Audi Q8, on the other hand, looks pretty cool out back. The steeply raked rear window looks aggressive and the horizontal taillight that spans the entire rear of the car looks pretty cool. I also like how the taillights taper off into those little sills. Very futuristic looking and looks very good, in these eyes.

In profile, it’s another tail of two very different cars. The X6 M is tall, looks big and looks aggressive. I love the way it’s so forward focused, like it’s getting ready to launch all the time. They say a well-designed sports car looks like it’s going fast even when it’s standing still. The X6 M isn’t technically a sports car but it still has this effect. The Audi Q8 seems to go in a different direction. It looks like a high-tech, modern interpretation of a classic design. With its wide, flat C-pillar and almost hatchback styling, it sort of looks like a bigger, futuristic Audi Quattro. The high-arching wheel arches give it the look the an old-school rally racer and the flat shoulder line over the rear wheel arch gives it a muscular look. Two very different cars but both look cool in their own respects. 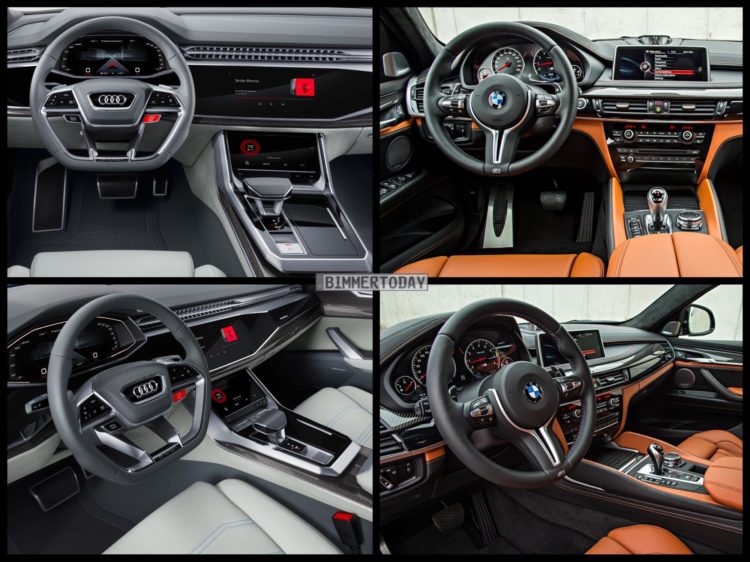 On the inside, Audi has done a good job of making the Q8’s interior seem incredibly futuristic while also still feeling very much like an Audi. It still has the horizontal air vents that span the dashboard and still has the same style of shifter with touch points in front of it. However, everything has gone touchscreen now and it looks a bit overwhelming. The X6 M interior is very driver focused, old-school and sporty. It also looks more luxurious, with those big comfy chairs and sumptuous leather. If I were to choose one to sit in, it’d be the X6 M. While the Q8’s interior is very cool and high-tech, it’s just too reliant on touchscreens and I can only imagine the sort of fingerprints all over those screens. Ugh.

I think, if you’re going for something aggressive, the X6 M is your car. But if you want something more stylish and high-tech, the Audi Q8 is for you. 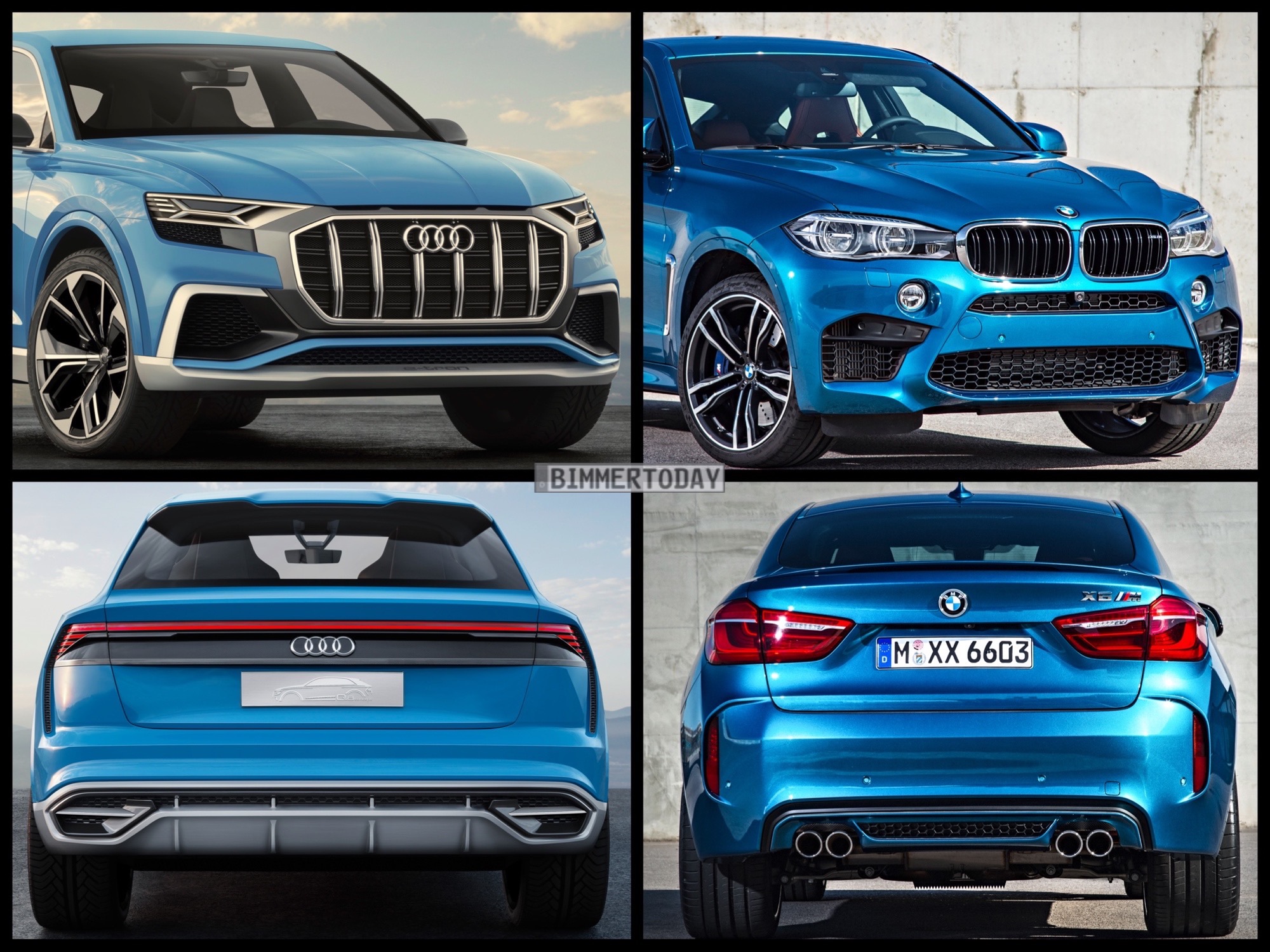 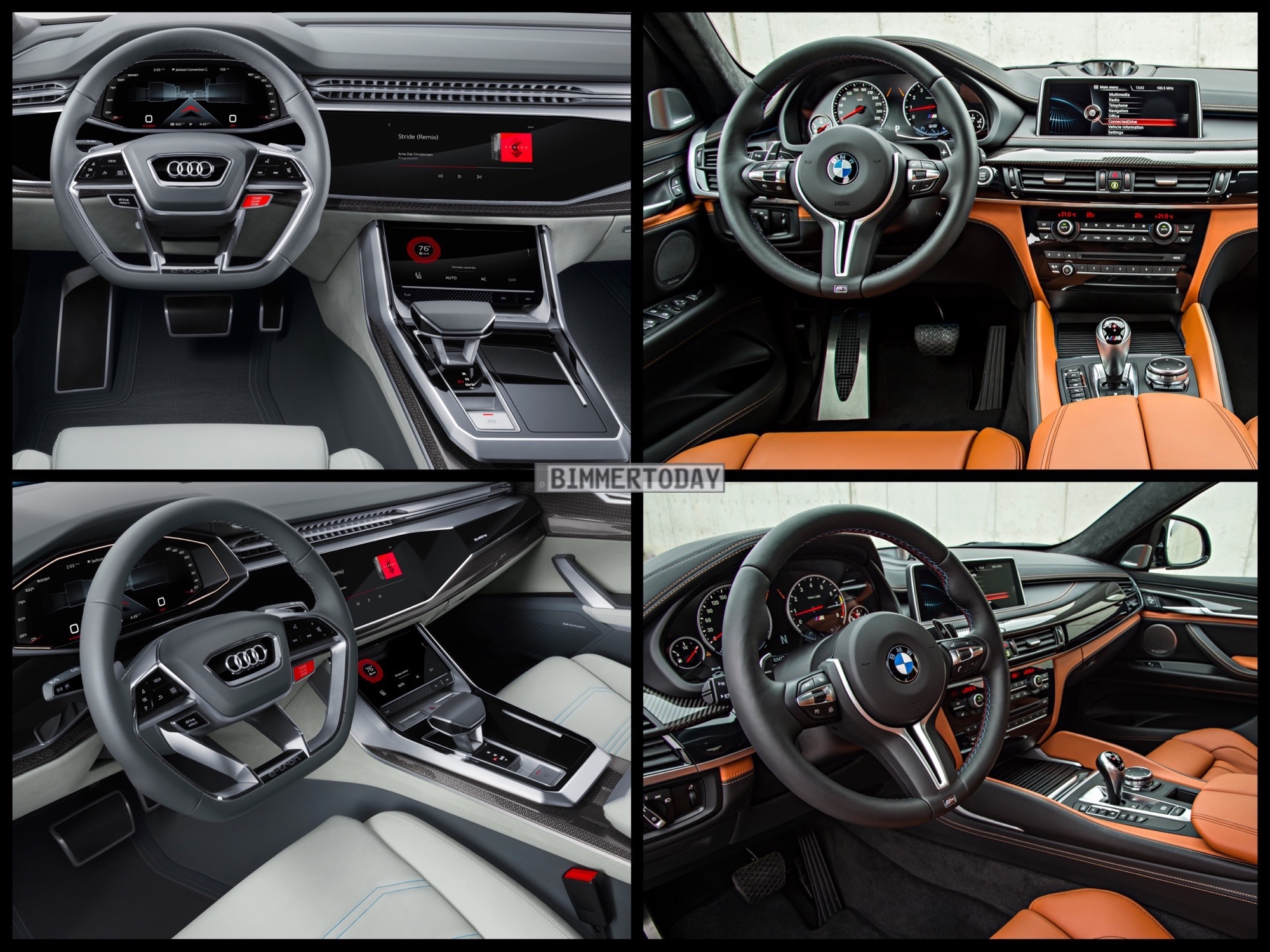