The guys from Manhart Performance are known in the BMW community for their incredibly fast cars that also come with ludicrous amounts of power. Most of the M models that come out these days end up getting a special treatment. The BMW M4 was no exception and shortly after it was launched, the Manhart team revealed the MH4 550 model. 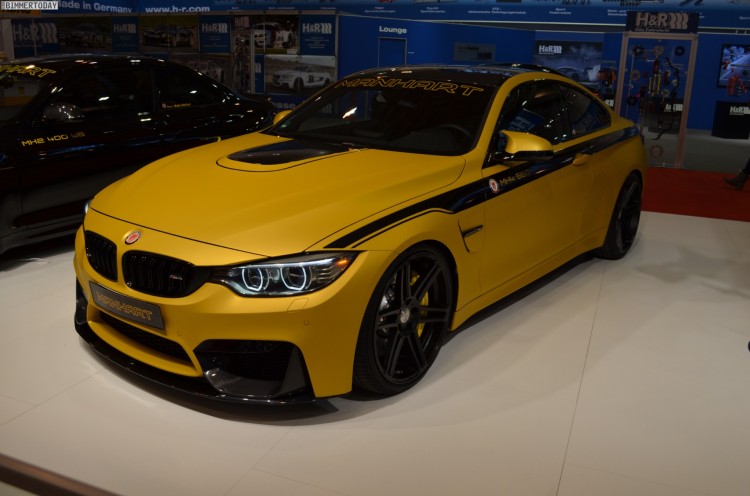 This was possible due to the new ECU map, K&N air filter as well as a new exhaust with catless 3″ downpipes. The sound was also changed accordingly. Other changes revolve around other performance factors. For example there’s a new KW Clubsport coilover system now installed under the sheet metal, set up according to Manhart’s own racing specifications.

Of course, the visuals matter as well and on the outside you’ll notice Manhart’s 21-inch performance wheels, all of them wrapped in Continental Sport Contact SP tires. Behind those wheels you’ll find BMW M5 F10 6-piston, 400mm drilled rotors up front and BMW M5 F10 2-piston, 360mm drilled discs round the back. There’s also an M Performance splitter up front and an Akrapovic difusser round the back.

The video claims that only five of these cars were ever made. Given their price tags, they are a rare sighting and a head turner everywhere they go.