The BMW M4 GTS is the fastest track car you can get today from BMW. Maybe when the new F90 M5 comes out that may change but we’re rather doubtful of that. The near-500 HP of the standard GTS, though, might seem like nothing to some and that’s where tuners step in.

So far, the most powerful upgrade kit for the M4 GTS seemed to be the one from the guys over at G-Power. They can reportedly take the power output of the 3-liter S55 twin-turbo straight six engine up to 615 HP and 740 Nm (546 lb-ft) of torque. However, it takes a lot of work and involves hardware changes as well as an ECU remap.

Now there’s a new crew on the map though that claims they can get even more out of the small engine under the hood of the M4 GTS. Taking advantage of the new water-injection system that prevents knock at higher turbo pressures, the guys are said to have reached a total power output of 700 HP.

According to the video uploader on Youtube, the car achieved that level of horsepower thanks to a host of upgrades but there’s no mention of new, bigger turbos or anything like that. Instead, The Turbo Engineers (TTE) apparently changed the air intake and they definitely meddled with the exhaust system as well as the ECU. 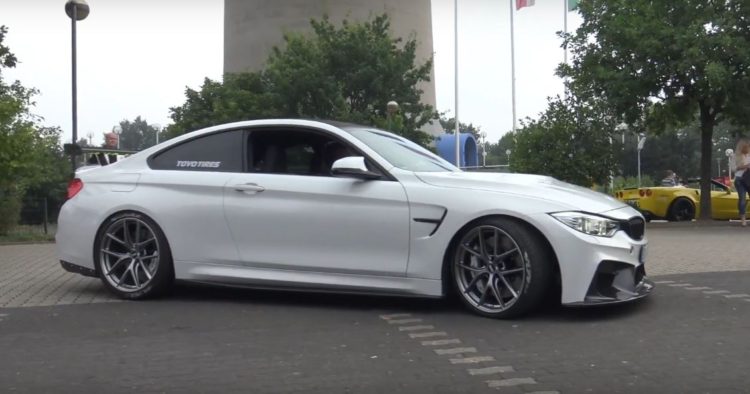 The BMW M4 GTS already comes with a different exhaust compared to the standard M4 but this one sounds like an injured lion. Along with the new sound, the video below also goes over some of the exterior changes that were done.

They include an Alpha-N Performance wing on the boot and some more carbon fiber work done to the aero of the whole thing. Overall, the TTE M4 GTS does look great but can it deliver on these 700 HP claims? A dyno chart would definitely help. Until something close to that shows up, take all of this with a grain of salt.