Recently, Mercedes-Benz has revived its failed Maybach brand by reducing it to essentially a high-end trim level. The Mercedes-Maybach S600 is essentially just a V12-powered S Class with some nice pillows in the back seat. Admittedly, it’s a wonderfully luxurious car that feels more special than the standard S Class. But it still doesn’t compare to the Rolls Royce Phantom or Bentley Mulsanne. In fact, the Maybach S600 is more competitive with the BMW M760Li V12 Excellence.

However, Mercedes seems to be planning something new for its Maybach brand, something that will debut at Pebble Beach next week. The Stuttgart-based brand has teased an image of the hood and roof line of what seems to be some sort of Maybach Coupe (show above). The teaser image is clearly of some sort of concept car, and not a finished product, but it looks massive.

At nearly six meters long (almost 20 ft), this supposed Mercedes-Maybach Coupe will be enormous. Considering that the Mercedes-Benz S Class Coupe is only about 16 ft long, this Maybach Coupe will be considerably longer. This would indicate that it isn’t based on the S Class Coupe and it’s its own car entirely. If that’s the case, then it’s possible that Mercedes-Maybach is trying to compete with the Rolls Royce Wraith.

That would be an interesting play by Mercedes, as the Maybach brand failed quite badly the last time it attempted to tackle the two main British luxury brands, Rolls Royce and Bentley. However, that imposing length sure does make it seem like that could be the direction Mercedes is taking with Maybach. 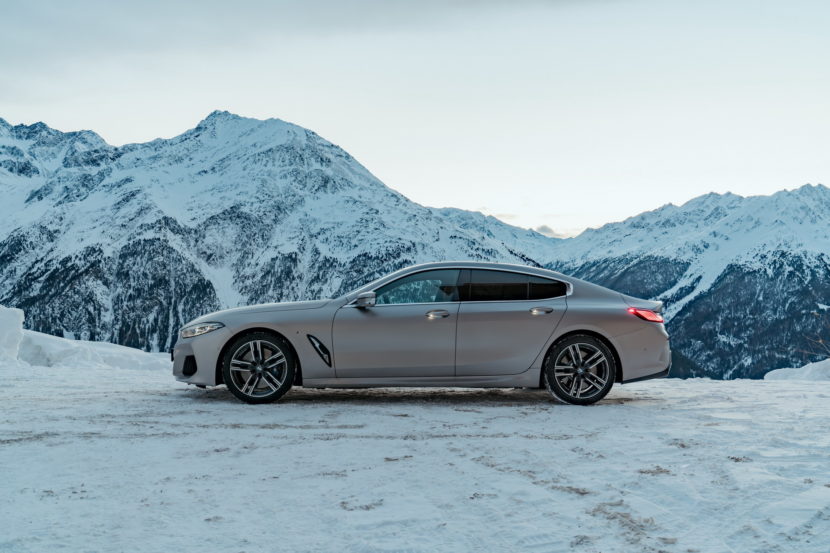 Although, it’s also possible that this new Maybach Coupe is indeed based on the S Class Coupe. Mercedes could have just stretched out the wheelbase a bit and created something more imposing looking and more luxurious. If this is the case, and this ends up being a Mercedes-Maybach S600 Coupe, it would more likely take on the upcoming BMW 8/9 Series Coupe. We already know that BMW is working on an uber-luxurious two-door grand-touring coupe. So this could be Mercedes-Benz’s answer to such a car.

We’re not positive on what play Mercedes is attempting to make, here. It could be a Rolls Royce Wraith competitor or it could be a BMW 8/9 Series competitor. Whichever it is though, expect it to have an enormous amount of luxury, V12 power and a ton of back seat pillows. We’ll keep you updated on the Mercedes-Maybach Coupe next week at Pebble Beach.