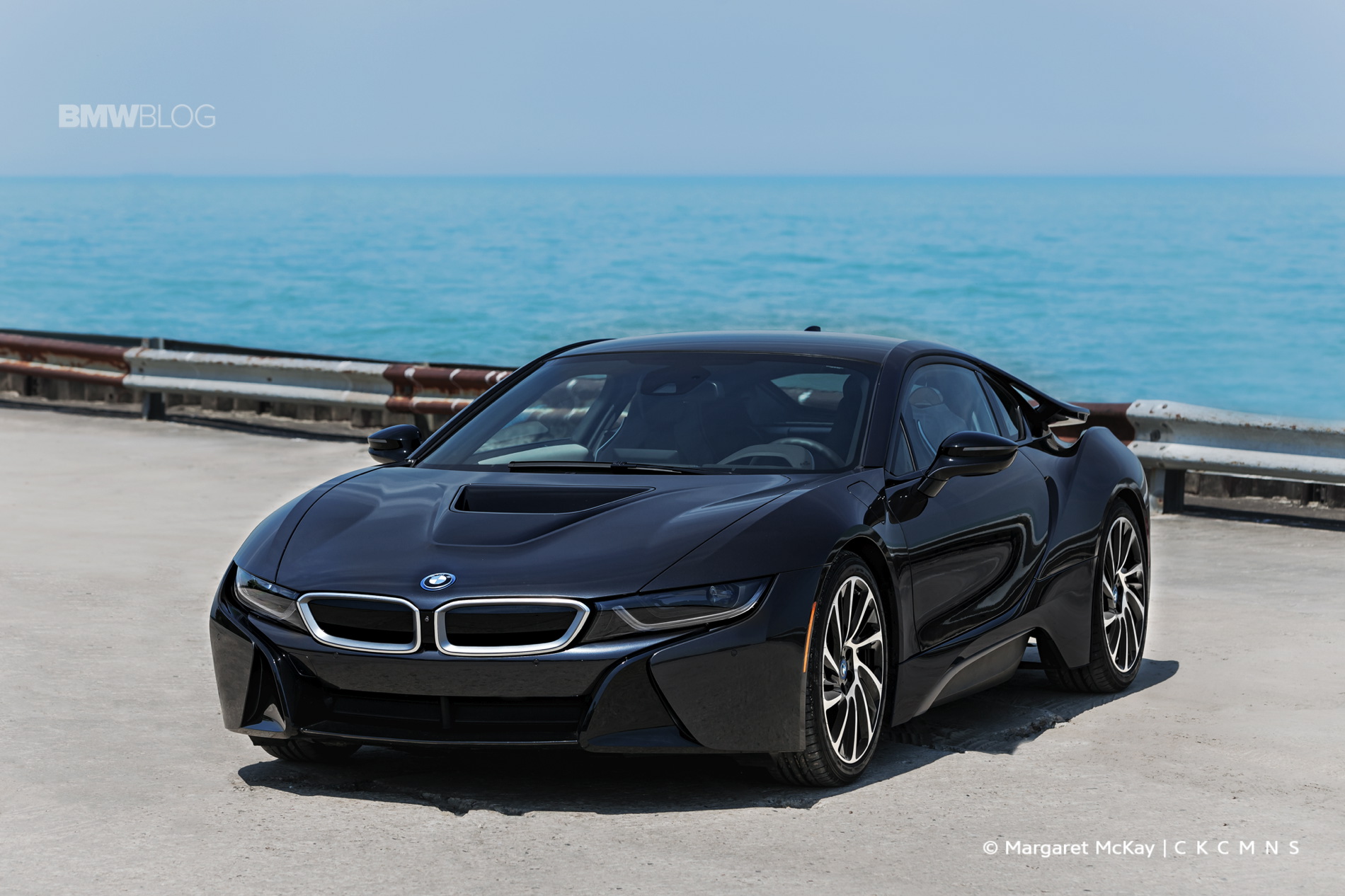 BMW, the Ultimate Driving Machine, is a brand that’s built its reputation on speed, noise and performance. It’s a brand that’s given us such undeniable classics like the E30 M3 and E39 M5, while also building absurdly fast monsters, like the X5 M. However, the brand has now started to shift focus to hybrid and electric power and much less so on horsepower and performance. That’s not to say that the Bavarians have gone soft, but that the brand’s focus is no longer singular.

In fairness, though, BMW has always been about pushing the technological envelope, trying to create the best possible driving machines using the latest cutting edge technology. So it’s no shock, really, that BMW is looking to use hybrid or electric power for its new vehicles because those are the current technological trends.

But BMW has actually been working on electric vehicles for some time now, with BMW EVs dating back to the 1970’s. So let’s take a look at the Bavarians’ top five best efforts at hybrid/electric propulsion.

We can’t make a list about the best EV BMWs without mentioning the 1602e. Built on the Neue Klasse 1602, the BMW 1602e was the brand’s first real attempt at a purely electric vehicle for the consumer. With a 32 kW electric motor, sourced from Bosche, the 1602e developed just 48 bhp. This made it incredibly slow, only being capable of 0-30 mph in around 8 seconds. Glacier is more like it.

BMW claimed that at around 30 mph, the battery pack would only last 19 miles. That battery pack, by the way, consisted of 12 standard car batteries linked together, which weighed a whopping 350 kg (771 lbs). But 19 miles, for 1972, isn’t actually that bad. BMW first showed off the 1602e at the 1972 Olympics in Munich, where two of them were used as marathon support cars. So, despite having awful performance and range numbers, by modern standards, the BMW 1602e makes this list because it was the first real introduction of electric propulsion for the everyday consumer from BMW. Take that, Tesla. 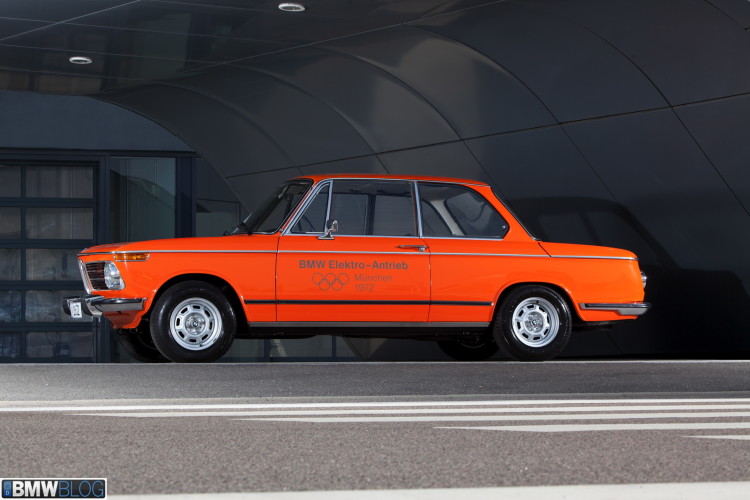 Based on the first-gen BMW 1 Series coupe, the ActiveE was the prelude to modern BMW i cars, like the i3. Using the powertrain borrowed from the MiniE, the BMW ActiveE developed 168 hp and 184 lb-ft of torque, which made it good for 0-60 mph in around 9 seconds. That’s pretty slow by 1 Series standards, but considering that most BMW 3 Series diesels of the time weren’t much faster, it was so bad.

It also handled pretty well for tipping the scale at over 4,000 lbs in a tiny 1 Series body. The majority of that weight was batteries, something BMW learned from moving forward. BMW claimed that the ActiveE was where it learned a lot of its lessons from for the BMW i3, where lighter weight and less batteries make for a better EV. Without the ActiveE, we don’t have the i3. So it goes on the list. 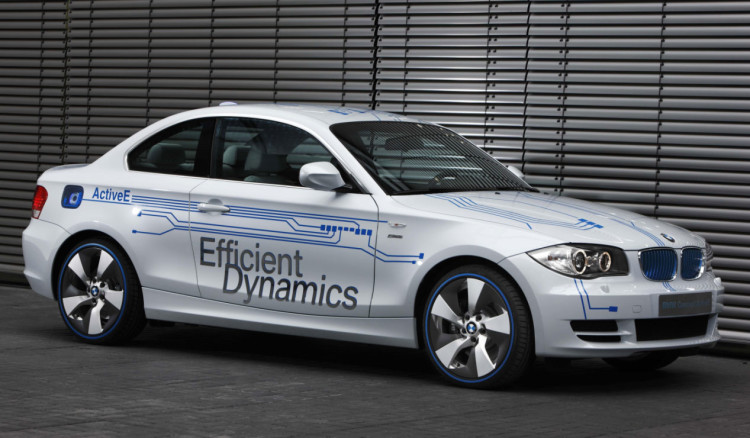 While the X5 xDrive40e might not be the sexiest of cars and putting a hybrid powertrain in such a heavy SUV might seem contradictory, it’s still a brilliantly executed car and it’s the sort of car that’s going to help BMW a lot moving forward. Emissions regulations are getting so extreme in Europe nowadays, with some of it trickling over to the US, so BMW needs to start developing more fuel efficient variants of its most gas-guzzling cars. That’s where the X5 xDrive40e comes in. It’s also just a fantastic car in its own right.

With absolutely brilliant powertrain calibration that shifts between gasoline, hybrid and pure electric power so seamlessly that if there weren’t a tachometer, it’d be impossible to tell. Its ability to go 19 miles on pure electricity alone and up to 75 mph make it a superb around-town SUV. It’s also quick, getting from 0-60 mph in just over 6 seconds. It uses a 240 hp 2.0 liter turbo-four with a 111 hp electric motor paired to an eight-speed automatic and drives all four wheels. The xDrive40e blends all of the best features of an X5 with the efficiency of a hybrid. I personally loved the time I spent with it and it’s one of BMW’s best hybrids. 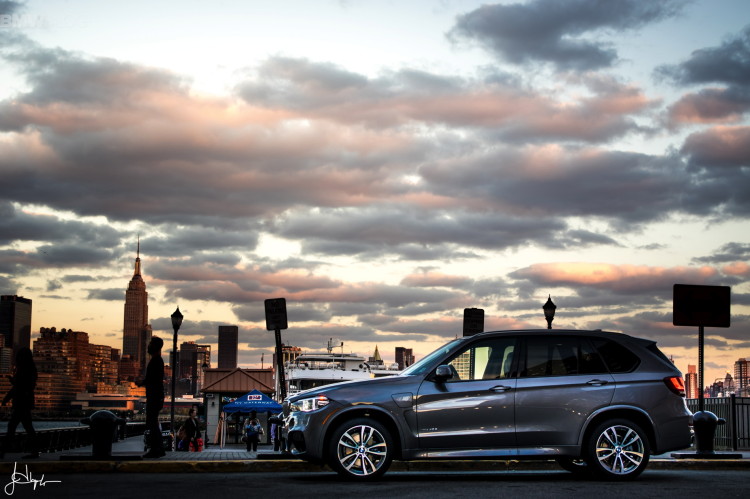 It’s no surprise that the BMW i3 is really high on this list. Not only is it one of the best EV BMWs ever made, it’s one of the best EVs ever made, period. People may argue that the i3 is pure hype and lacks the substance to rival cars like the Tesla Model S. This is mostly due to its range, now 114 miles, which is dwarfed by Tesla’s 200-plus mile ranges. However, the Model S doesn’t really change the game or move the bar forward, in terms of electric propulsion, as it’s just a big heavy car packed with a trillion batteries.

The BMW i3 rethinks the electric car, making it incredibly light so that it doesn’t have to trade performance for range. The BMW i3 is made almost entirely from CFRP (Carbon Fiber Reinforced Plastic) and aluminum, so it weighs in at under 3,000 lbs. The Model S? Almost 5,000 lbs. The BMW i3 changes the game in terms of the way automakers will approach EVs. So it’s easily the second best EV/hybrid BMW has ever made. It would be number one if the next car wasn’t so brilliant. 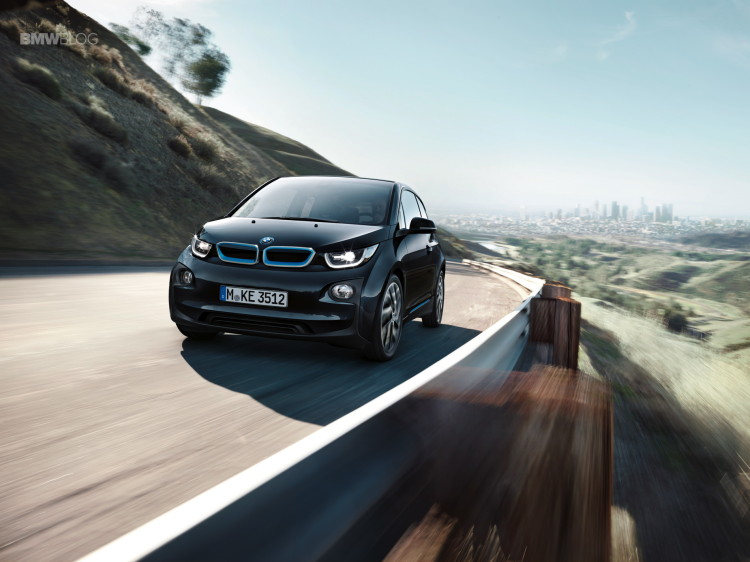 Whenever a company offers a product that similar to really expensive, high-end products but at a fraction of the price, it’s never really any good. However, BMW’s i8 is a car that provides a driving experience and powertrain setup similar to the seven-figure Porsche 918, McLaren P1 and Ferrari LaFerrari for literally a tenth of the price and its brilliant.

The BMW i8 packs a 1.5 liter turbocharged three-cylinder engine and an electric motor that power the rear wheels through a six-speed automatic gearbox while another electric motor powers the front wheels independently. It can also drive up to 15 miles on pure electricity. Total system power is 357 hp and the i8 is capable of 0-60 mph in as low as 3.6 seconds. So despite only having three cylinders, it’s supercar fast.

Why, you ask? Like the i3, the BMW i8 is very light, weighing less than 3,400 lbs because again, much like the i3, the i8 is made almost entirely from CFRP and aluminum. 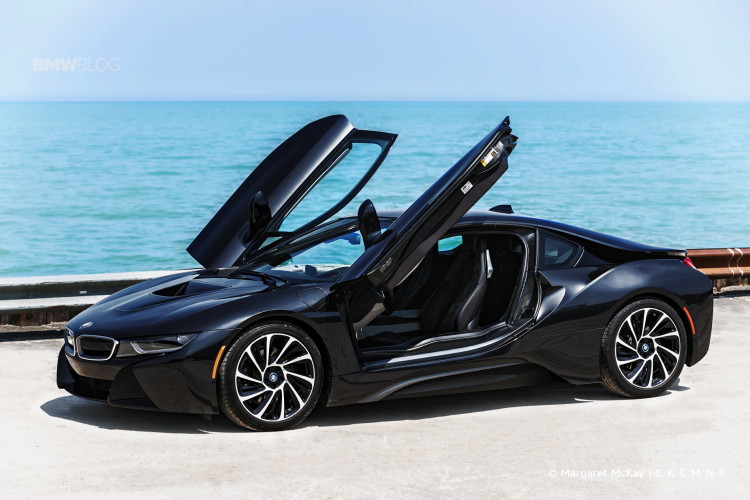 But what makes the BMW i8 the best Bavarian hybrid/EV is its ability to bridge the gap between sports car and hybrid car. It blends the brilliant excitement and driving dynamics of a super car with the eco-friendly ways of a hybrid or EV. The BMW i8 shows us that we can live in a world without compromise and can have eco-friendly sports cars. It shows us that when the fuel runs out, the fun will not. And that concept alone makes the BMW i8 the best alternative powertrain BMW of all time.