Video: Charge Up the Goodwood Hillclimb onboard a BMW M4 GTS

Last weekend was all about the 2016 Goodwood Festival of Speed with hundreds of thousands of motoring fans attending the popular event. BMW was the Honored Marque this year, celebrating its 100th anniversary by bringing out the best it has to offer today as well as some iconic models from its glorious past. One of the cars that went up the famous Goodwood hill was the new BMW M4 GTS, a car that broke records with its incredible agility and exquisite power. 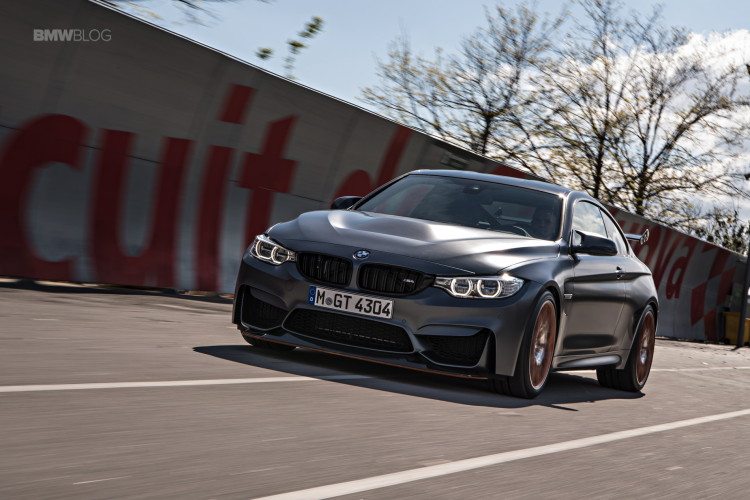 The guys from Munich also had the inspiration to bring a 360-degree camera along, therefore allowing us to hop along for the ride. The video below shows exactly how the run felt from inside the racer and we couldn’t be happier that we got to experience it, without having to travel to the UK. Of course, getting a ride inside the M4 GTS as it climbed would’ve been better but we’ll get what we can.

As for the car itself, being one of only 700 units to be made worldwide, it was simply stripped naked by the eyes of the public. Everyone paid attention once it launched, as the rear tires squealed being rubbed against the asphalt by the 500 HP the 3-liter S55 straight six engine is capable of delivering thanks to water injection. If the following video convinces you to buy one though, you might be out of luck as most cars have already been accounted for.