At the end of May, the BMW Welt museum in Munich hosted the BMW M Days festival. To properly celebrate the M brand, the German automaker managed to break one of their own records, delivering 73 M automobiles over the course of one day, thus releasing a total of around 34,000 horsepower into the world. We were there to see them all take off and today we’re back with a video of how things went down.

Out of the 73 M cars delivered, 45 were the sought-after BMW M4 GTS, probably the most desired car in the BMW portfolio today. What makes this delivery even more special is that only 700 of these beauties will ever be made and delivering 45 of them in one day is quite an achievement. To get a better grasp of how big this event was, think about the fact that for the entire US population, only 300 of them have been allocated. 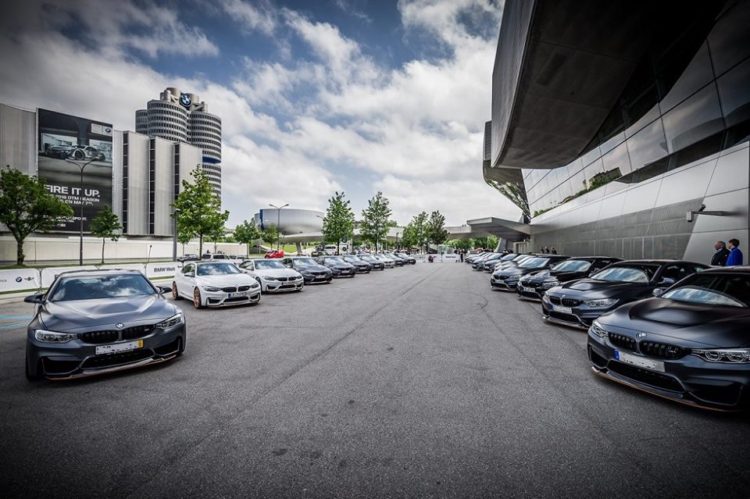 Other M models included bespoke versions of the M3 such as the newly unveiled Competition Package models as well as the 30 Years Anniversary editions. All in all, the average horsepower for a car delivered that faithful day at the BMW Welt adds up to 461.5 horsepower (the exact total figure was 33,694 HP). That’s not bad for one day and we’re already looking forward to the next record to be broken.

As for the highly desirable M4 GTS, the pricing for one kicks off at 142,000 Euros which translates to around $160,000. For that money, you get BMW’s fastest road-going model ever built as well as the fastest car they put around the Nurburgring with a lap time of 7 minutes and 28 seconds.