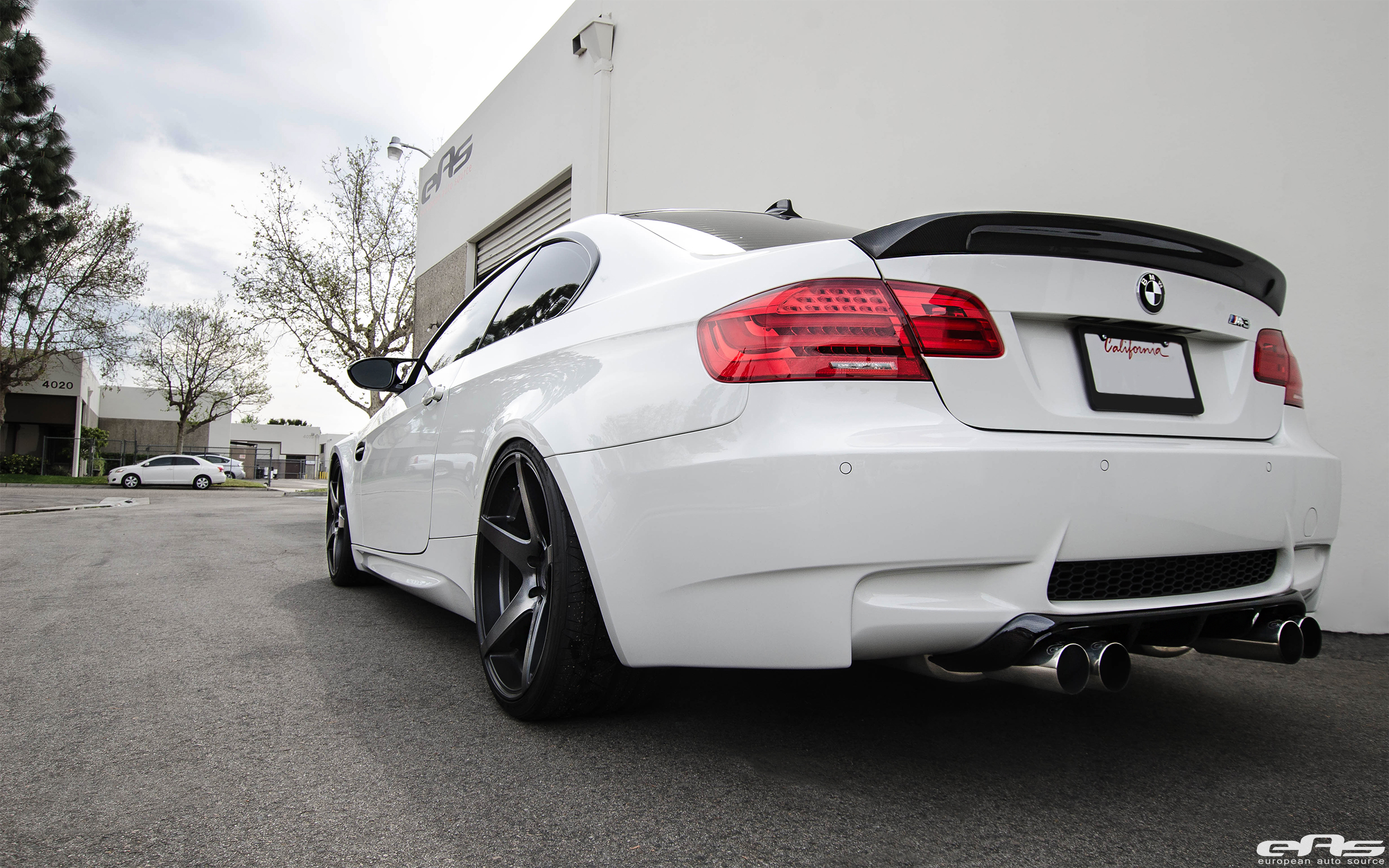 The BMW E92 M3 is one of the most popular M3 cars ever built by BMW. With the new generation F80/F82 M3/M4 on the market, prices for the V8-powered M3 have dropped bringing new customers to the Most Powerful Letter The World. At the same time, the E92 M3 is without the doubt the most tuned BMW at the moment. Every week a new M3 project pops up giving us a look at some aftermarket touches.

The owner of this BMW E92 M3 decided to take his M3 over to European Auto Source for some aggressive upgrades. First, this Alpine White M3 received a set of ADV1 5 MV.1 Wheels. The wheels utilize a five-spoke design, not often seen on a BMW. The M3 was lowered so the wheels now fit properly on the car. 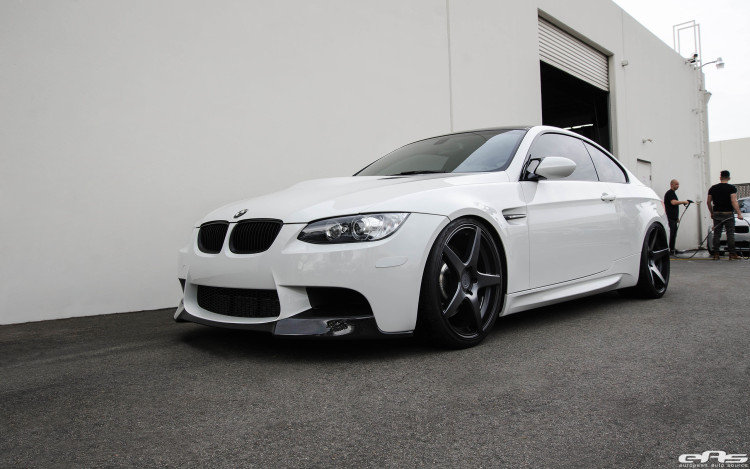 Additionally, you will find an over-the-top carbon fiber front splitter that enhances the car’s sportiness. A carbon fiber diffuser and a decklid spoiler are also gracing the M3’s exterior body. Last but not least important, this M3 drop its stock exhaust system for a Remus aftermarket exhaust that aims to improve the acoustics of the already V8 engine.

With that in mind, it’s safe to presume the owner is enjoying his newly modded M3 along with the growling sound coming out of those quad exhausts in the rear. 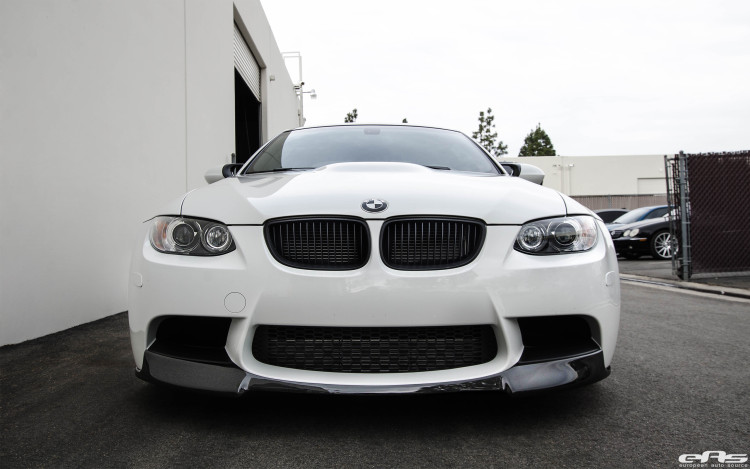 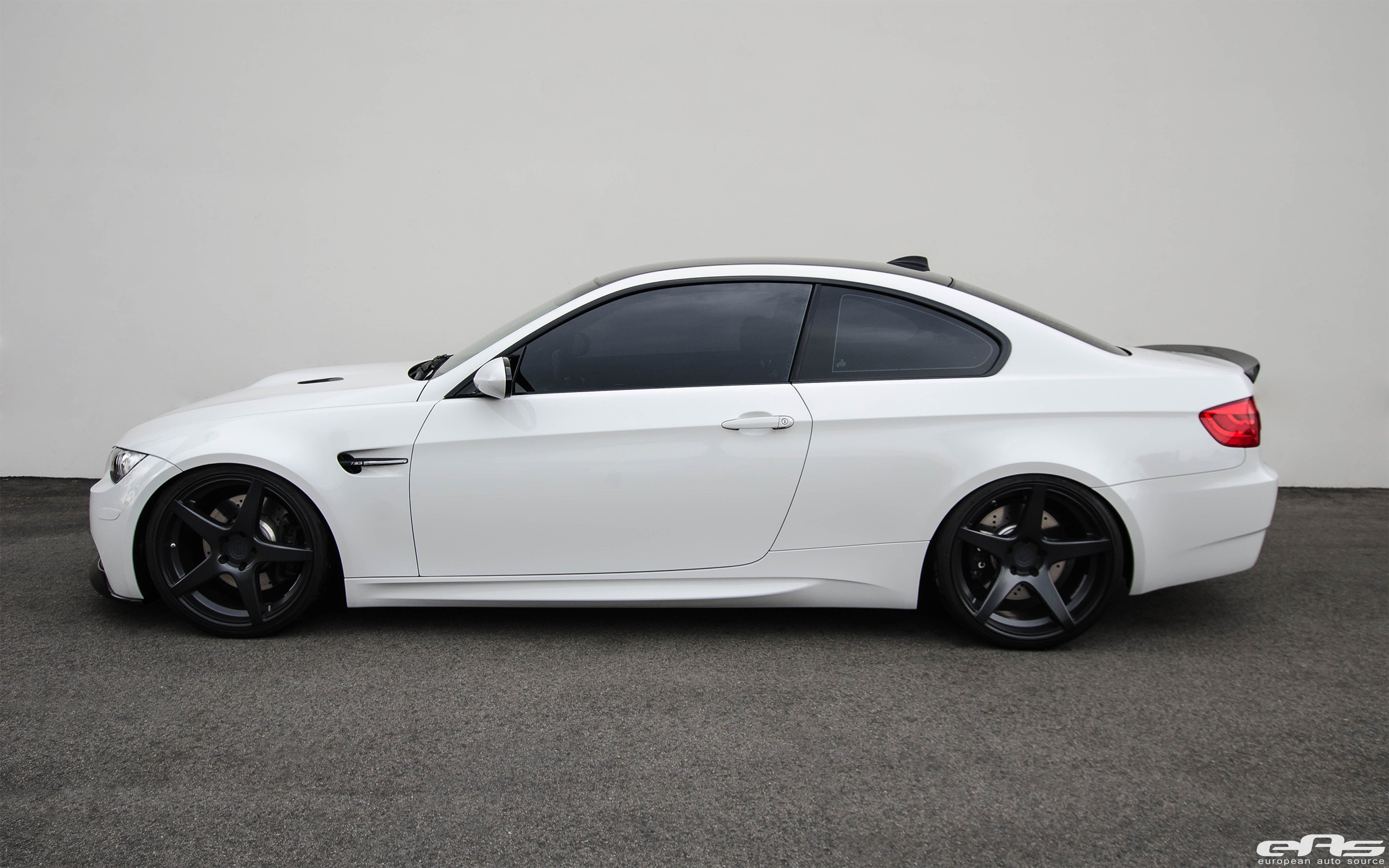 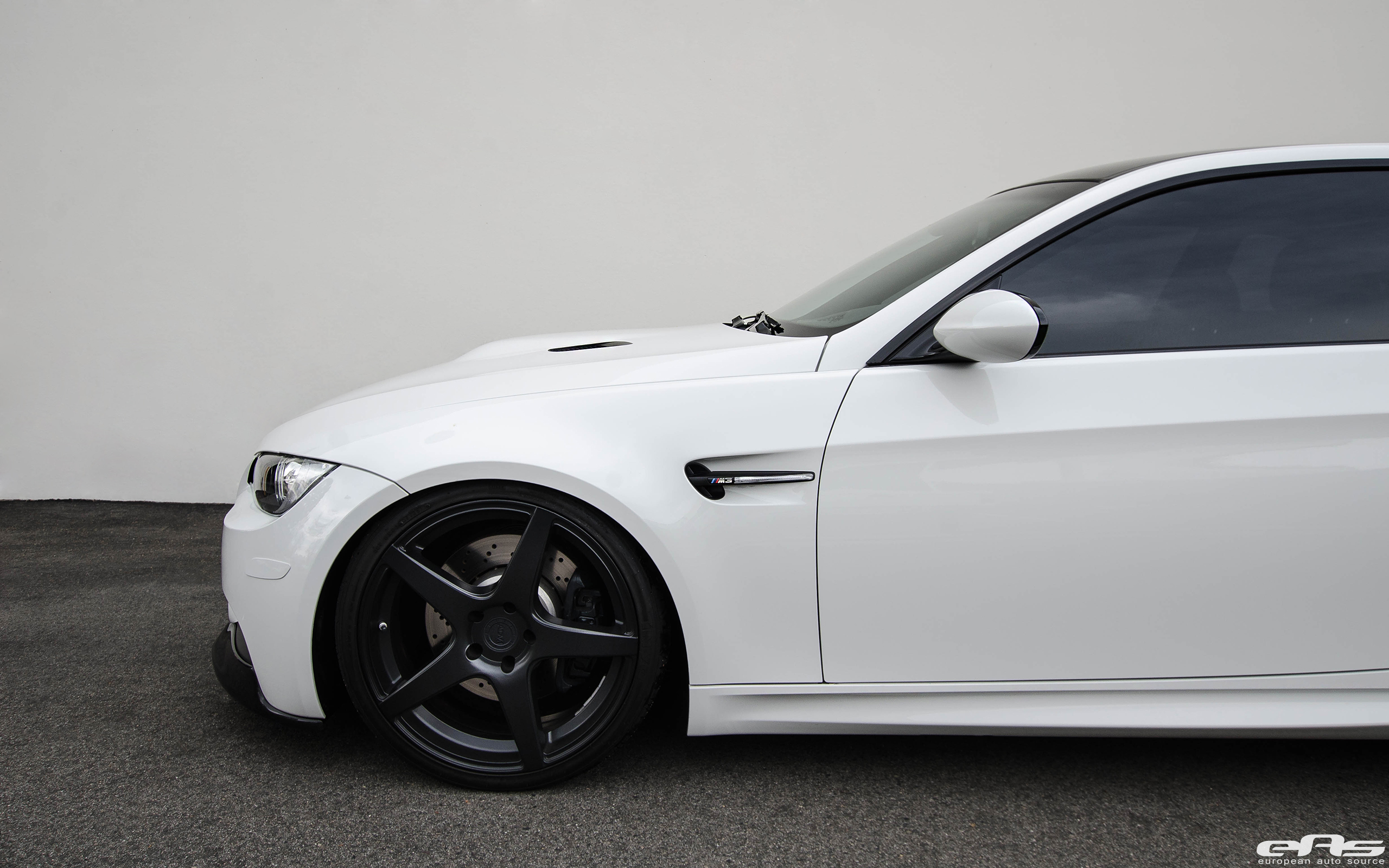 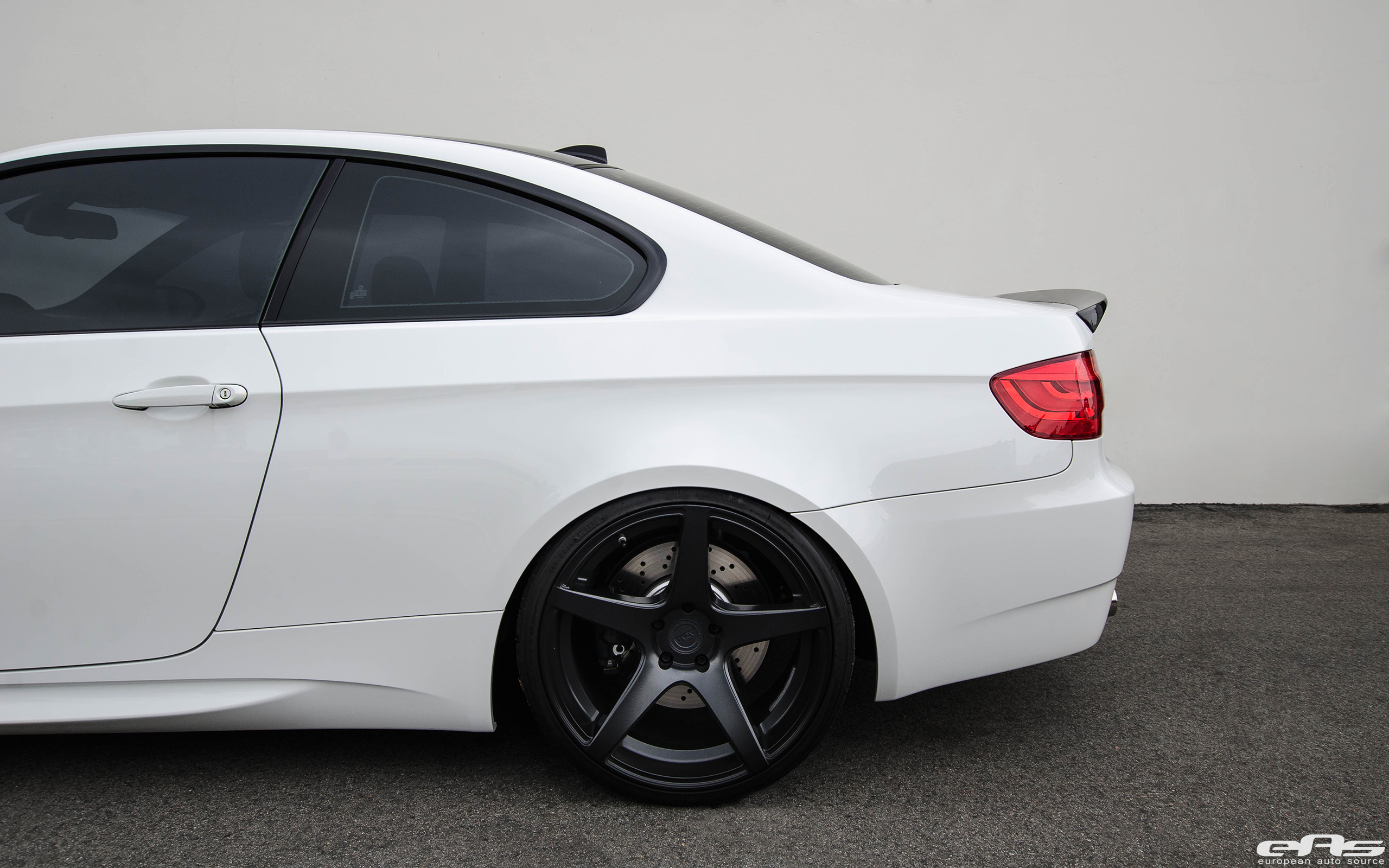 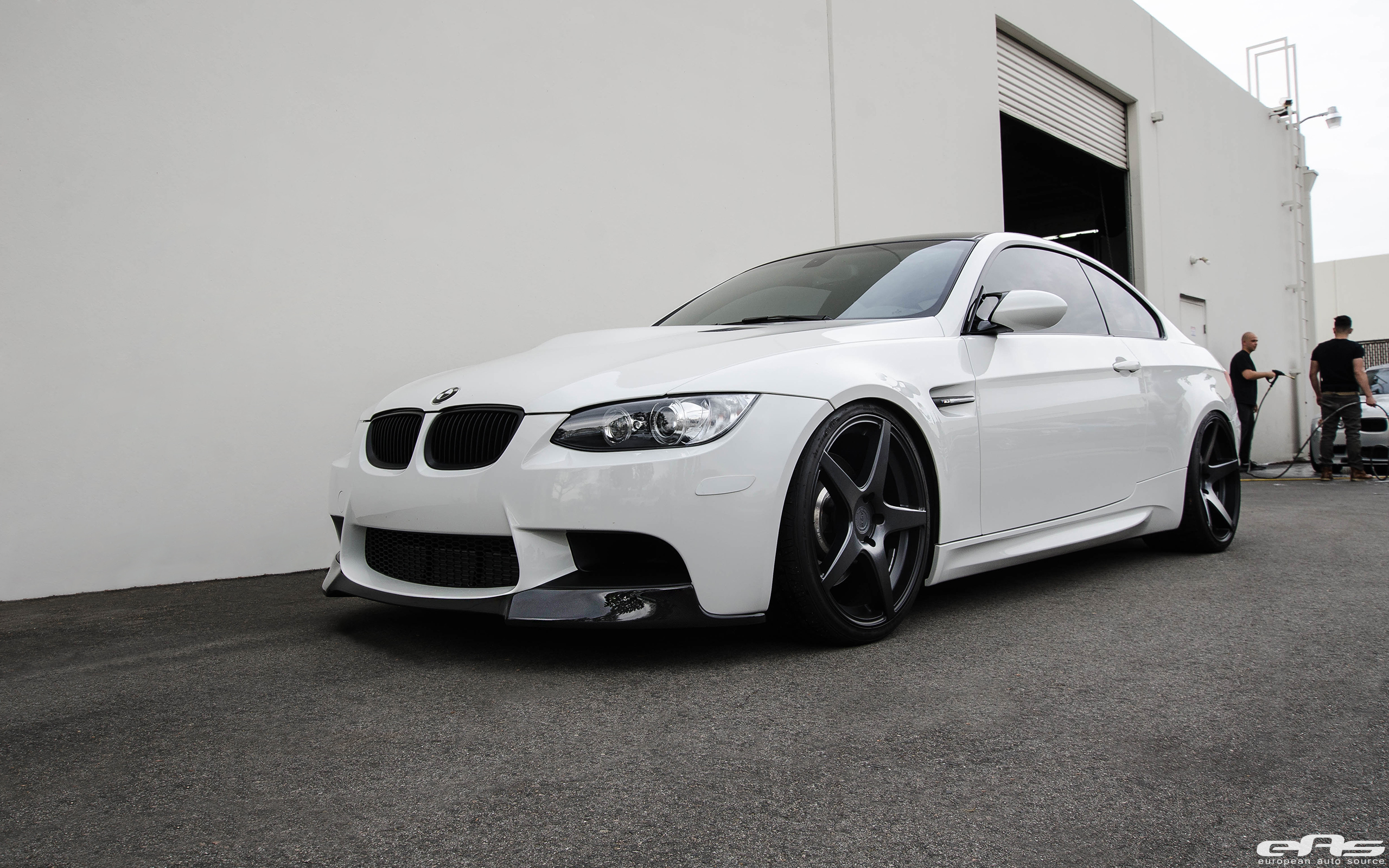 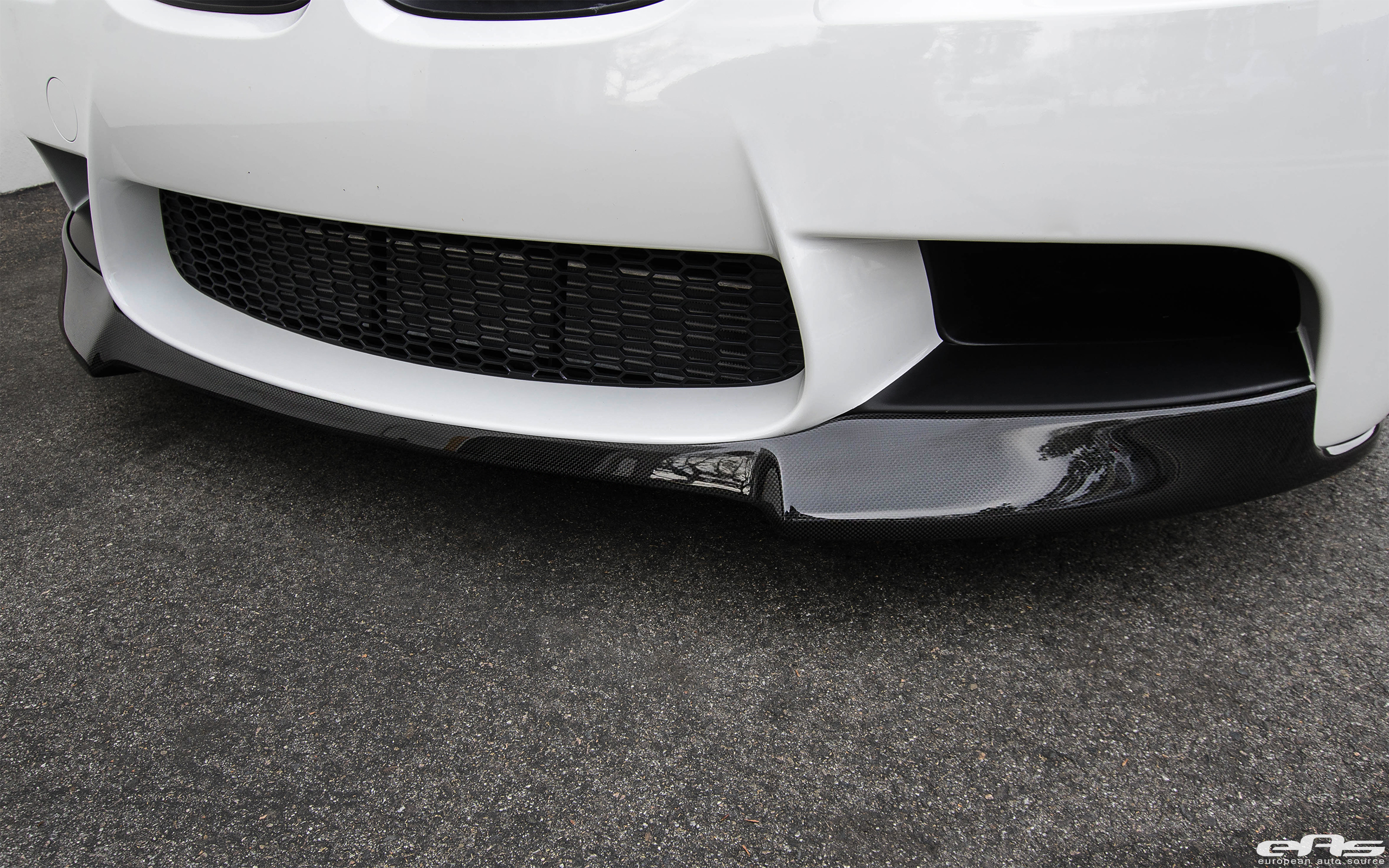 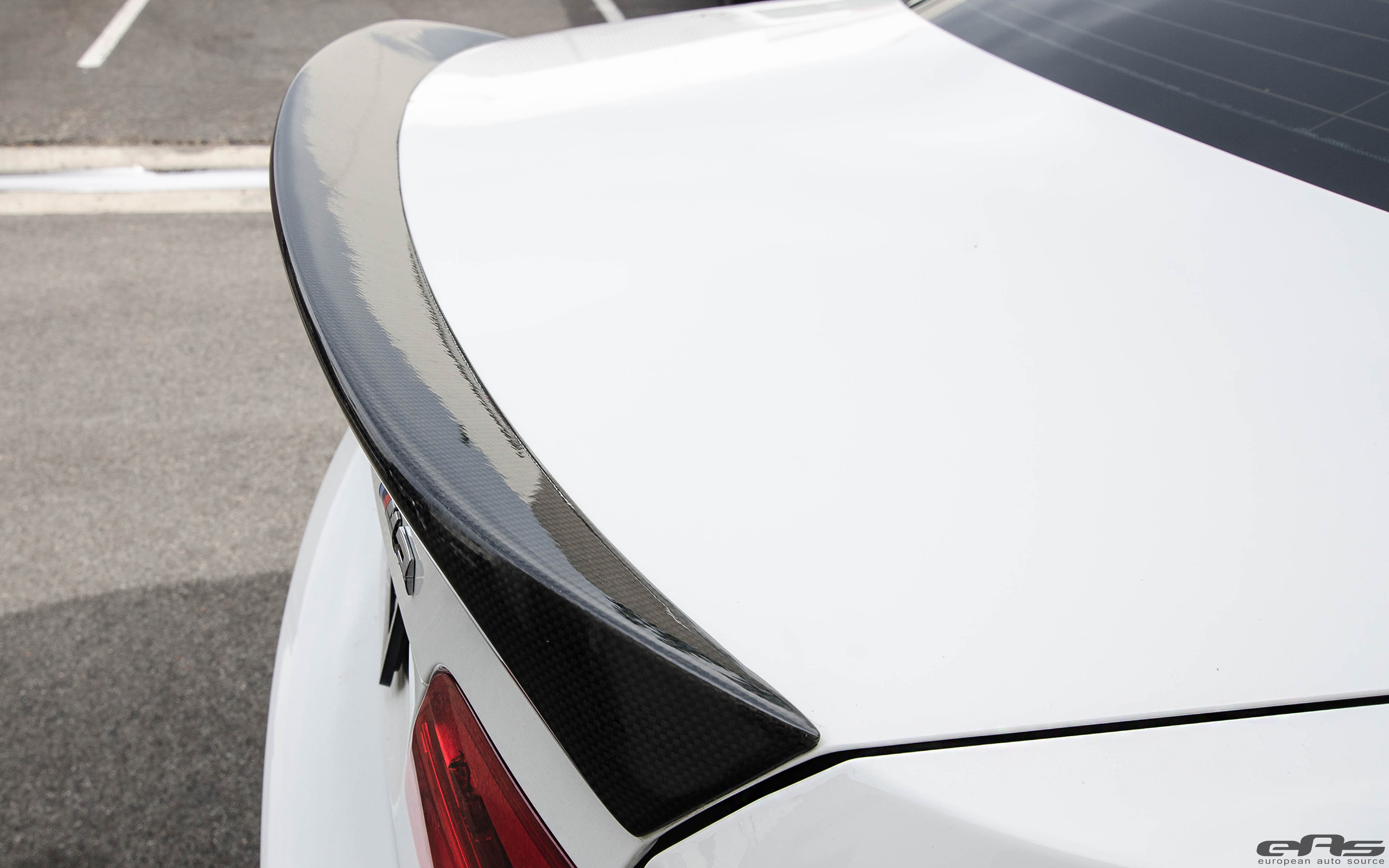