The guys from G-Power are known for their crazy-fast BMW projects. While some complain that the old BMW M3 lacks massive torque, the German tuner went to work and built a host of supercharger kits for the E9x platform that would bring out the inner beast of the old V8 plant. One such model is the G-Power M3 SKII Clubsport (CS).

That’s a mid-level tune for the M3 that would take it from the stock 420 PS and 400 Nm (295 lb-ft) to a whopping 630 PS and 590 Nm (435 lb-ft) of torque. These new figures were achieved using G-Power’s own supercharger setup that was developed in-house. The ASA T1-523 supercharger would be provided if you decided to purchase an SK II CS kit along with 8 new spark plugs, 8 new injector nozzles with increased flow rates, a new ECU map, new fuel-pump system and a mandatory removal of the speed limiter that would allow you to reach speeds in excess of 186 mph. 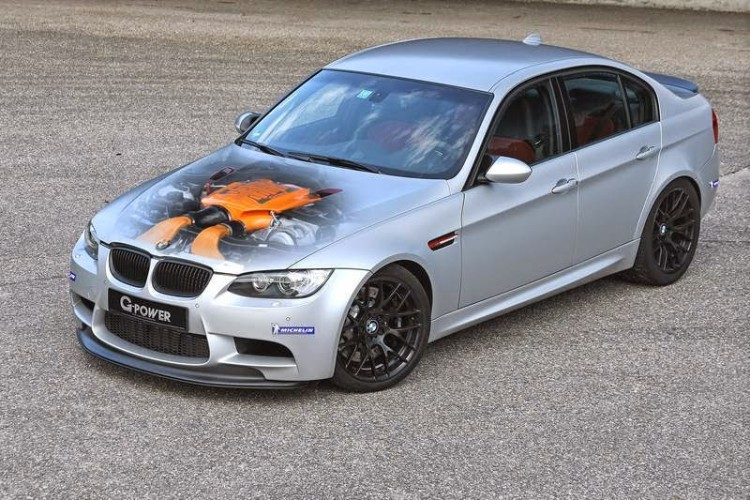 And while that may sound too good to be true, G-Power is known to deliver on its promises. The video below is proof enough of the madness created by the German tuner. As you’re about to see, the car is capable of incredible performance, reaching a top speed of about 340 km/h (about 211 mph) without seemingly breaking a sweat. As a matter of fact, it looks as if the 300 km/h (186 mph) threshold was reached in under 30 seconds.

There’s a catch involved, though. All of this comes with a hefty price. The SKII supercharger system alone costs 9,940 Euros and that doesn’t include installation. Furthermore, it is mandatory to change the exhaust system as well to make it work, so you’ll need to spend almost 5,000 Euros extra on it, to make sure the extra fumes from the cylinders are disposed of properly. That means you need to spend at least 15,000 Euros to get this level of performance, on top of the money needed to buy an M3 in the first place.