Motor Trend has a recurring video series on YouTube, called Head 2 Head, where they put two cars…head to head. The idea is that it’s near impossible to actually compare two cars together and come up with a genuine victor without getting in and driving them back and forth. So that’s what they do, on both road and track, to figure out which car is better than the other. And in this latest episode, they compare the BMW M4 vs the Chevy Camaro SS.

Admittedly, this test seems a bit one sided at first glance. The Camaro won Motor Trend’s Car of the Year award, so they clearly think it’s one of the best cars on sale right now. Then, they’re driving an M4 that’s spec’d quite oddly, as their tester costs $81,000 but doesn’t come with adaptive dampers, the DCT gearbox or leather seats. So what options does it have to bump it up that high? But at least they’re both equipped with manual gearboxes, are both rear-wheel drive and are driven on the track by the same driver.

In all objective testing, the cars are nearly identical to each other. Performance figures for both cars are so similar that it’s freakish. The Camaro does 0-60 mph in 4.1 seconds while the M4 does it in 4.2, the Camaro does the 1/4 mile in 12.4 while the M4 does it in 12.5 and they even have an identical figure eight time of 24.1 seconds. So it’s really close between the two cars. One the race track, with both driven by pro racing driver, Randy Pobst, the BMW M4 beats the Camaro SS by less than a second. So neither car really has a performance advantage, as the Camaro is slightly better in a straight line while the M4 is slightly better in the twisty bits. Objectively.

However, when they got the two cars out on the open road and tested them subjectively, they felt that the Camaro SS was the far superior car. We’ve heard this before, that the BMW M4 has numb steering and sounds weird, but they really rag on the M4 here, going as far as to say that it’s horrible and that the Camaro SS is miles ahead in every subjective sports car metric. Now, we can’t comment on whether or not they’re right or wrong, because we haven’t driven the Camaro SS, but we’ve driven the M4 and it’s far from horrible. In fact, it’s an excellent driver’s car and one that’s very fun to drive. Now maybe the Camaro SS is so mind-bendingly good that it shows the M4’s flaws on a bigger screen, but it has to be really flipping good to do so. 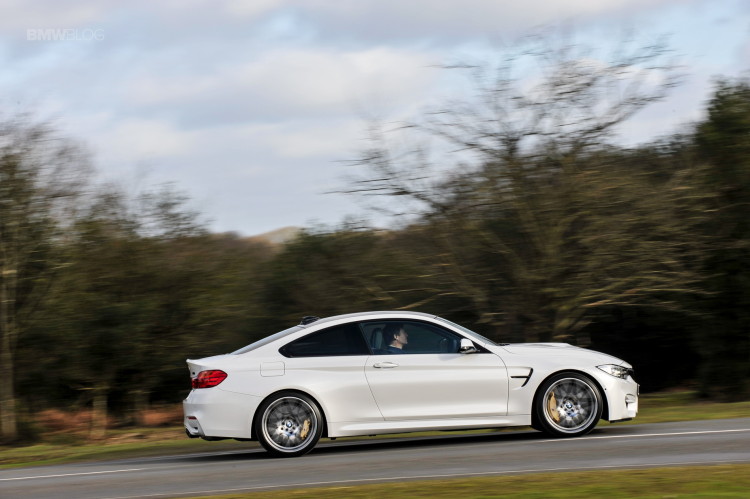 But a car we have driven, a car that has the same chassis and suspension setup as the Camaro SS, is the Cadillac ATS-V. That car is very similar to the Camaro SS, aside from the engine, so we can somewhat guess what the Camaro SS will be like. The ATS-V is a great car, it really is. It’s fast, fun to drive, has great handling dynamics and can genuinely put a smile on your face. But choosing between that and the M4 is really hard, as they’re both so good and so similar in they’re performance, both objectively and subjectively. So we have a hard time seeing as the Camaro SS being so spectacularly fantastic that it makes the BMW M4 seem downright horrible.

Maybe it is stupendously great, maybe the Camaro SS rewrites the book on what modern performance cars are supposed to be. Who knows. But we do know that the BMW M4 is certainly not alone at the higher echelons of the performance car world and longer. And if the Camaro SS is as good as people are claiming and it really does cost nearly half of what the BMW M4 costs, the Bimmer is in trouble.