By the Numbers: BMW M4 vs Chevy Camaro SS

Home » By the Numbers: BMW M4 vs Chevy Camaro SS

We’ve yet to drive the brand new 2016 Chevy Camaro SS just yet, but it’s been making big waves ever since it won Motor Trend’s Car of the Year award. Another thing it’s done since then is draw many comparisons to performance cars from BMW. A Motor Trend article recently spoke of how it was better to drive than a BMW 335i and that you need to step up to an M3 or M4 to get similar levels of performance. Without having driven it, we can’t say for sure whether any of those claims hold water. But we can take a look at the numbers and try to come to a conclusion that way. So let’s take a look.

This is what everyone wants to know first, just how powerful and fast each car is. The Camaro SS uses a 6.2 liter naturally-aspirated V8 to make 455 hp and 455 lb-ft of torque (how nice and neat) which can get it from 0-60 mph in 4.3 seconds with a six-speed manual (per Car and Driver). For comparison’s sake, we’ll talk about the BMW M4 with a manual transmission as well. A manually-equipped BMW M4 uses a twin-turbocharged 3.0 liter I6 engine, making 425 hp and 406 lb-ft of torque, to get from 0-60 mph in 4.1 seconds (also, per Car and Driver). So the BMW has a distinct performance advantage, despite being down 30 hp and 49 lb-ft of torque and having two less cylinders. Credit this to the M4’s 200 lb weight advantage and lower torque curve, thanks to its turbochargers. The BMW M4 is also more efficient. 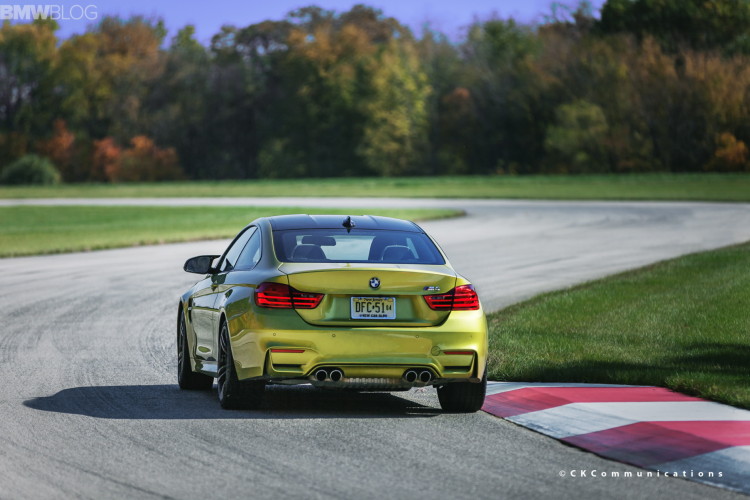 The 2016 Chevy Camaro SS didn’t gain as much praise as it did without being able to go around corners. The new Camaro can properly handle, from what I’m told. People are already claiming it to be at BMW M4 level. That’s not impossible, as it has a genuinely good chassis underpinning it, the same Alpha Platform chassis as the Cadillac ATS, and is relatively lightweight. But the BMW M4 is a proper handler as well and has already been proven as a serious performance car. We all know what the M4 is capable of. And, I don’t know about the Camaro but, the BMW M4 is a serious drift weapon and can be placed in a near perfect slide with ease. People can talk about steering feel and all that as much as they want, but until we drive the new Camaro, we won’t be able to actually compare them.

Advantage – Tie (until we drive the two back to back, we can’t declare either a winner)

Looks are generally a pretty subjective thing. It’s hard to actually argue looks because people have different tastes. But we can give our opinion and then it can be argued in the comments section for days. The new 2016 Camaro does look good, it’s just not as good as it could have looked. It’s still too squished looking, with those squinting headlights and mail-slot windows all the way around. However, there are some very good angles, particular the front three-quarters, and in profile it does look like a proper angry sports car. The interior is also much improved over the previous generation. The previous car had simply one of the worst interiors we’ve ever seen. This new one is much better, but it’s still a bit bleak. It looks much better and the materials are miles better than before, but it’s a bit cramped and dark and nearly impossible to see out of, thanks to those minuscule windows. Good luck reversing in the Camaro.

The BMW M4 is still a great looking car. It’s not the best looking Bavarian, but it’s aggressive and sexy looking all at the same time. While the Camaro looks good, there’s a level of sophistication in the M4’s design that isn’t present in the Camaro’s. The M4 is much more expensive, but it looks and feels much more expensive. This is especially true for the interior, which is a greenhouse in comparison to the Camaro. BMW has never been known for its interiors, but the M4’s driver-focused interior is a class ahead of the Camaro’s. The materials are better, the sight lines are better and BMW’s M steering wheel might be the best in the business.

This is the biggest part of the Camaro’s argument. The fact that you can get what’s pretty much a fully loaded Camaro SS for the base price of the BMW M4 is what is driving the majority of its fans. And it’s true, the Camaro SS is an excellent performance value. It looks very good, goes like hell, has a nice interior and handles great all for less than the price of a BMW 435i even. It’s fantastic value. Both cars come similarly equipped at their base prices. Both are on fixed sport suspension, both have manual gearboxes, both have limited-slip differentials as standard and both have no sunroof. However, the BMW M4 has a carbon fiber roof, whereas the Camaro has a steel roof and the BMW has a bit more leather and luxury inside of it than the Camaro. However, the M4 should have more luxury and exotic materials, considering its extra cost. But there’s no denying the Camaro’s price advantage here.

Everyone is already quick to jump down BMW’s throat over the fact that the Camaro is a better performance bargain than the M4. And it is, they’re right. But the BMW M4 seems to be the better car. The M4 is faster, despite having less power, thanks to its more sophisticated engine and lighter weight, looks better, has a nicer interior and is even much more efficient, thanks to its fancy engine. The BMW M4 costs more because it should cost more, it’s the better car of the two. That’s not a knock against the Camaro, because at it’s price point, you’d be hard pressed to find anything as fun or as fast, if there is anything even out there as good. But comparing it to the BMW M4 and saying it’s better because it’s cheaper is misguided. The M4 is the better car, that’s why it costs more. 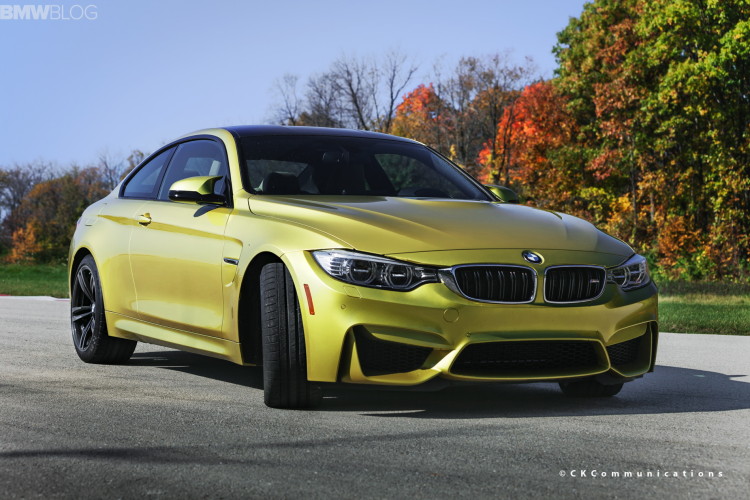 12 responses to “By the Numbers: BMW M4 vs Chevy Camaro SS”