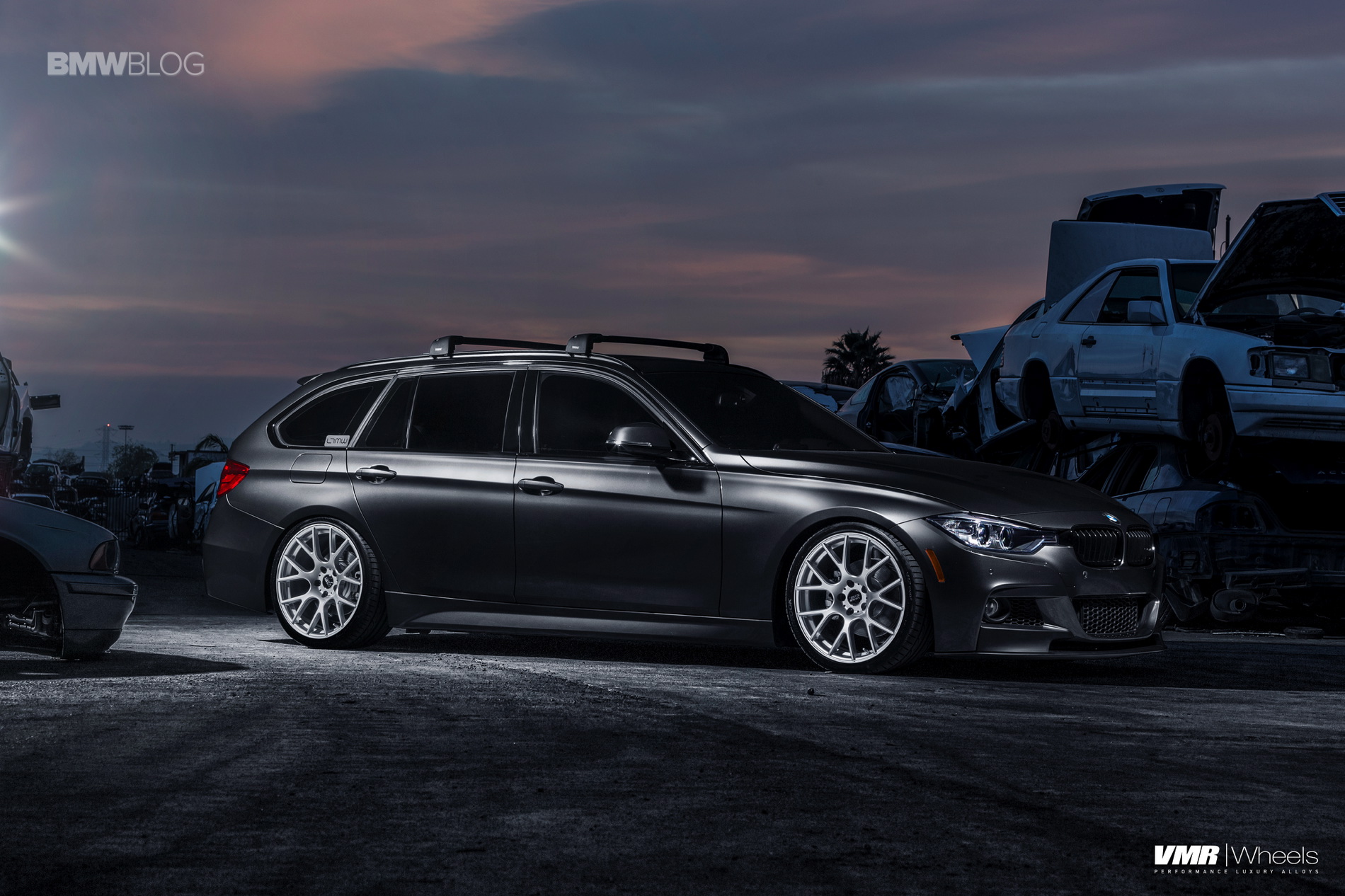 The BMW F31 3 Series Sports Wagon is a car that combines the best of both worlds into one package. Aside from the extra trunk space, the car brings the same performance that you would typically expect in a BMW 3 Series sedan. Lower the car on a set of wheels and you can quickly transform the car into something a lot more fun and appealing while maintaining its original functionality.

The owner of this Mineral Grey 3 Series Sports Wagon did exactly that with a set of the VMR flow-formed V810’s in a Hyper Silver finish. 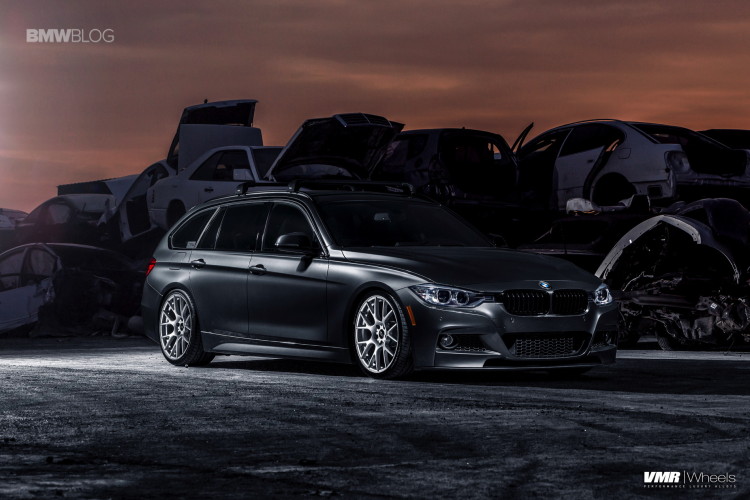 Furthermore, the sporty touring also gets an M Performance Kidney Grille and a front lower lip which enhances the sportiness of the optional M Sport Package. 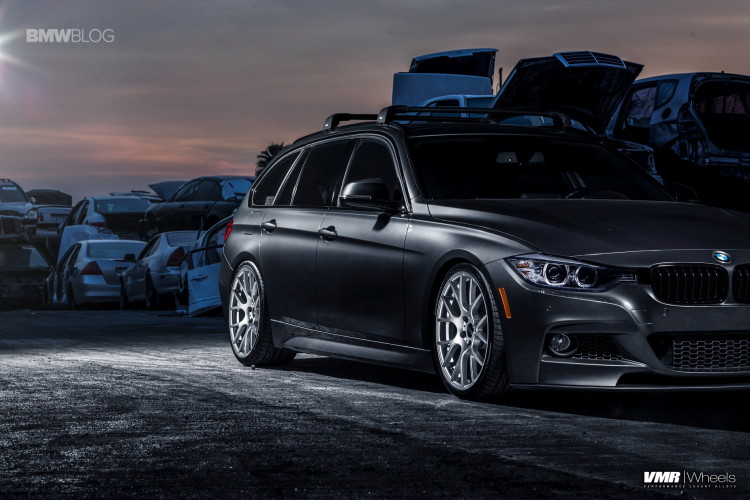 The end result is a respectable wagon that is sure to turn heads wherever it goes.

In United States, the BMW 3 Series Sports Wagon is offered as a BMW 328i or BMW 328d, allowing owners to pick their type of fuel. Both models come with xDrive as standard, valuable for those in snowy areas. The 328i is powered by a 2.0-liter BMW TwinPower Turbo inline four-cylinder, developing 240 horsepower, allowing the vehicle to accelerate from 0-62mph (0-100km/h) in just 6.0 seconds. 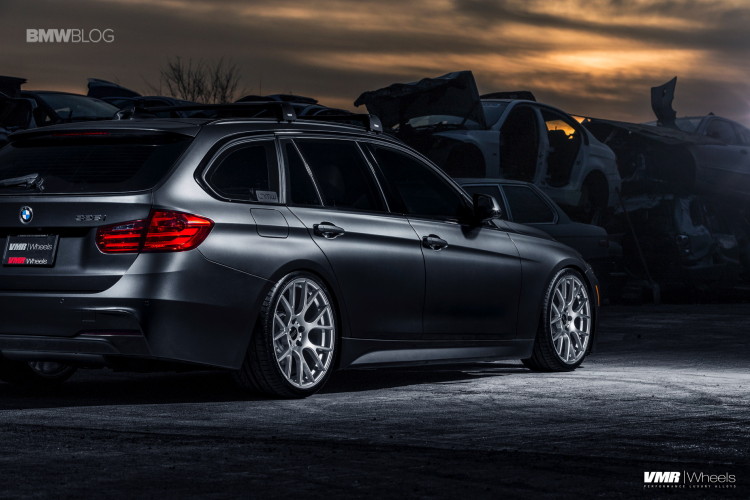 Have a look below and let us know what you think. 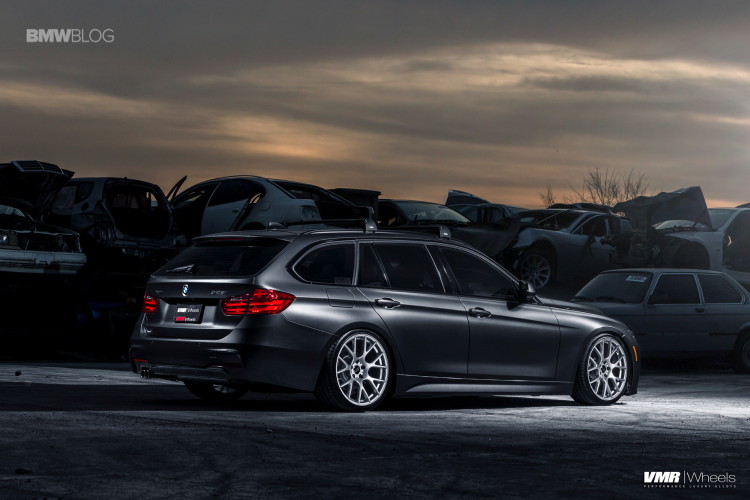 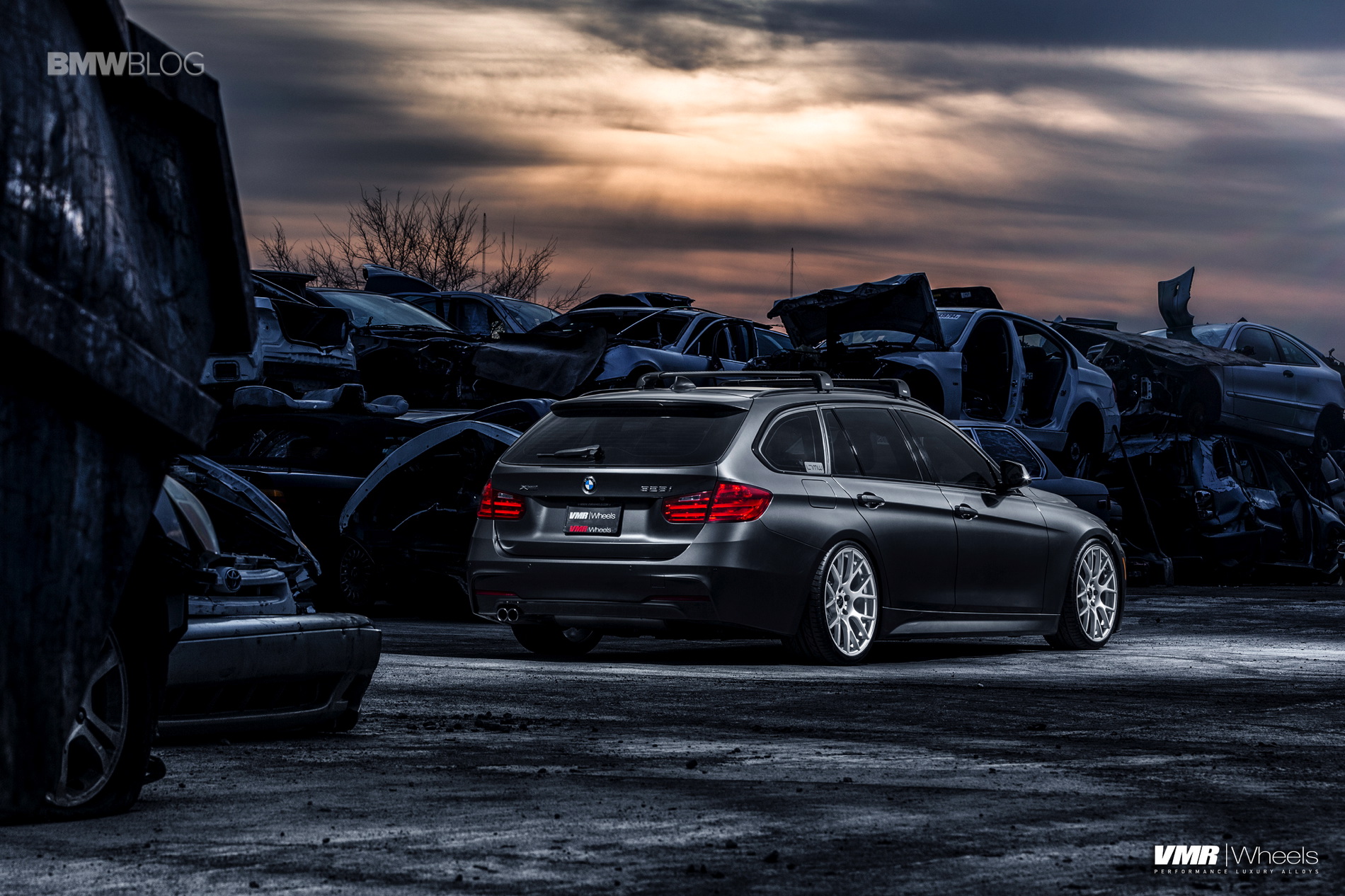 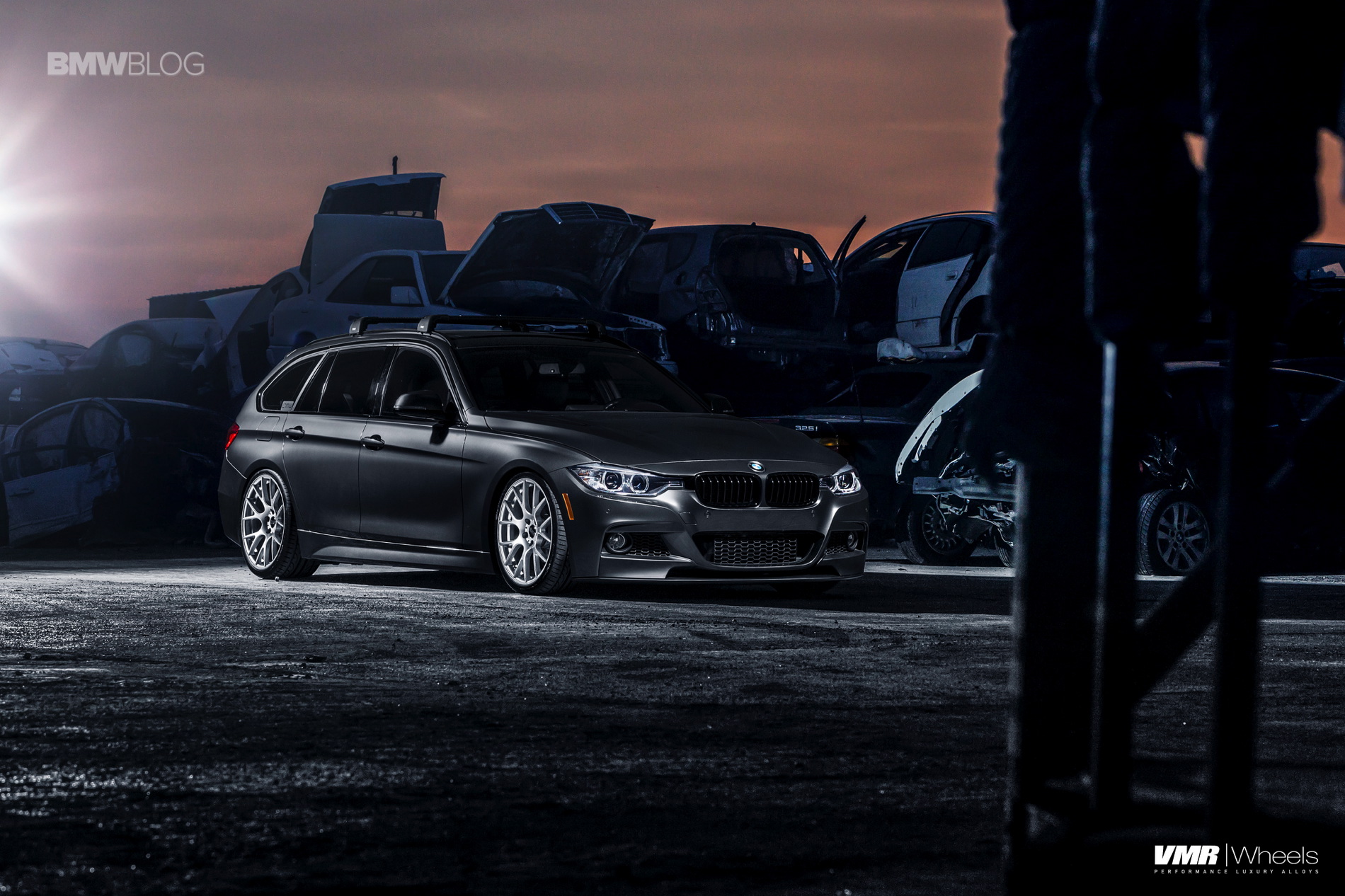 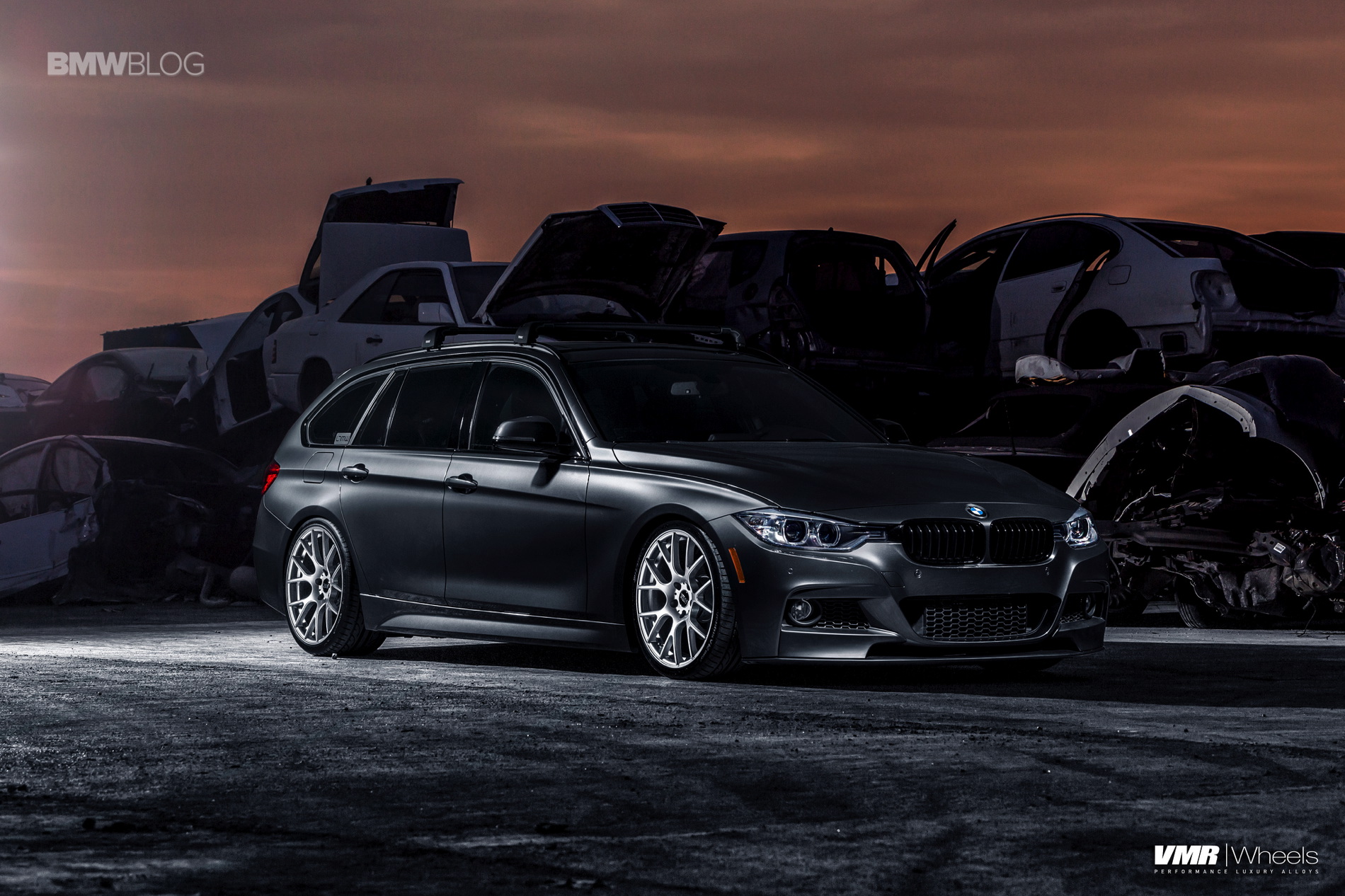 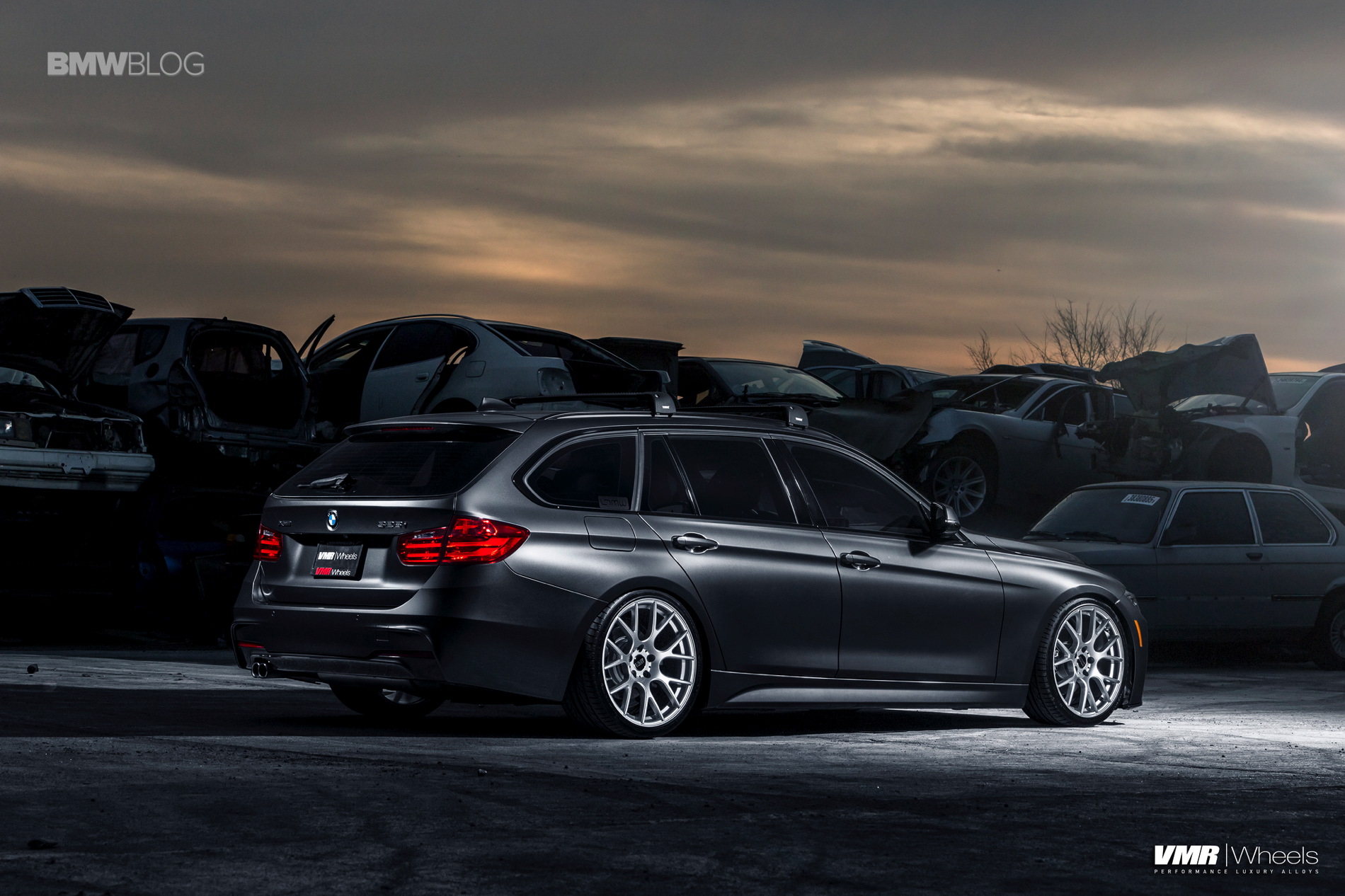 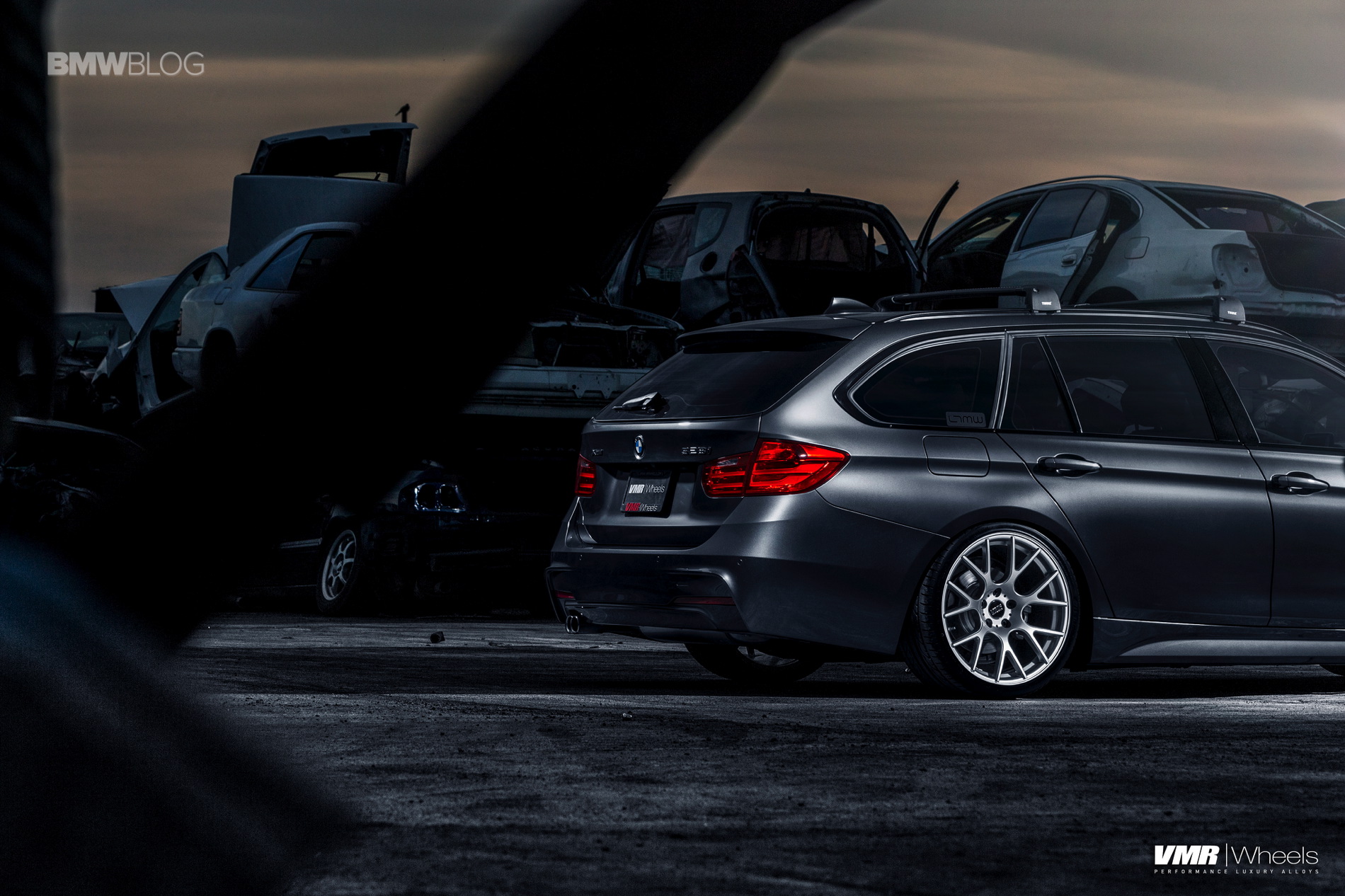 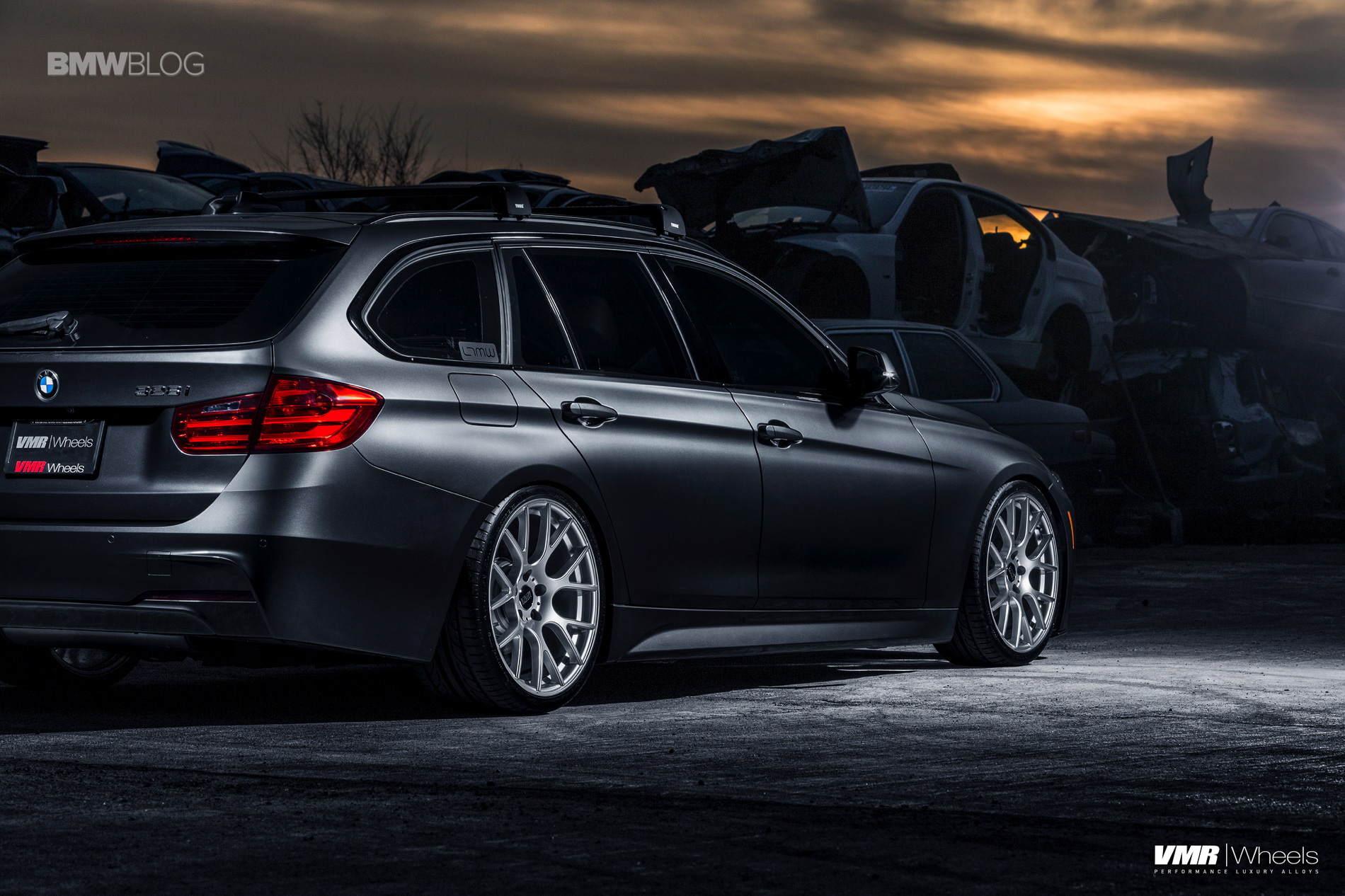