BMW i3 vs Opel Ampera-e

Home » BMW i3 vs Opel Ampera-e 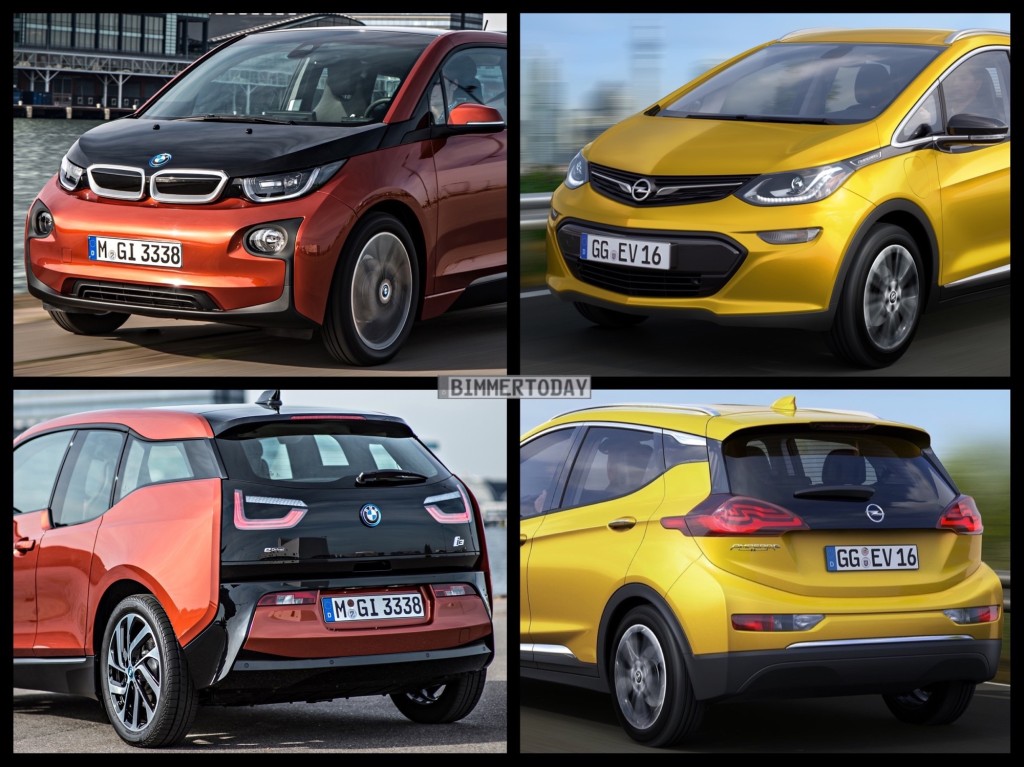 In Europe, the BMW i3 is doing very well. Maybe not so much in Germany, as the i3’s home country actually doesn’t buy many EVs, but everywhere else in Europe seems to like the BMW i3 quite a bit. The plucky little electric BMW is one of the best-selling EVs in Europe, but it isn’t without competition and there seems to be more one the way. We already know quite a bit about the Chevy Bolt, here in America. However, our friends across the pond are getting their own version of the Bolt, in the form of the Opel Ampera-e.

The Opel Ampera-a will compete directly with the BMW i3 in Europe and has a real chance to give the i3 a sweat. The Ampera-e will be debuting at the Paris Auto Show this upcoming Autumn, but won’t hit dealers until next spring. Mechanically, the Opel Ampera-e will be identical to the American Chevy Bolt. This means 200 hp and 266 lb-ft of torque from its electric motor, a 0-62 mph sprint in under seven seconds and a total range of around 300 kilometers. In comparison to the BMW i3, which packs 170 hp and 184 lb-ft of torque, can do 0-62 in the low seven second range and can only do around 128 km, the Ampera-e looks quite impressive. 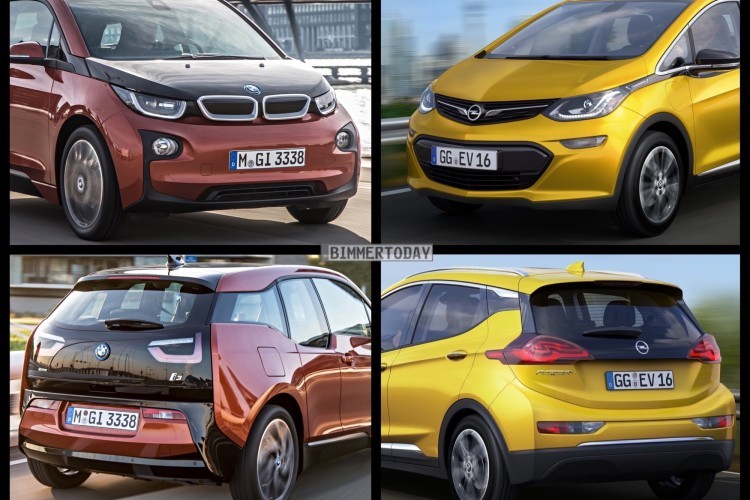 While the BMW i3 will likely be the sportier driving car of the two, and will be the lightest thanks to its carbon fiber passenger cell, the Ampera-e will be considerably cheaper. The idea that customers can get a city car that can travel even further than the i3 for much less money is one that could be very appealing. It’s also even a bit roomier on the inside of the Ampera-e than on the BMW i3. We’ve already talked quite a bit about the Chevy Bolt and how it can be a legitimate contender to the BMW i3, well the Opel Ampera-e can be that contender across the Atlantic.

BMW’s i3 will be receiving an update this year, which could increase battery capacity a bit and also increase performance and efficiency. However, it’s going to be tough to beat the Ampera-e’s combination of range, cost and interior space. Both cars offer quite a bit and make their own arguments for themselves. The BMW i3 has the high-tech carbon fiber passenger cell, is extremely lightweight, is real-wheel drive and has fun, dynamic handling. The Opel Ampera-e is more spacious, far less expensive and packs a much further range.

According to Opel CEO, Dr. Karl-Thomas Neumann, “Electric vehicles have the potential to make a significant contribution to climate protection and to reduce emissions. And the previous disadvantages such as high prices and low ranges are finally passé – the Opel Ampera e opens electromobility new perspectives “.

6 responses to “BMW i3 vs Opel Ampera-e”