The battle for entry-level sport sedan supremacy is one that’s been raging on for decades now. Ever since the E30 BMW 3 Series and Mercedes-Benz 190E were battling out back in the late ’80s, there’s been a constant struggle for automakers to produce a winner in the segment. Much of the desire to lead in this field has to do with the success of the BMW 3 Series, who’s been outselling some entire brands on its own. It’s an absolute sales monster and makes BMW boat-loads of dough. So it’s no surprise that every other automaker wants a piece of that money.

Lately, there have been more competitors in the segment than ever. It used to be just BMW, Mercedes and Audi duking it out. Now, though, there’s competitors from Jaguar, Lexus and even Cadillac. Well, Australian publication, CarAdvice has put together a test of the best four cars in the segment to see how they stack up and which is the best of one of the most popular segments in the automotive world. In a test that covers everything from interior comfort to performance to sound-system quality, CarAdvice leaves no stone unturned in searching for the best luxurious mid-sized sedan.

This test consists of the BMW 330i, Jaguar XE 25t, Lexus IS200t F Sport and Mercedes-Benz C250. Each and every car in the tests came equipped with a 2.0 liter turbocharged four-cylinder engine and an automatic transmission, as these are the volume models for each car. The BMW 330i  won in the engine department, as CarAdvice claimed that it was the smoothest, punchiest, best sounding and was tied for the best economy. So the BMW won that battle with ease. The Lexus IS200t came in second, with the Japanese brand’s latest 2.0 liter engine being very good and tied with the BMW for efficiency, but not quite as smooth as the BMW’s with a bit more lag. The Jag’s 2.0 liter engine is still borrowed from Ford, until the Brits can put their new Ingenium engines in the XE, and it shows as the XE 25t is still not as fast or as efficient as the BMW and it doesn’t sound as good either. But the Benz is the worst in the test, as its engine is the least powerful, is laggy and isn’t quite as efficient as the others. However, the Benz was actually second fastest, with the BMW 330i being faster, as it was one of the lightest cars in the test.

In terms of interiors, the BMW 330i was about midpack. This is somewhat expected, as it’s the oldest car in the test. Yes, it’s gotten some LCI updates, but it’s still a somewhat dated design compared to its new competition, which is sad considering that the F30 3 Series debuted not even four years ago. Things move quickly nowadays. However, its strong materials that seem as if they’d hold up forever and excellent ergonomics make the 330i a great car to own. The Mercedes earns top marks for its interior, as always, for being the best looking, best build and most comfortable, even if it does have an idiotic column-mounted gear stalk that, when equipped with right hand drive, is dangerously close to the turn signal. The Jag’s seating position earned high praise for its sports car-like feel, but overall it felt sort of cheap. The Lexus had fantastic seats and some cool toys, but was a little confusing ergonomically and ultimately wasn’t very nice. 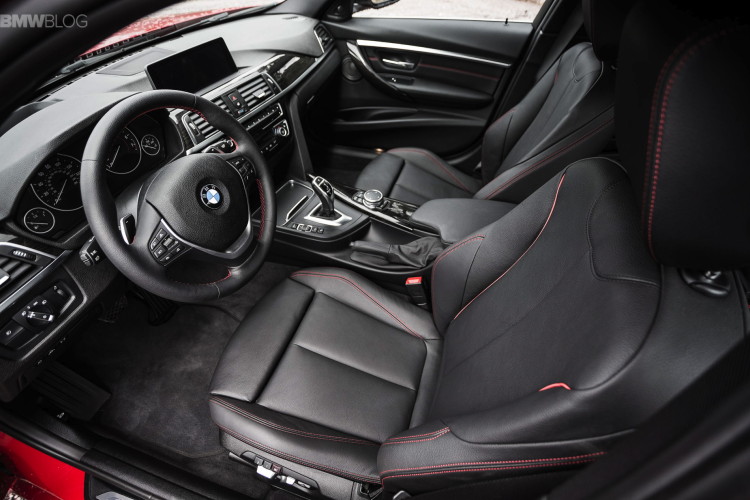 The sound systems were somewhat of a surprise, actually. The best in the test was Lexus’ Mark Levinson system, which wasn’t the surprise because Lexus perpetually gets praise for its systems. The real surprise was the BMW 330i’s standard system, which was deemed second best despite not being a premium upgrade. The Jag and the Benz both have premium names on their speaker grilles, yet the BMW 330i’s lowly standard system, with just six speakers and 100 watts, was deemed better than both the Jag’s Meridian and the Benz’s Burmester. Crazy.

But the most important metric of all for these cars, handling and performance, was what deemed the BMW 330i the winner in this test. While the Jag is a close second in this category, offering even better steering than the BMW and a great sporty seating position, the BMW ultimately felt the best. The 330i’s new chassis and suspension tweaks, thanks to BMW’s LCI treatment, helped put it back at the top of the class. According to CarAdvice “the sharpness of its turn-in, the feeling of alacrity and the way it almost dances on its tyres, is everything you’d expect of the ‘Ultimate Driving Machine’.”  That’s about as high of praise as it gets.

The Lexus felt okay, but felt as if Lexus wasn’t sure if it should make the IS a sports car or luxury car and never felt very sure of itself. The Benz is more of a luxury car in a sports car test, something we already knew, and felt more ‘baby S Class’ than sports sedan. But it’s still an extremely pleasant thing to drive. 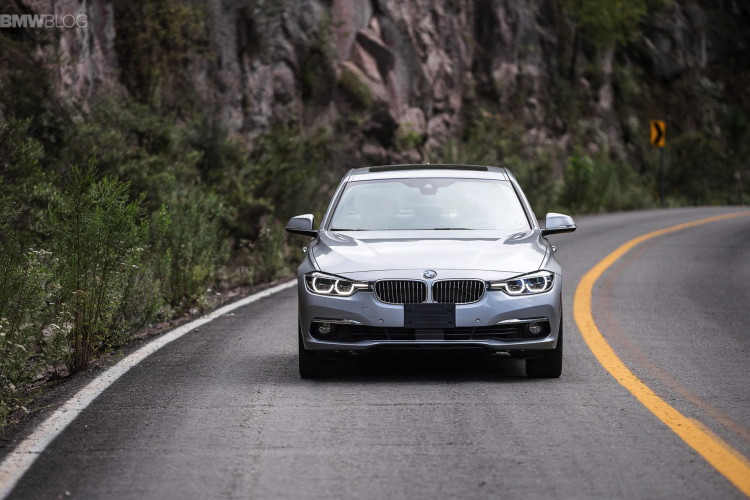 So in this test, the BMW 330i came out on top of a segment filled with excellent cars for being great at everything but the absolute best to drive and having the best engine and transmission by far. The Mercedes came in second place for being very good at almost everything and having the nicest interior. The Jag and Lexus fight for last place and it’s a battle no one really cares about. While the Jag is excellent to drive, it about stops there for the British firm and the Lexus has fantastic seats, a good interior and great sound but it doesn’t do much else. BMW is back and the 3 Series is king again.