The Lexus IS line of cars was always kind of an afterthought in its segment dominated by the BMW 3 Series, Audi A4 and Mercedes-Benz C Class. The first-gen IS was, to put it kindly, a poor alternative to its German rivals. The second generation was improved over its predecessor, but still couldn’t really hang with the big boys. It’s third generation, however, has become much improved and is actually right up there with zee Germans, in terms of handling and performance. The only issue with the current IS is the base engine, a 2.5 liter V6, which is simply not good enough for the segment. But Lexus is out to fix that.

And if you’re wondering whether or not that “t” at the end of the name stands for turbocharged, you’d be right. A twin-scroll turbocharger, very similar to BMW’s own, will be fitted to the four-banger, giving it 241 hp and 258 lb-ft of torque. That puts it right in contention, power-wise, with the current 328i and upcoming 330i.

Power will be sent through an eight-speed automatic, which thankfully replaced the old six-speed unit. While driving the old IS 250 F Sport last year, I remarked on how the steering and chassis dynamics were actually quite nice, but the engine was horrifically underpowered and the six-speed auto was dim-witted and down right sluggish. It made the already underpowered engine feel even worse. So this powertrain upgrade is a very welcome change.

With similar power figures to the BMW 3 Series, Audi A4 and Mercedes C Class, and good chassis dynamics, the IS 200t looks to finally get into the game with the rest of the gang. With BMW’s revised F30 3 Series, Audi’s upcoming B9 A4 and Mercedes new C Class, I’m not so sure the IS will be able to remain competitive with just a base engine upgrade, but it’ll sure be interesting to find out. 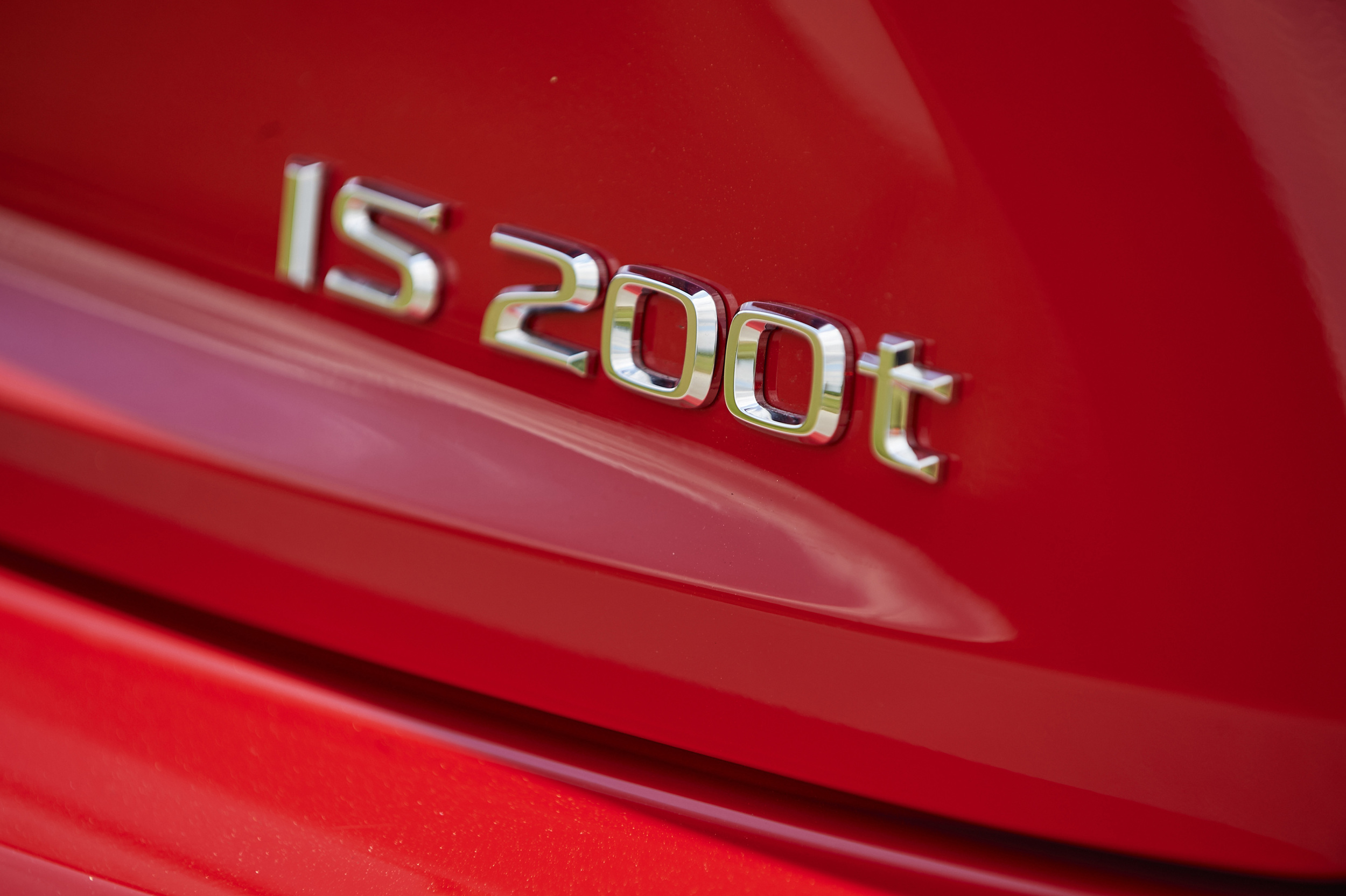