Would you buy this E39 BMW M5 Touring conversion? 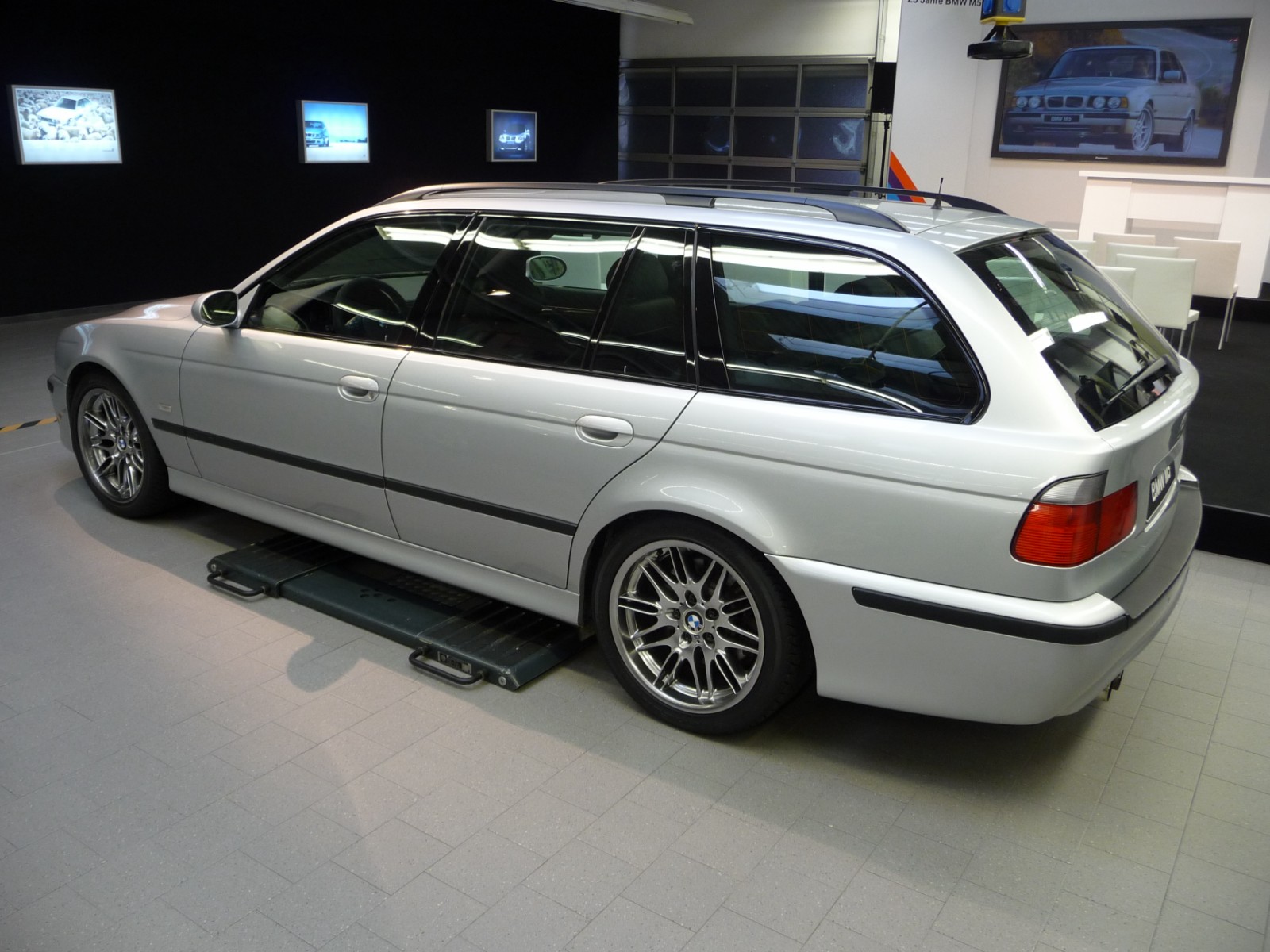 Shamefully, BMW never gave us the fast wagon that we possibly want most, the E39 M5 Touring. The E39 BMW M5 is considered by many to be the best BMW M5 in the brand’s storied history. It’s also considered to be one of, if not the, best big fast four-door car ever made. So the fact that BMW didn’t give us a Touring variant of such an excellent car is a big eye-watering. Especially considering how good the standard E39 5 Series Touring was.

If you want a fast E39 wagon, the BMW 540i Touring was always your best bet. It also had a big V8, was available with a manual and was about 75 percent as good to drive as the M5. But it still wasn’t the same and if you wanted that extra 25 percent with a long roof, you were out of luck.

However, a man from the Bronx decided that he was going to make his own luck. What he did was buy a BMW 540i Touring and converted it into an M5 Touring and the results are actually quite impressive.

The car actually has a decent history. It started life as a one-owner car from North Carolina, who this current owner bought it from. He the proceeded to swap the 4.4 liter V8 in the 540i for the S62 4.9 liter V8 from the M5. From there, he swapped the five speed manual in the 540i to the proper six-speed that came with the M5 and even replaced the rear diff with the proper M5 one. After swapping all of the necessary powertrain parts, he went to work on the rest of the car.

The suspension was swapped, the front and rear seats, steering wheel, bumpers and wheels were also changed. It looks as close to a legitimate BMW M5 Touring as possible and it looks fantastic. Hell, it even has the BMW M5’s sport button that is said to be fully functional. It does have a custom muffler delete on it, however, which might sound a bit loud. But aside from that, this owner seemed to have covered all of the bases.

The only issue with this swap is that the E39 M5 was much more than a standard 5 Series with a bigger engine. The chassis was very different. It was made with extensive uses of aluminum, had different subrframes and subframe bushings and was overall a much different handling car. The standard 540i was still great, but the M5 was absolutely incredible. So while this 540i – M5 conversion looks good, it’s still just 540i with M5 parts.

Then there’s the fact that conversions are never really a good idea. For some reason, conversions never work as properly as if it were stock, regardless of how well it was done. Go to any respectable tuner and ask them to do an engine or transmission swap and they’ll tell you that it’s probably cheaper and easier to just go buy another car with that engine or transmission in it. Plus, we don’t know who actually performed these swaps and what their qualifications car, so this car could perform pretty terribly after awhile. It’s a big risk, buying a car with this level of modifications.

However, the temptation is there. It’s like some piece of forbidden fruit, because buying a car this heavily modified for around $25,000 is bound to give you complications, but the idea of buying an M5 Touring is so tempting that it might be worth it. Unfortunately, it’s not a true M5, no matter how many mods are done, so I’d ultimately pass. But would you buy this conversion to get a taste of what it would be like to have an E39 BMW M5 Touring?