BMW X5 eDrive Hybrid might be the ultimate SUV

Home » BMW X5 eDrive Hybrid might be the ultimate SUV

BMW’s third-generation, F15 X5 is already a fan favorite among BMW enthusiasts for its good looks, both inside and out, agile handling for such a big car and smooth, powerful engines. It’s easily the best X5 to date.

Recently, BMW took the wrapping off of the X5 M and that it’s rumored to be an impressive track monster, as well as being comfortable and spacious. To counteract the hellacious M version, there’s a nice diesel option which has loads of torque but gets excellent fuel economy. However, despite the many flavors of the X5, BMW seems to want to add one more, and it might be the best one yet.

BMW will be releasing this year a plug-in hybrid, eDrive version of its beloved X5. This isn’t news, however. We’ve known that BMW was making a plug-in hybrid X5 for over a year now. But I think it could not only be the best X5 but one of the best SUVs on the road.

The eDrive X5 will use BMW’s 2.0 liter turbocharged four-cylinder making 240 hp, mated to an 8-Speed, ZF automatic and using a rumored 100 hp electric motor as a torque converter. The battery pack will be in the back of the car with a plug-in charge point located on the front left fender. Combined power output is said to be around 300 hp with the electric motor filling in for turbo lag, as on the i8.

So while the electrified X5 might not be the fastest SUV on the block, it will definitely have a nice punch. Not that anyone would really need to know 0-60 times on a plug-in hybrid SUV, but the X5 eDrive should do it under 7 seconds. 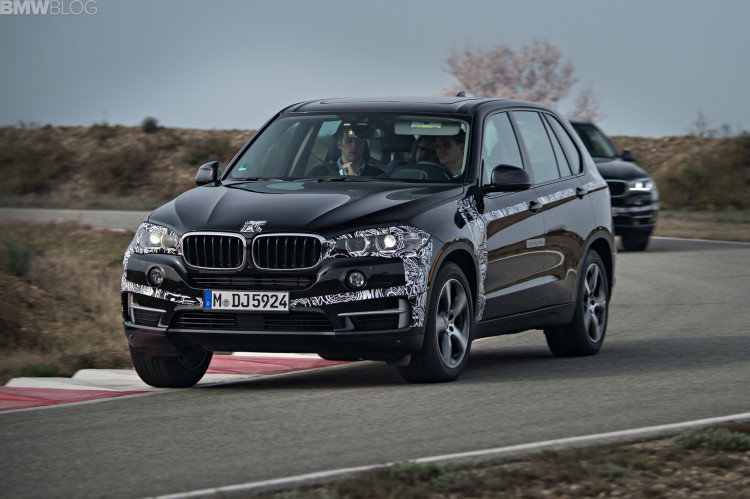 The plug-in hybrid variant of the X5 won’t be some canyon carving monster, as the electric motor and batteries add about 500 lbs, but it should still handle like an X5, which is to say, good. However, what the eDrive version lacks in handling, it makes up for in low-end torque from the electric motors, far better fuel economy and the quiet, serene electric driving experience. BMW hinted in the past that the average consumption will be between 3 and 4 liters per 100 km (59-74 MPG).

Let’s face it, the X5, despite handling well for an SUV, still isn’t a sports car. It’s meant to be a luxury SUV that can still handle well enough, which the eDrive version still does very well. However, it has the added benefit of that electric motor punch and pure electric driving.

The X5 eDrive might be the best X5 yet, and maybe even the best car in the segment.