In 2013, BMW will bring to market their first mass-production electric vehicle. Dubbed i3, the Megacity EV is the first model to emerge under the Project i umbrella, a BMW initiative that started five years ago. Part of the new BMW i sub-brand, i3 is one of BMW’s biggest bets in its entire history and along with the i8 sportscar, will have an important impact on the company’s future.

Project i lays under the umbrella of maximum sustainability: from the production process, starting with the first supplier, through to component recycling at the end of the vehicle life cycle, sustainability based on the three cornerstones of eco-friendliness, economic efficiency and social compatibility must be the main process driver. 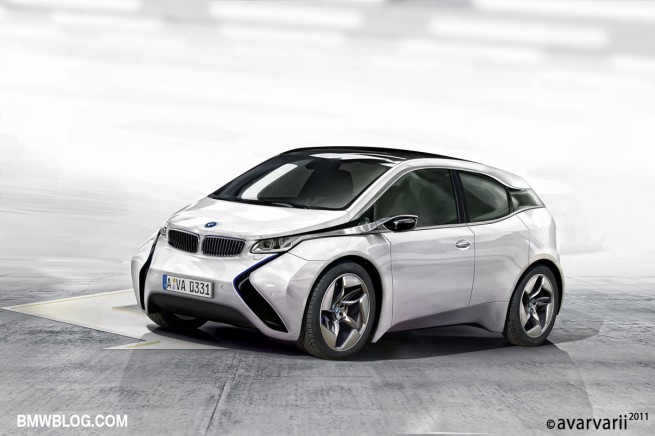 To maintain some of its core values, BMW will offer the 2013 i3 with a rear-wheel drive platform. The car will be built in Leipzig, Germany and will make extensive use of carbon fiber materials, ultra-light components that would help with the weight issue. Aluminum parts will harmoniously integrate with carbon fiber to offer increased safety.

The combination of carbon fiber and aluminum will offset as much as 350 kilograms (772 pounds) of additional weight from battery and electronic components, Klaus Draeger, BMW’s development chief, told Bloomberg earlier this year. BMW is building its electric drivetrain as well as its battery, in-house. In the development of the battery, BMW’s partnerSB LiMotive will contribute with the battery cells. SB LiMotive is also supplying battery cells for the ActiveE vehicle that goes in a pilot across this fall.

The Megacity family will carry on BMW’s core values and according to BMW executives, will look and drive as a premium product, and will not be a compromise between looks, performance and safety. Quoting Van Hooydonk, “the car looks solid, with a higher riding position that inspires safety. Some iconic BMW design elements might be omitted in the MCV, but other new design elements will be introduced that in their turn, could turn the car into a sub-brand.

At launch, Megacity will be offered in a two-door, four-seat configuration. The car will measure around 157 inches. In the future, the MCV sub-brand will include two additional models. First one due in 2015 and dubbed ICV, short Intracity Vehicle, will be a two-door, two-seat car. In 2017, UCV – Urban Commuter Vehicle -will extend the length of the initial MCV and has four doors while hosting five people.

Ian Robertson, member of the BMW board responsible for sales and marketing, said BMW aims to sell at least 30,000 units of its i3 electric vehicle a year beginning in late 2013. The price of the i3 is not yet decided, but BMW sources indicate a base price of 40,000 euros in Europe.