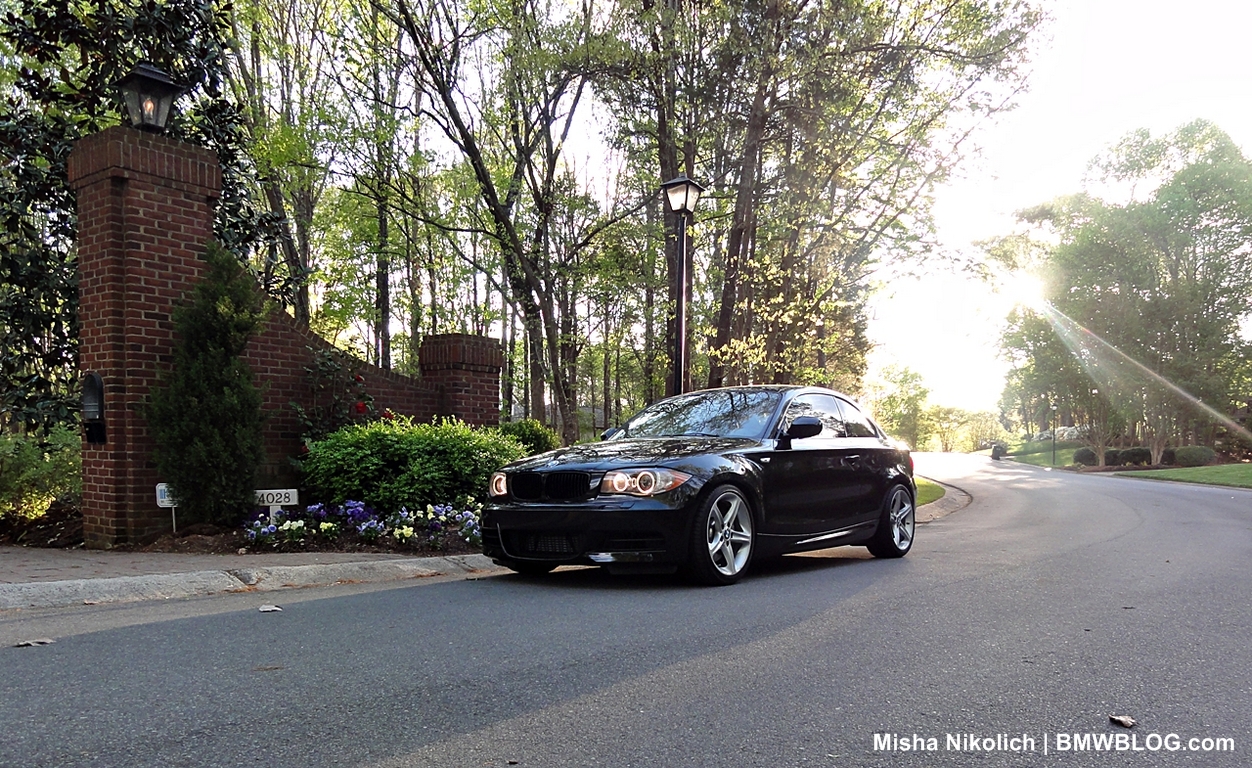 A week ago, we had the opportunity to test drive the all-new BMW 135i Coupe. We have been waiting for this moment for a long time and we were very excited to have this opportunity. As some of you might know, back in January, I picked up a brand new 335i through the BMW European Delivery program.

Ever since I started to drive my 335i/twin-turbo engine, I have always wondered how much faster would the 135i be. The 335i and the 135i coupe share the same twin-turbo engine, outputting 300 horsepower, but the 1-series top model is lighter than the 335i. Weighting less, I would definitely expect the 135i to be slightly faster, but would it handle better?

Us, the folks in the US, really don’t have many places where we can speed, therefore, I am always more interested on how a car handles in compare to others and how fun of a drive it actually is.

Well, let me just say this: the BMW 135i has NOT let me down. Now let’s go over some details.

Motorwerks BMW has allowed us to take the 135i for a spin. The car we drove was an automatic Black Sapphire 135i, fairly loaded, Premium Package, Sport Package and with the beautiful Coral Red Boston leather. The MSRP was $42,325, slightly more expensive that my 335i.

Even though, I have seen the 1-series interior many times, including at the Chicago Auto Show back in February,  I was still surprised how simple and classy the finishes are. As I have mentioned before, with small exceptions, the dashboard and the sound unit are the same as the ones found in the 3-series. The extra little things that make the 135i stand out, are the M elements that add something unique to the car.

The leather is up to pair with BMW’s standards and the Red Coral Boston is truly an amazing color. I have seen the Superman combo(Montego Blue/Coral Red) and while I found the combination to be very interesting, I would rather have the Red Coral contrasting with a black exterior paint.

The sport seats are great and I definitely recommend everyone to purchase the Sport Package. Even though there were not many curvy roads along our test drive path, the seats offered good support and they comfortably wrap around the driver.

Overall, the 1 Series’ interior is excellent. Not only does it have a nice feel, it looks great too. All BMWs share a similar interior design theme. Ok, maybe not the M6.

I’m sure you have read tons of reports on the BMW 1 Series interior and have seen many photos as well, so we will just move on to more important things.

I have to say from the start that I am not a big fan of the Black Sapphire, maybe because we reside in the Midwest and our winters are tough on the cars. As you can see from the photos, the black exterior does not compliment the 135i’s dynamic elements. BMW managed to compress all the styling cues – kidney grilles, purposeful front end, and edgy cutlines — into a neat package. Another interesting aspect is that the 135i comes standard with functional M-style aero panels.

I was also in love with the fact that the 135is have black tipped twin exhaust pipe while the 128is use bright chrome.  Also, the 135 has an additional lip spoiler extra rear end downforce.

As far as the exterior paint options, I still believe that the Alpine White and Sedona Red will be the most popular colors on the 1-series.

Looking at the car as a whole, it resembles the E46 3-series models, but up to a point.  There are still very different “beasts”.

Here is the part I have been waiting for. As I have mentioned in the beginning of this review, the 135i has not let me down. It was everything I expected and more. Even though it has the same engine as its bigger sibling, the 335i, the fact that it is about 200 lbs lighter, it definitely makes a difference in the way it handles and in terms of speed as well.

According to people that have test drove the cars on the track, the 0-60 time on 135i is about 0.2-0.3 smaller than on the 335i. To me, the 135i just felt faster. I drove my 335i right before I jumped into the 135i, just so I can make a fair comparison. And nonetheless, the 135i was definitely faster. I wish I could have test driven a 1er with a stick shift, but the paddle shifters were fun also.

We managed to find a less populated road with a fairly long straight line, so we were able to push this baby a little bit. We went up to almost 120mph and the engine sound was just breathtaking. Initially the brakes feel too sharp, but after a mile or so you adapt your driving style and everything falls into place. The ride is perfectly judged; firm but not too stiff, just. Somewhere in between.

At the end of this article, I will post some Youtube videos that will help you visualize better what I have just said.

Bottom line, the BMW 135i is a fun ride and this is coming from someone that is in love with his 335i and always believed that it’s one of the most fun bimmers to drive around, but the 135i has just managed to change my mind. Would I give up my 3er for the it? It depends, if the legroom wasn’t such a squeeze, then I would have probably be in a 135i right now. But I guess, while we’re getting older, the comfort beats the thrill :)

Instead of inventing clever phrases for the ending, let’s just say the BMW 135i is incredible driving fun. If you have not had a chance to drive one, take a ride to your local BMW dealers and afterwards, let me know what you think.