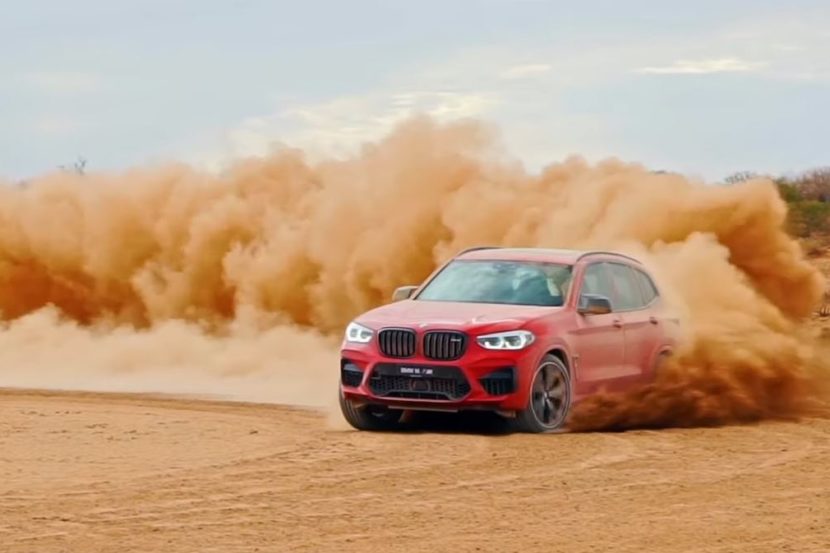 The BMW X3 M is set to become an icon, whether you like it or not. That’s because is the first medium-sized SUV from the M division and it will most likely sell like hot…

Russia is such a magical place. Whether you like Russians or not or the country itself, you can’t deny things happen differently in the largest country in the world. They just have a certain way…

Mat Watson, the charismatic CarWow tester we follow on Youtube, brought his mom out to the track to have her drift a BMW M4 Competition. That’s quite a bold premise, to be honest and Mat…

The Rolls-Royce Cullinan is meant to be the ultimate SUV you can buy. It was developed to cater to the exquisite taste of the world’s wealthiest people and, according to most reviews, it’s more than…

Video: Having Coffee in M Town Is a Completely Different Experience

Even though the BMW 8 Series has been revealed in full already the M Performance model of the range, the M850i xDrive, is still out testing on the Nurburgring, in camouflage. This is not necessarily…

Video: Check Out a Finnish Rally Legend Drifting a BMW i3 in the Dirt

The BMW i3 is not exactly a traditional BMW. Bavarian machines are usually raucous machines with straight six engines under the hood and used for a number of purposes, including – of course – drifting….

Just last week BMW USA published a short teaser showing what looked like a BMW F90 M5 drifting alongside its predecessor, the F10 M5 on a wet track. Back then we also noticed the fact…

The new BMW M5 is about to reach its first eager customers who have been waiting for a while to take delivery of their new rides. The occasion will be marked by BMW USA with…

The upcoming BMW M5 was revealed a while back and select journalists around the world already got to experience it in Portugal earlier this month. While we’re preparing our own review of the uber-sedan, the…