Even though the BMW 8 Series has been revealed in full already the M Performance model of the range, the M850i xDrive, is still out testing on the Nurburgring, in camouflage. This is not necessarily an unusual thing as manufacturers will keep testing cars right up until the first ones are delivered and sometimes ever for months after. The BMW M850i xDrive is an important car as it marks the revival of the 8 Series nameplate after a couple of decades so BMW is probably just making sure everything’s up to par.

Nevertheless, the footage below does show something we haven’t seen prototypes do before: drifting. As any BMW fan will tell you, drifting is an integral part of the blue and white roundel so every proper BMW should be able to do at least a bit of oversteer while going through a turn. As it turns out, the M850i does come prepared for such situations, the car elegantly throwing its tail out in the shots below. 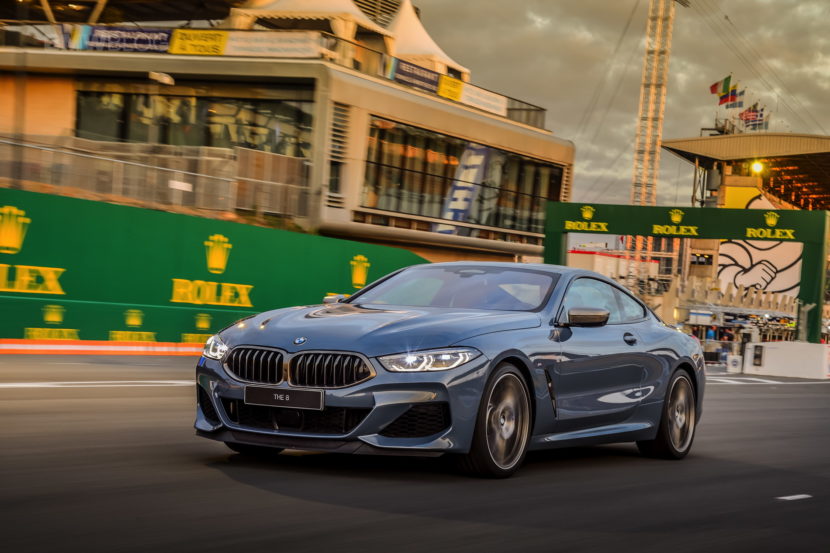 According to the Germans, the M850i has a newly tuned xDrive intelligent all-wheel-drive system, created for this specific model. The car comes with a rear differential lock fitted as standard. The locking effect is generated by an electric motor and limits speed compensation between the inside and outside rear wheel when cornering. The locking effect produced by the electric motor allows as much as 1,500 Nm (1,106 lb-ft) of drive torque to be redirected from the faster turning to the slower turning wheel.

At first, it may all sound like marketing but the video below definitely shows the car’s prowess when it comes to drifting. The rear end seems to be able to slide out without having to manhandle the car too hard and that’s just what we want. The sound of the V8 engine is also just right, sounding not too flamboyant or loud but not too shy either, just right for a proper GT.

2 responses to “Video: BMW M850i xDrive Spotted Drifting on the ‘Ring in Camo”