The BMW Z8 is easily one of the most desirable Bimmers ever made. It’s hard to argue with a V8-powered roadster, a manual transmission, rear-wheel drive, and looks like the Z8’s. When it comes to long-distance continent-cruising, I can think of few other vehicles I’d rather use than a Z8. And this one headed to RM Sotheby’s auction on January 26 might just be among the best I’ve ever seen.

This specific 2002 BMW Z8 is a gorgeous example with only two previous owners and 7,430 miles on the odometer, so it’s nearly factory-fresh. It also wears a relatively rare color scheme; black over crema. Only 229 Z8s came in that color scheme, so if you buy this car you’re not likely to ever see another one like it. Interestingly, this car has the best of both worlds because it has ALPINA wheels, which make it look better, but also a six-speed manual, something the ALPINA Z8 did not have. The wheels were obviously fitted by one of the two owners and didn’t come from the factory but that shouldn’t affect its value. 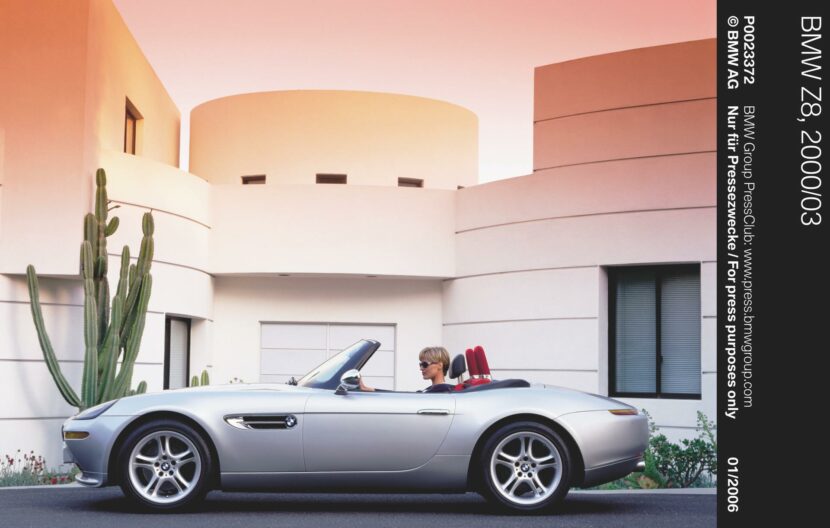 Crema is a nice interior color for the Z8 because it keeps the relatively tight cabin feeling light and airy, while also preventing the sun from turning it into an oven, like a black interior would. However, BMW was wise to keep its upper dashboard and steering wheel black, as it just looks better that way. The car must have also never seen the sun prior to these photos, as its interior is completely, utterly fade-free. With less than 7,500 miles, it must have never left a garage.

The BMW Z8 is powered by a 4.9-liter naturally aspirated V8, the same one used in the E39 BMW M5, and it made 400 horsepower back in its day. Who knows how much this one makes not but it’s bound to be close to that original number. It was only paired with a six-speed manual (unless you bought the auto-only ALPINA version) and exclusively powered the rear wheels, as all good roadsters should.

If you want this car, it’s going to set you back an estimated $275,000, at the high end. But if you do buy it, it comes with a separate hardtop roof with a stand, a fully took kit, the original window sticker, and a serialized coffee book about the car.