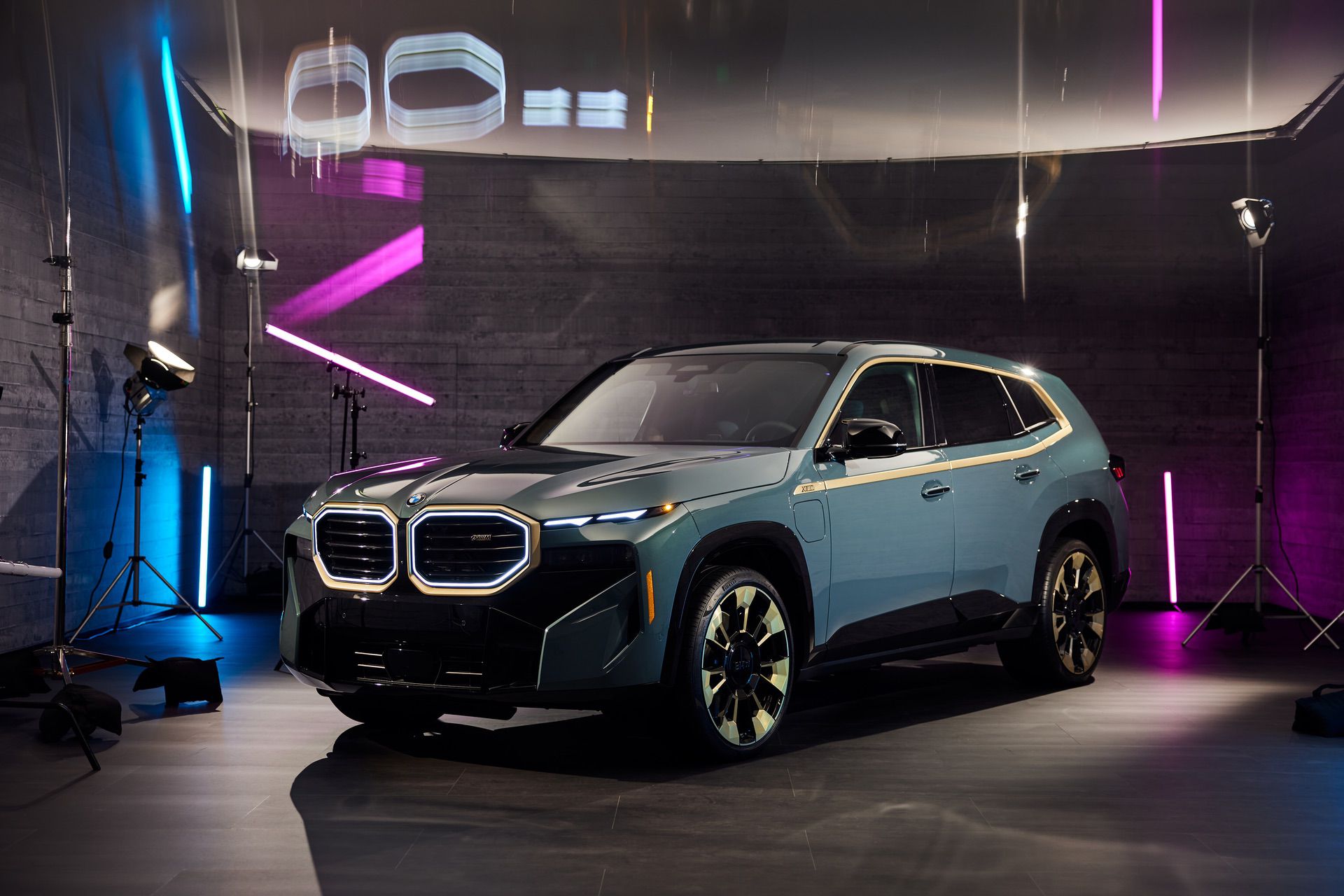 Say what you will about BMW’s latest designs, but we must give credit where it’s due as few automakers are this daring. The XM isn’t just another SUV in Bavaria’s growing lineup of X models, it’s the most powerful road car ever from the Munich-based marque if we’re talking about the Label Red. This video shows the “base” model in a pre-production guise that’s as close to the final version as possible, so what you see is what you’ll get on a customer car.

Predictably expensive, the 2023 XM is shown here in Cape York Green with 23-inch wheels and gold accents. The imposing SUV gets stacked exhaust tips to further set it apart from the likes of the X5 M and X6 M. It looks just as striking as it did when the wraps came off back in late September 2022 and it’ll be interesting to see the sporty luxobarge on the road. Production in Spartanburg has started, so dealers will have the flagship M model on display this spring.

The 2023 XM available for Australian journalists to check out had swanky vintage leather surfaces for the upper sections of the instrument panel and door panels. That sculptural headliner has a prism-like structure with 100 LEDs built-in for ambient lighting. Another novelty is the so-called M Lounge with the sides of the rear seat backrests extending onto the heated door trim panels. BMW’s thinking is people sitting in the back can face each other as if they’re sitting on a sofa, complete with Alcantara cushions.

With the XM, BMW M is trying to prove you can have it all – a luxurious and practical SUV with true performance credentials. It remains to be seen what owners will think of the first dedicated M car since the M1 considering the behemoth is 5,110 mm (201.2 inches) long and weighs 2,710 kilograms (5,974 pounds). The laws of physics are certainly against it, but then again, the XM is not about going fast around a track. You’ll want an M2 for that.