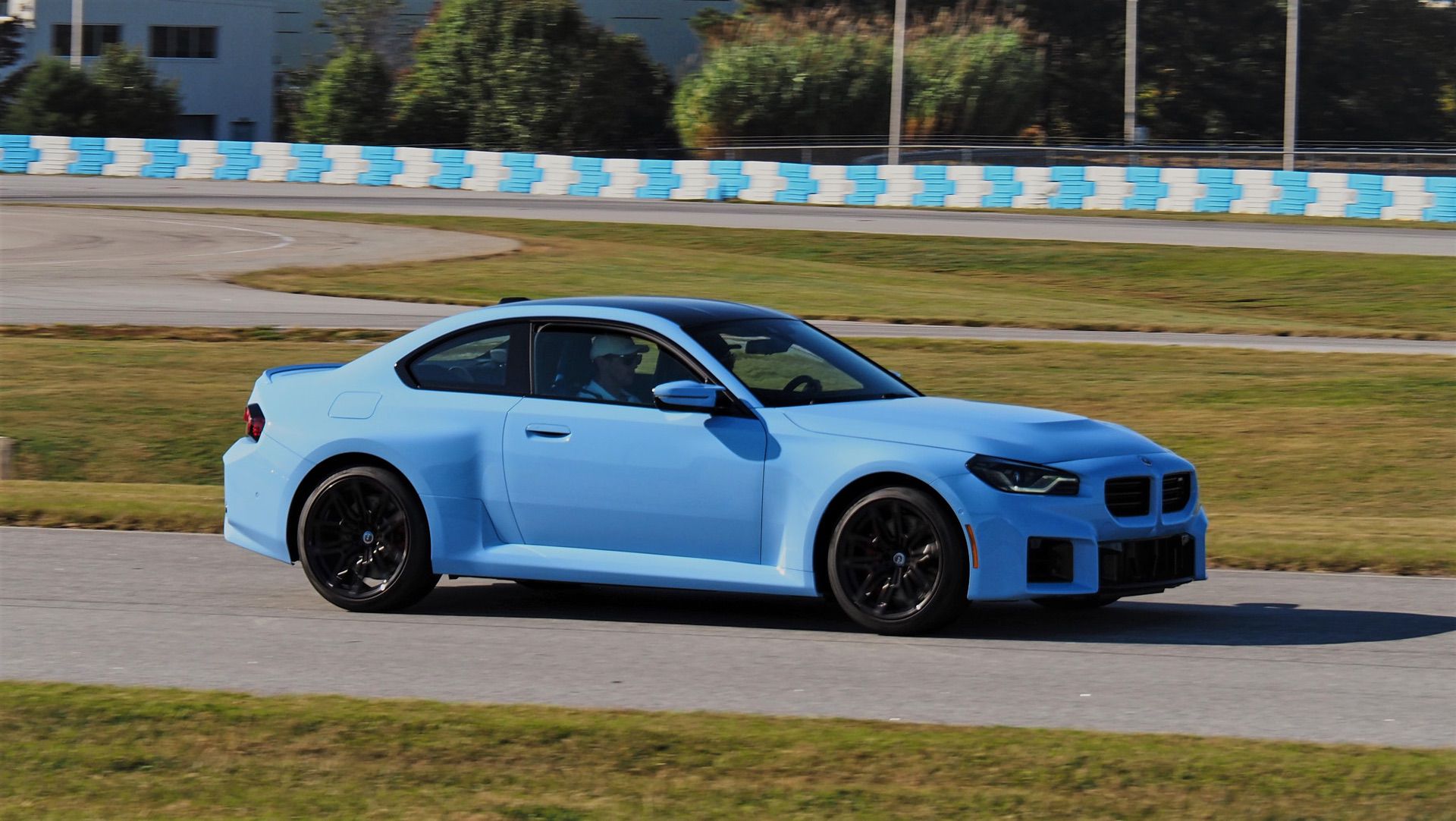 BMW Australia originally showed the new M2 behind closed doors during the Motorclassica 2022 event last October and now it has invited journalists to take a tour of the G87. Much like the car privately unveiled a few months ago, it’s painted in Zandvoort Blue and comes fitted with the 50 years of M anniversary badges reminding us of last year’s important milestone.

You’ll also notice the smallest of the M cars has a carbon fiber roof, which actually comes as standard equipment in Australia. As a matter of fact, the Aussie version is generously equipped from the get-go, including goodies like adaptive LED headlights and Comfort Access. Those body-hugging front seats with carbon shells will cost you extra though.

Bigger and heavier than its predecessor, the second-generation M2 is likely the very last M model with a non-electrified engine and three pedals you will be able to buy in the second half of the decade. Yes, the Z4 M40i will also get a manual later this year, but the roadster will probably have been discontinued long before the G87 is retired. The Z4 is rumored to bow out without a replacement in 2025 while the M2 should remain on sale in its current iteration until near the end of the decade.

The M2 truly marks the beginning of the end for M models powered solely by combustion engines. BMW has said every single M car it will launch from now on will have some form of electrification baked in, which consequently means no clutch pedal. It remains to be seen whether a hotter M2 (CS, CSL?) will still allow owners to row their own gears, but it seems increasingly unlikely.

An interesting report alleged an xDrive-equipped M2 is under consideration, but as far as we know, a decision has yet to be taken. Should the performance coupe gets AWD, it’ll exclusively come with an automatic transmission.