Europe remained the BMW Group’s largest market in 2022, but Asia was right behind as the gap between the two regions narrowed down to a little over 100,000 cars. The sales results published this week by the Munich-based automotive conglomerate show 877,369 BMWs and MINIs were shipped to customers from Europe (without Germany), representing a decrease of 7.5% compared to the year before. In the same interval, domestic sales went down by 6% to 252,087 units.

In the January to December 2022 interval, the BMW Group sold 1,028,105 cars to customers from Asian countries. Shipments in the region decreased at a significantly lower rate compared to Europe as the year-over-year drop was only 3.5%. Mind you, the sales figure for Asia does not include China where BMW and MINI sold 791,985 vehicles last year (-6.4% YoY). 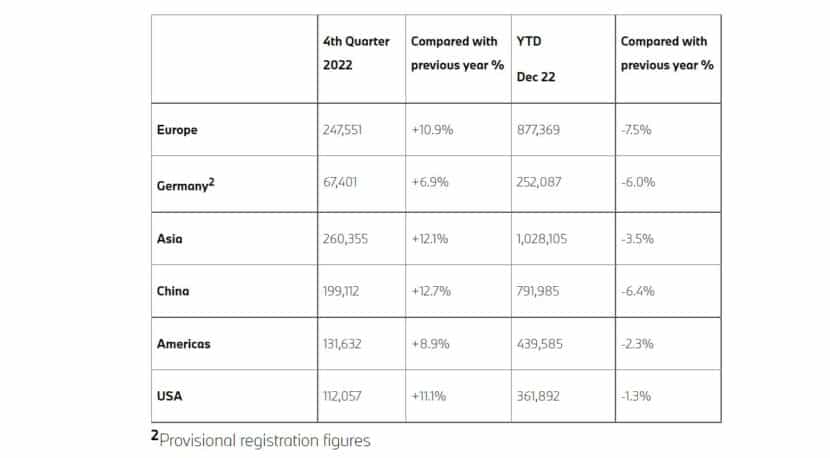 It goes to show how important Asia has become for the BMW Group in recent years. It’s especially true considering pandemic lockdowns in China greatly impacted sales in the first half of 2022. Despite these setbacks, Asia (including China) generated 1,820,090 sales or a smidge over 690,000 more than Europe (including Germany).

Even though sales were lower in 2022, BMW still managed to grab the luxury sales crown by narrowly beating Mercedes while Audi had to settle for third place. Another silver lining is the record-setting year M had in 2022 when deliveries of electric vehicles more than doubled.

2023 will be a busy year in terms of fresh products, kicking things off with the M3 CS at the end of this month. The facelifted X5 and X6 (including the M versions) will follow suit this spring while the next-generation 5 Series is due this summer together with its purely electric i5 derivative. We should also see the first-ever X1 M35i, a facelifted 1 Series, and the next-generation X2 (with iX2), among others.