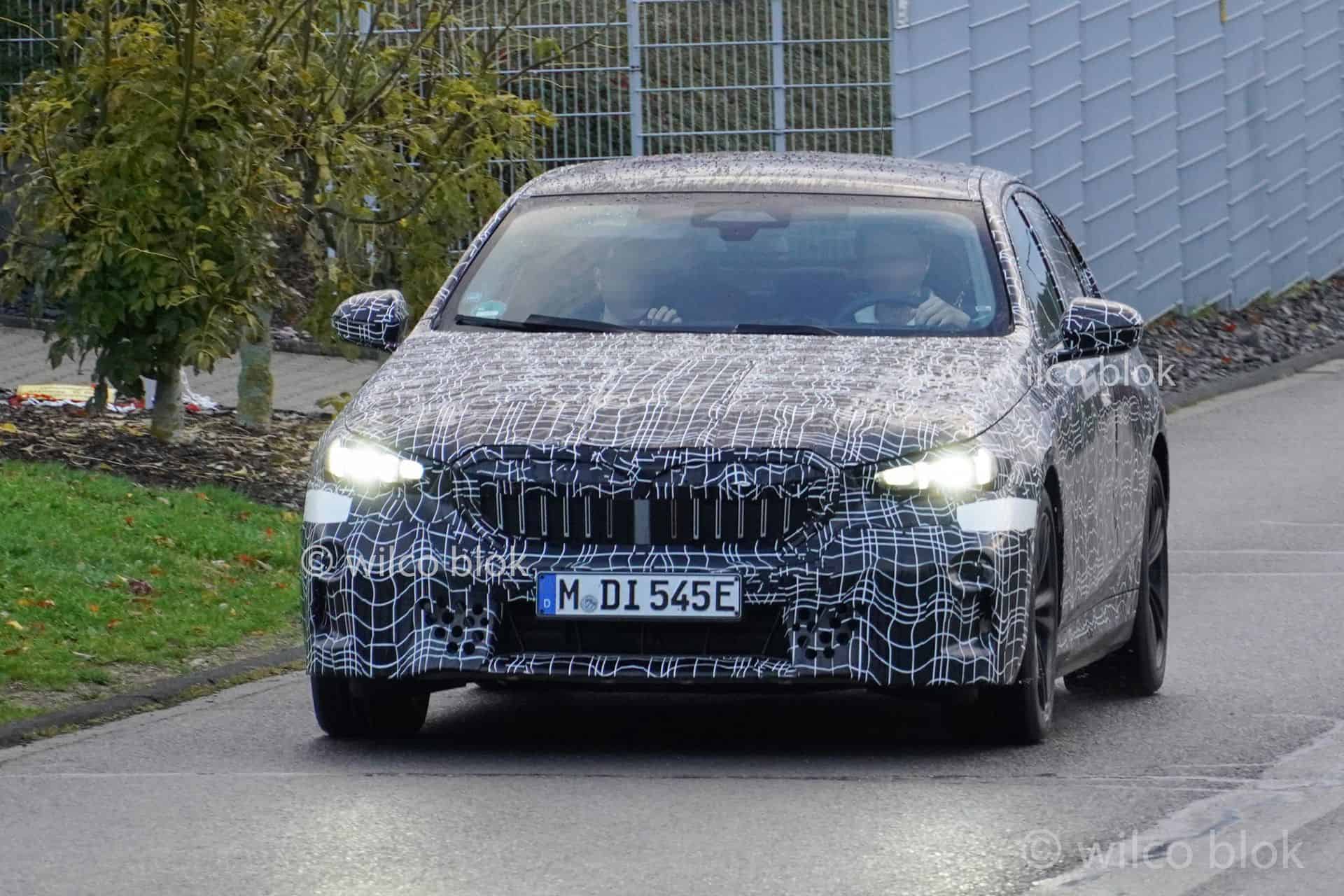 One of the biggest reveals in the BMW world in 2023 will be the eighth generation 5 Series. The new premium sedan was often touted as the epitome of sporty and comfortable business sedans, setting the bar not only for future BMW models, but also for the entire segment. Therefore, there is a lot riding on the shoulders of this new generation G60 / G61 which will be electrified as well. But ahead of its unveil in mid-2023, the new BMW 5 Series was just spotted in action at the Nurburgring.

Of course, the legendary track needs no introduction. Over the last few decades, the Green Hell has been the proving test ground for most, if not all BMW cars and SUVs. In the footage below, we get to see the G60 5 Series Sedan pushing hard into corners to test it driving dynamics. The prototype still features a heavy camouflage, but some details trickle out. In these new photos and videos, you can see one very important aspect of the 2024 BMW 5 Series’ design: a safe design.

Compared to recent BMW models, like the 7 Series, this upcoming 5 Series is going to be far more handsome, far more traditional, and it’s going to attract more customers. BMW’s new design philosophy is that the uber-premium cars, such as the 7 Series, X7, and XM lineups, will have the split-headlight, large grille designs. While every other BMW will be more traditional. The G60 generation will feature a normal kidney grille, typical BMW headlights, a smooth design, short overhangs, and a well-defined shoulder line. Despite wearing heavy camo, it also looks like the 2024 BMW 5 Series will have a decent looking Hofmeister Kink, too.

Seen here is also the expected large curved display powered by iDrive 8. The latest iDrive is also planned for the X5 / X6 LCI coming in 2023 and should pair a 12.3-inch instrument cluster with a 14.9-inch touchscreen. Prepare to say goodbye to a lot of physical buttons as the switch to a screen-heavy interior will come at the expense of traditional switchgear.

BMW will bolster its electric car portfolio in 2023 with the release of its first-ever BMW i5. Sharing the “G60” codename with the combustion-engined models, the zero-emission variant will feature essentially the same design as the ICE-powered cars. This recipe has already been used several times: X1 / iX1, X3 / iX3, 3 Series / i3, and 7 Series / i7. Unlike the i3 and i7 offered exclusively as sedans, it is widely believed that BMW is developing an i5 Touring to the delight of wagon fans. Like the gasoline- and diesel-fueled 5 Series Touring, the long-roof electric model is known internally by the “G61” codename.

A couple of BMW i5 models are planned initially. We expect to see an i5 xDrive40, followed by the top of the line BMW i5 M60 xDrive. For each version of the 5 Series, there will be several different models available, with different powertrain options. So we expect to see a combination of four and six-cylinder gasoline and diesel models, alongside a wide range of plug-in hybrids (530e, 550e and M560e). Of course, the touring G61 models is likely to follow suit with similar offerings.