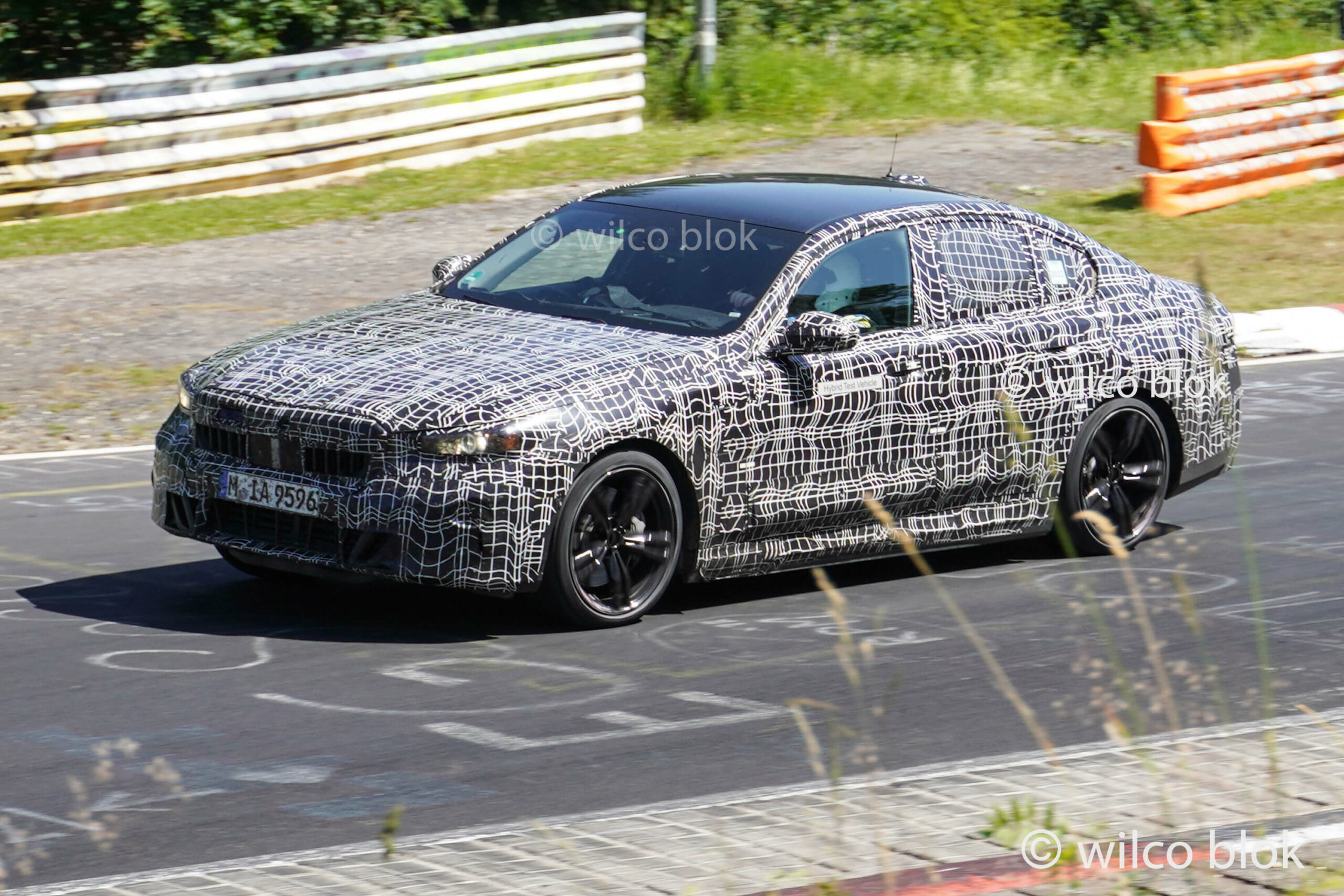 Are you concerned the next-generation 5 Series will follow the same controversial styling direction of the 7 Series? That’s not going to happen. BMW has made it clear the polarizing front fascia also adopted by the facelifted X7 and XM will not trickle down the range. Fresh spy shots from the Nürburgring of the Mercedes E-Class rival show Bavaria will play it safe with the exterior appearance of its eighth 5 Series.

The prototype seemingly had all the production body panels in place, along with the final headlights and taillights. It gives the impression of a modernized E60 with flush door handles and wider lights at the rear. BMW was kind enough to remove some of the camouflage from the front grille, which has vertical metallic slats flanking a thicker center bar connecting the two kidneys.

The engineers might have been testing the prototype’s suspension since the 5 Series (codename G60) was riding unusually low to the ground. It definitely wasn’t the i5 since it would’ve had a license plate ending in “E” and stickers on the body denoting its electric nature. That being said, the zero-emission version will look virtually identical by using the same CLAR platform. This strategy is already in place for the 7 Series / i7, but also the 3 Series / i3 Sedan (China only), and two pairs of crossovers – X1 / iX1 and X3 / iX3.

One of the spy shots shows the back of the Operating System 8 with side-by-side screens. The latest iDrive is also planned for the X5 / X6 LCI coming in 2023 and should pair a 12.3-inch instrument cluster with a 14.9-inch touchscreen. Prepare to say goodbye to a lot of physical buttons as the switch to a screen-heavy interior will come at the expense of traditional switchgear. Consequently, accessing the climate settings will be done from the center display.

The revamped 5 Series should break cover in the first months of next year, with the Touring (G61) to follow before the end of 2023. The more practical body style is expected to spawn both electric i5 and high-performance M5 derivatives, but nothing is official at this point.