This isn’t just any BMW M3 from the E36, but rather a sports coupe with an interesting story to tell. Aside from being painted in the desirable Dakar Yellow color, it’s the first right-hand-drive M3 from the E36 to arrive in the United Kingdom. In addition, it spent three years in Germany as a test vehicle, so it goes without saying it was in need of some pampering after living a full life.

Darkside Developments came to its rescue and brought the M3 E36 back to its former glory. The performance coupe went through a full restoration. This four-minute timelapse video gives us an idea about the number of man-hours invested to revive a modern classic. It looked a little bit rough around the edges when it originally arrived at the shop, but still very much worth saving. 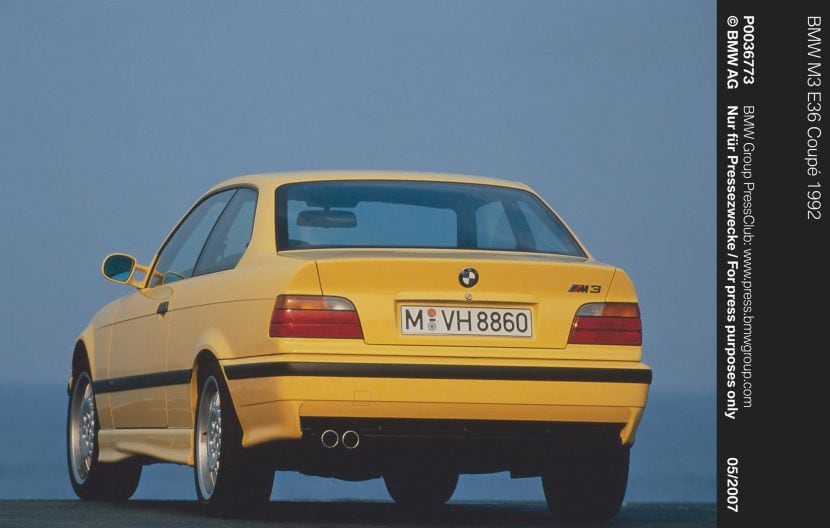 Understandably, time had taken its toll and there were quite a few areas devoured by rust. Once these issues were fixed, the car was fully resprayed. In addition, the exterior trim pieces are shining again while the wheels look as if they’ve never been used before. It’s also a pleasure to see cars revitalized, BMWs or from another brand, especially one as sought-after as the M3 E36.

It might not have been a homologation special (except for the M3 GT and the GTR) like its predecessor, the E30, but it was the first of many inline-six M3s. BMW initially sold it as a coupe before adding a convertible in 1994 when a sedan was also introduced near the end of the year. The S50 3.0-liter engine was later on replaced by a bigger 3.2-liter unit and the manual gearbox transitioned from five to six gears. Speaking of transmissions, the first-generation SMG automated manual was launched with this car.

BMW assembled fewer than 50,000 coupes during the M3 E36 era, which started in 1992 and ended in 1999. The convertible was the last to be discontinued, a year after the coupe and two years after the sedan.