The golden era of huge auto shows is over as automakers tend to unveil their new products at dedicated events so the cars won’t have to share the spotlight with models from rival brands. That doesn’t mean traditional shows have been completely abandoned, and even small ones are soldiering on in some parts of the world. Case in point, BMW is taking the opportunity to showcase its latest vehicles at the Auto Zürich Show.

The show started on Thursday and will keep its doors open to car enthusiasts this weekend. There’s quite a lot to see at BMW’s stand where the Bavarians are showcasing the M3 Touring, X7 LCI, and the i7. The super wagon is dressed to impress in an Individual paint (Frozen Pure Grey) and carries the anniversary roundels celebrating 50 years of M.

Although that one is a pre-production car and therefore can’t be sold to a customer, we do get to know an identically specced M3 Touring retails for CHF 170,530 in Switzerland. That works out to about $181,000 or €174,400 at current exchange rates.  BMW sells the M wagon exclusively as a Competition model with an automatic transmission and xDrive. 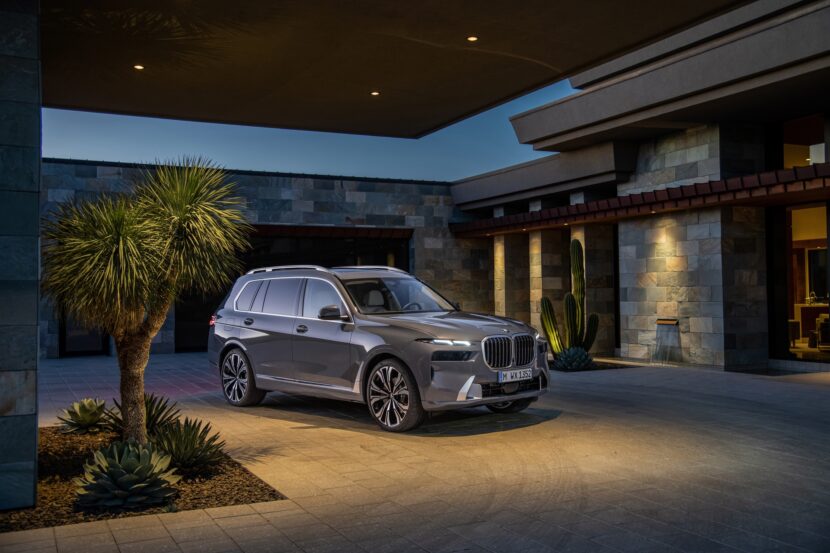 For something less sporty but still immensely practical, the facelifted X7 is exhibited at the Auto Zürich Show in the xDrive40d flavor. The fullsize luxury SUV received a comprehensive Life Cycle Impulse for 2023, bringing split headlights and the iDrive 8, which it shares with the M3 Touring and the fully electric i7 xDrive60.

Speaking of BMW’s latest infotainment system, the latest 2 Series Active Tourer is also showcased at the event and it too has the side-by-side screen setup. However, the displays are smaller and there’s no iDrive controller anymore. Elesewhere, BMW brought the M135i xDrive to the show ahead of next year when the hot hatch is due to receive an LCI with quad exhausts and more power from the B48 engine.

The Auto Zürich Show also offers the possibility to see the new Honda Civic Type R along with non-performance cars like the Hyundai Ioniq 6 and Nissan Ariya EVs.