BMW Shows Off The M3 Touring In Rainbow Colors

Home » BMW Shows Off The M3 Touring In Rainbow Colors 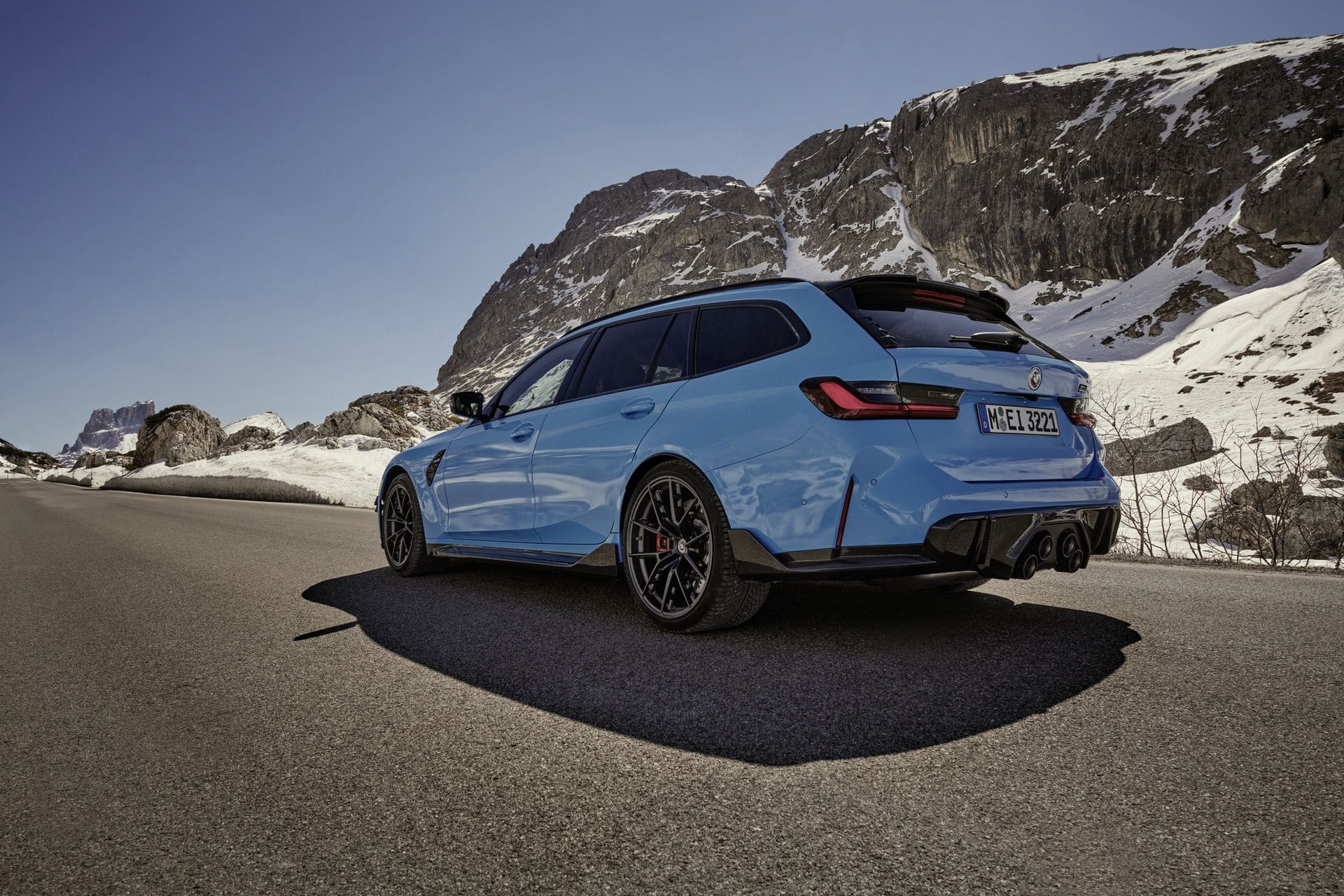 There are seven colors in the rainbow and BMW has a correspondent for all of them in the M3 Touring’s palette. The M division took to Instagram to show off just a few of the many hues available for the belated super wagon. These are undoubtedly some of the most eye-catching exterior finishes customers can pick from, including Verde Mantis and Dakar Yellow.

While this animation is full of color, let’s keep in mind the M3 Touring has been showcased multiple times in Frozen Black. It remains my personal favorite, although you simply can’t go wrong picking a color since the car looks great in just about every shade possible. If none of them tickle your fancy, BMW has a dedicated website where an impressively complex visualizer shows the speedy estate in all regular and Individual paints.

These paint jobs can’t be combined with a carbon fiber roof since the lightweight panel is only available on the M3. With the 3 Series LCI introduced earlier this year, the M340i Sedan can also be optionally fitted with the carbon roof. Other than that, the M3 Touring – sold only in Competition guise with xDrive – is available with the full gamut of customizations offered for the sedan.

If recent reports are to be believed, BMW will give the M3 and M4 a proper Life Cycle Impulse in the years to come after allegedly deciding to extend production of the 3 Series / 4 Series until 2027. The folks from Munich have already installed the iDrive 8 in the M3 Sedan and M3 Touring but without making the styling changes implemented in the lesser 3er models.

BMW M recently hinted a bigger high-performance wagon is in the works, and unlike the M3 Touring, it’s widely believed to come to the United States. Yes, the M5 Touring is likely returning as early as 2025.