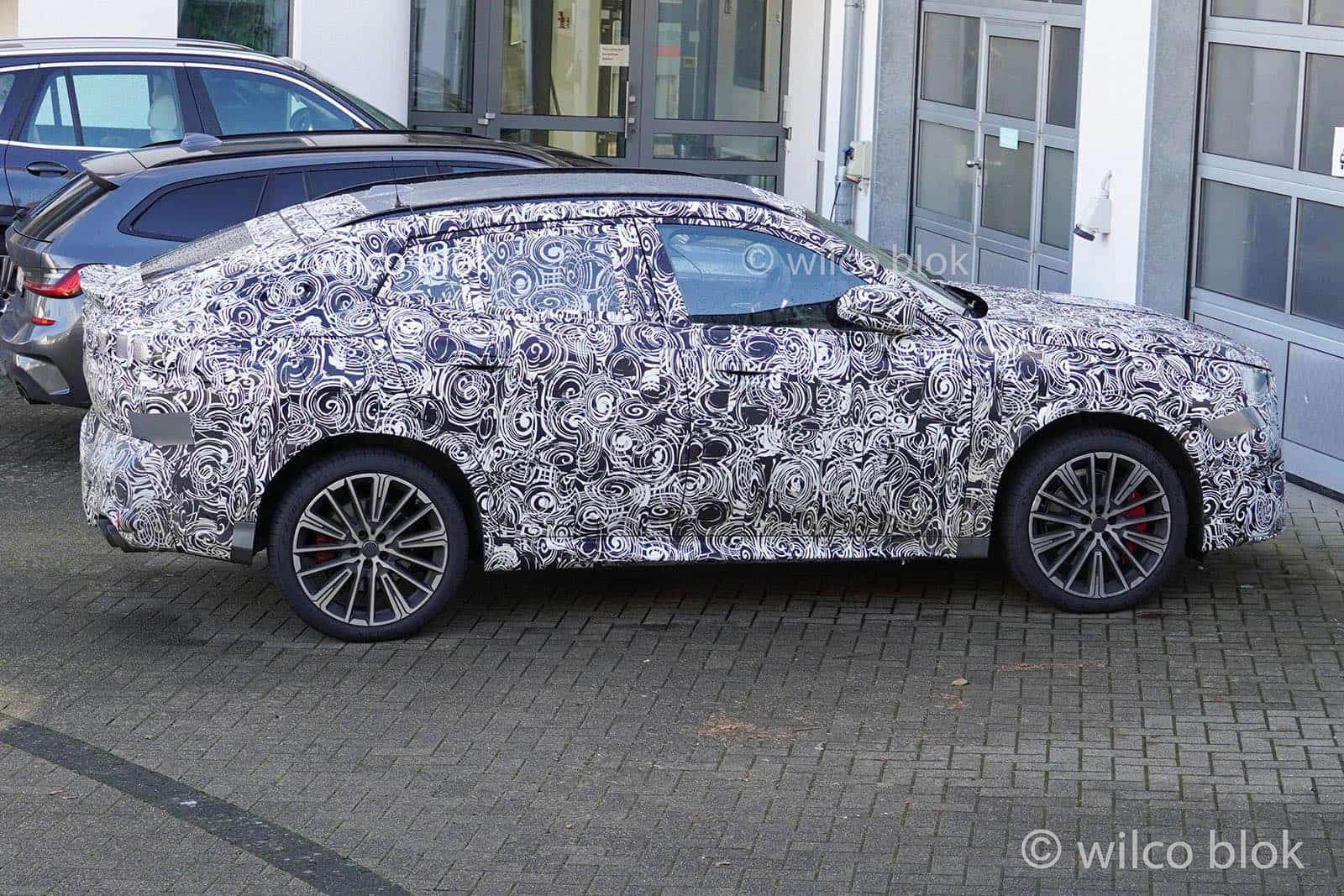 Rumor has it BMW will discontinue the X4 with combustion engines after the current generation runs its course but the smaller X2 will stick to ICE power for at least another life cycle. New spy shots show the smallest Sports Activity Coupe (SAV) from Bavaria resting between two testing sessions. It’s not just any version of the swoopy crossover, but the M Performance model. The dead giveaway we’re dealing with the M35i is at the back where the prototype was flaunting quad exhaust tips.

If those wheels seem familiar, it’s because they’re already available for the latest-generation X1 provided you opt for the M Sport Package. The 20-inch alloys come with red brake calipers on this X2 M35i, which appears to be painted in Storm Bay Blue judging by the exposed roof and a few other camo-free sections. The side profile shot gives the impression we’re dealing with a substantially larger car, which isn’t all too surprising now that the mechanically related 2023 X1 is 4.5 meters (177.1 inches) long.

No longer looking like a hatchback on stilts, the X2 follows the silhouette of the X4 and X6 models with a swoopy roofline combined with a fastback-esque derrière. Protruding from the camo at the rear is an integrated spoiler while the aggressive exhaust tips we mentioned earlier are quite large for what will be a four-cylinder M Performance car.

It is believed the new wave of “M35i” cars will make use of an uprated B48 engine. The X1 M35i and M135i LCI coming soon are expected to have 315 horsepower and an undisclosed amount of torque. For what it’s worth, we’ll remind you current four-pot M Lite models such as the M235i Gran Coupe are rated at 450 Nm (332 lb-ft).

Aside from having a substantially different shape, a larger body, and a beefier gasoline engine, the X2 M35i will inherit the Operating System 8 from the new X1. Also used in the 2 Series Active Tourer minivan, the latest iDrive has a 10.25-inch driver’s display and a 10.7-inch touchscreen housed within the same piece of gently curved glass. The fancier BMWs use larger displays measuring 12.3 and 14.9 inches, respectively.

Codenamed U10, the new BMW X2 is expected to enter production in about a year from now and will spawn a purely electric iX2 derivative to mirror the iX1. It should be noted that BMW has already discontinued the original model (F39), although you should be able to find an already-built car at dealers in the next few months.