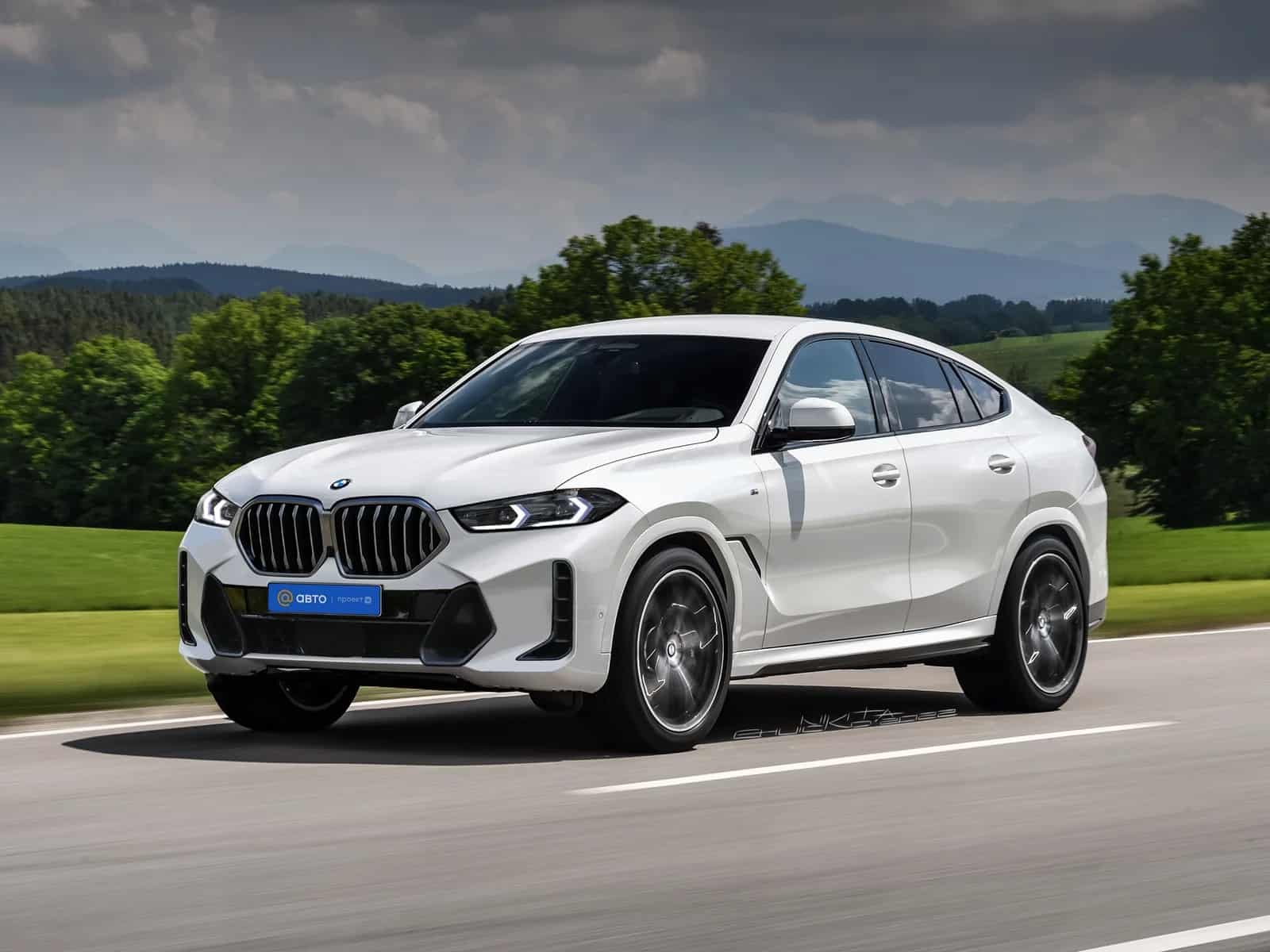 Who could’ve predicted that there would come a day when the X6 would no longer be the most controversially styled BMW? That role has now been attributed to the boldly designed 2023 XM, which makes the swoopy SUV look almost conventional by comparison. Codenamed G06, the third-generation model was unveiled about three and a half years ago after its predecessor’s life cycle was shortened by skipping the typical LCI. A proverbial nip and tuck is being worked on for a 2023 release.

Ahead of its official reveal, the X6 LCI has been speculatively rendered by an independent artist in an attempt to see into the future of the Sports Activity Coupe’s styling. It’s more than just a shot in the dark since although done by a third party, the digital design exercise has some truth in it by using spy shots of camouflaged prototypes as the foundation.

If you’re not a fan of the split headlights installed on the XM and X7 LCI, you’ll be happy to hear the facelifted X6 (and the X5 LCI) will continue with one-piece clusters. These are expected to have a sharper look akin to other recent BMW products, including the 3 Series LCI. The kidney grille won’t extend down onto the bumper, so overall, the company’s design team will not rock the boat.

More angular front and rear bumpers are expected while the taillights are likely to be mildly updated. The adjacent rendering imagines the rear lights with a darker tint and three vertical side elements echoing the XM’s taillights. New alloy wheel designs along with fresh body paints should round off the changes on the outside.

The interior will be significantly modified since BMW intends to simplify the dashboard by eliminating the physical controls for the climate settings. These will be integrated into the touchscreen of the iDrive 8, likely set to measure 14.9 inches. To the left of the infotainment will be a 12.3-inch driver’s display, with both housed within a large piece of slightly curved glass.

It is believed the X6 M50i will transition to the M60i moniker to reflect an engine change. Shared with the full-fat M model, the twin-turbo 4.4-liter “S68” mild-hybrid engine will replace the outgoing non-electrified S58. This V8 gasoline mill is already being used in the X7 M60i, 760i, and in the XM where it works with an electric motor.

Production of the LCI is expected to kick off in April 2023, which means BMW will take the wraps off the facelifted X6 at the beginning of next year when we should also see the equivalent X5 LCI.