We’re still not quite used to the idea the M760i has been dropped in favor of an M760e, losing no fewer than six cylinders during the transition from a mighty V12 to an inline-six.  An M Performance model using a plug-in hybrid powertrain, the electrified fullsize sports sedan stars in a new promo film flaunting its striking design.

The 2023 BMW M760e is featured here wearing an optional two-tone paint that combines Dravit Grey with Sapphire Black while riding on 21-inch alloy wheels wearing M branding. It has a stealthy spec courtesy of the blacked-out front grille making the giant kidneys look less visible. At the same time, the video is a reminder of how much the 7 Series has changed with the G70 generation since it looks nothing like its predecessor. 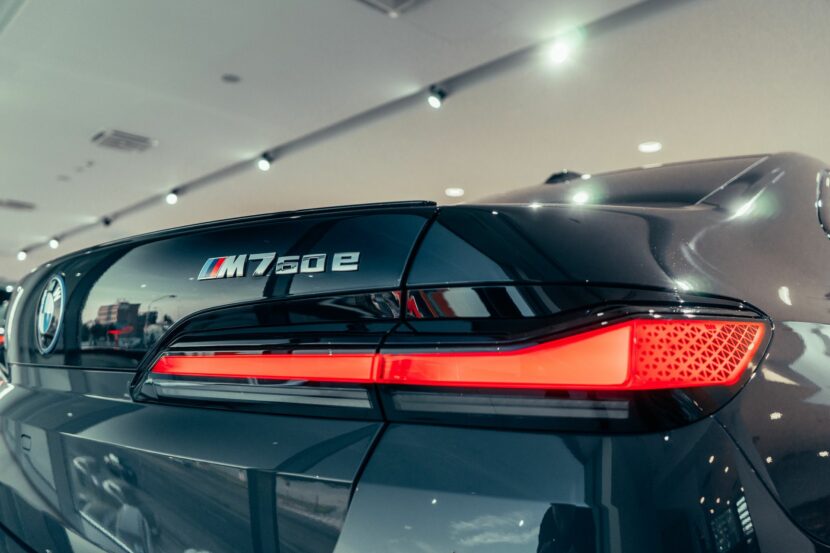 The overhaul continues inside where the seventh-generation model shares very little with the model it replaced. While many people have been vocal about the controversial exterior styling, the consensus about the interior is BMW hit it out of the park.  The cabin looks far more luxurious than ever before and it’s also roomier since the new 7 Series has been stretched beyond the old long-wheelbase model (G11).

BMW shouldn’t be criticized for retiring the V12 because the tighter emissions regulations are rendering large-displacement engines obsolete. The V8 powering the 760i is sticking around, but not in Europe where the laws are stricter than in the United States. The M760e represents the pinnacle of performance for the 7er while still having a combustion engine. Next year’s i7 M70 will be the all-electric sporty flagship.