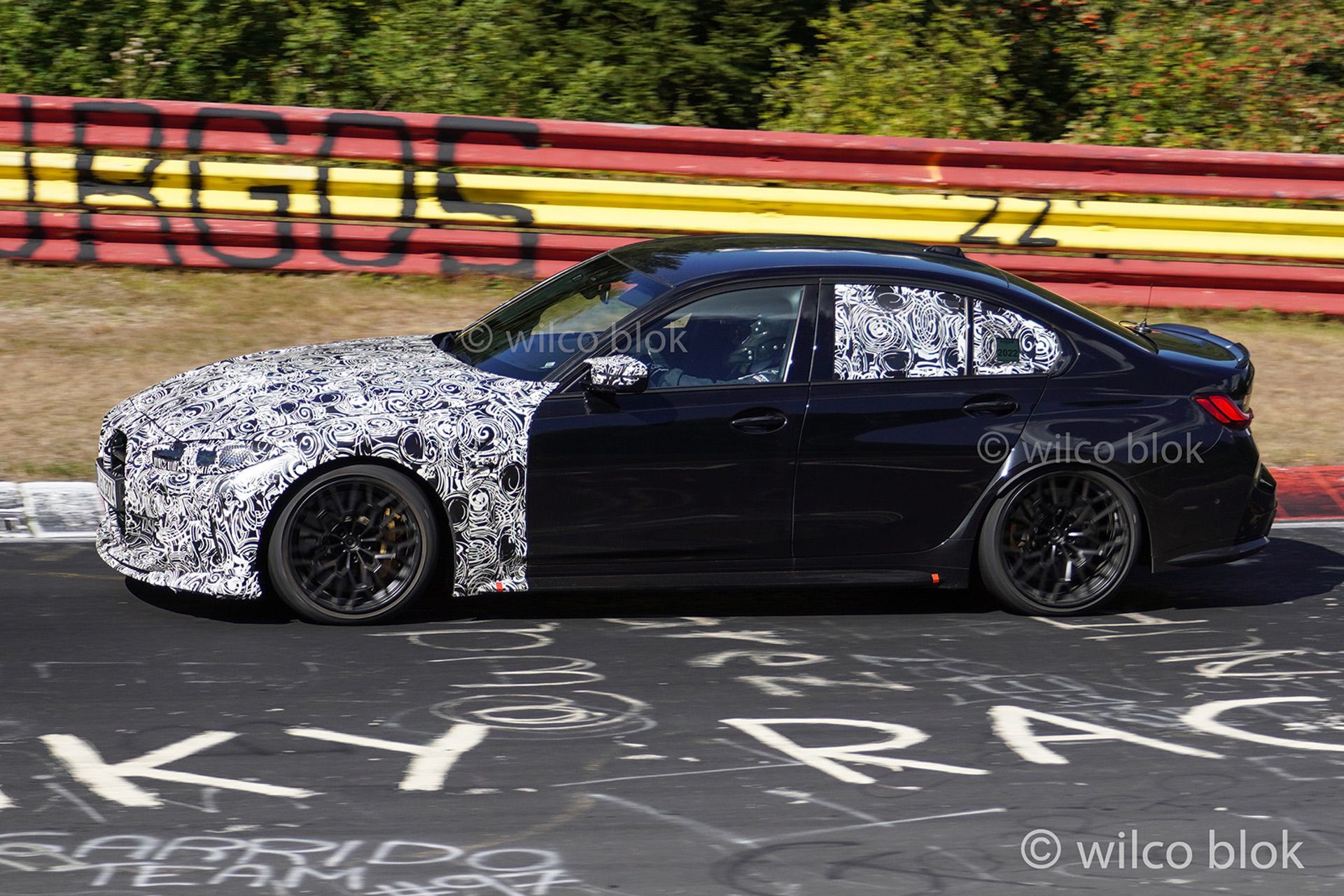 BMW has revived the CSL moniker for a hardcore M4 and will take the coupe to a new level with the 3.0 CSL arriving next month. That doesn’t mean the M3 is being neglected as the performance sedan will also spawn a hotter derivative, albeit not as intense. Come 2023, the M3 CS will represent a step above the Competition xDrive model by adding power and shaving off weight.

Ahead of its world premiere, the spicy M3 has been caught undergoing final testing at the Nürburgring while flaunting an M4 CSL-styled front bumper. We’re still puzzled as to why BMW keeps applying camouflage wrap on the rear windows, seemingly because the prototype doesn’t have rear seats. The M4 CSL is a two-seat affair and so will be the 3.0 CSL, but does it make sense to remove the rear bench of a sedan in the quest to shave off weight?

The M3 CS wouldn’t be the first sedan in recent years to do away with the rear seats since Jaguar did the same thing with its wild XE SV Project 8. The British marque allowed customers to optionally put the rear seats back into the car, so maybe BMW will have a similar approach. A diet largely based on carbon fiber is planned for the special edition, but it won’t be as drastic as the M4 CSL’s. As a refresher, the engineers managed to remove 100 kilograms (220 pounds) of fat compared to the M4 Competition.

It is believed the M3 CS will be sold exclusively with xDrive and an automatic transmission. The inline-six engine could be dialed to 540 horsepower, which would be 10 hp less than the M4 CSL and 30 hp more than the M3/M4 Competition. To set it apart from the lesser versions of the performance sedan, BMW will install M-specific headlights and front bucket seats as standard equipment.

Sources close to Munich have revealed production is slated to begin in April 2023, which would mean the official reveal could happen at the beginning of next year. Meanwhile, BMW is currently busy with the M2 G87’s debut next week and the 3.0 CSL’s sometime in November. The M3 CS will have limited availability as the EOP is apparently locked in for February 2024. With only about 11 months of production, you won’t be seeing these so often. The namesake model based on the previous-generation M3 (F80) was limited to around 1,200 units.