Earlier this week, BMW UK released the first official images with the M4 CSL in right-hand-drive configuration and we can now see the very same car dueling in a drag race. The folks from Carwow decided to go with another track-focused machine, albeit it’s more expensive and has a completely different drivetrain. Yes, a Porsche 911 in the GT3 specification.

While the Competition Sport Lightweight uses a twin-turbo inline-six engine, Zuffenhausen’s sports car relies on a naturally aspirated flat-six mill. Both send power to the rear axle, but the 911 GT3 has the engine mounted at the back for better traction. The Porsche also happens to be 190 kilograms (419 pounds) lighter. On the flip side, it’s down on horsepower by 40 hp. Courtesy of forced induction, the M4 also has an extra 180 Nm (132 lb-ft) at its disposal.

The type of gearbox plays a major role in a drag race and these two cars have different approaches. The M4 has an eight-speed torque-converter automatic whereas the 911 GT3 features a seven-speed, dual-clutch transmission. Carwow’s Mat Watson had a difficult time launching the BMW and needed more than a few attempts to efficiently put the engine’s power down. When that eventually happened, the Porsche was still faster. 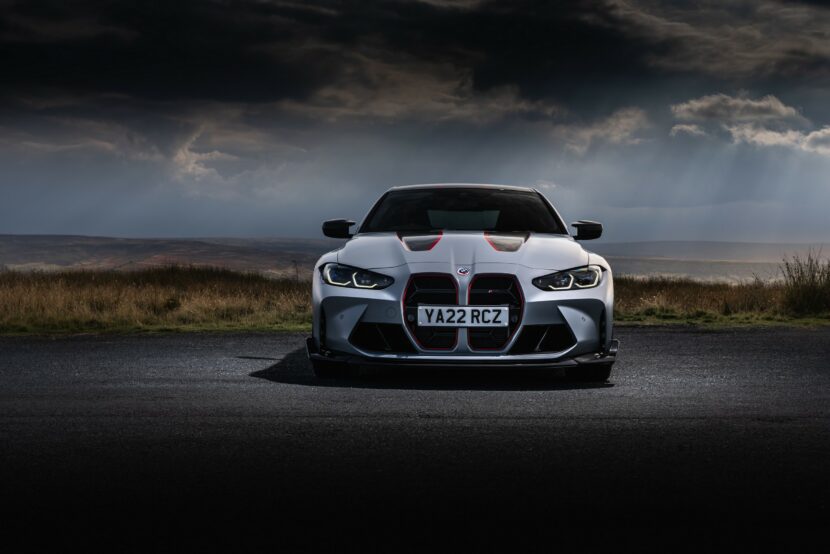 The next order of business was a rolling race from 50 mph (80 km/h) with the cars in their sportiest settings and the transmissions in automatic mode. Once again, it seemed the gearbox was the Achilles’ heel for the M4 CSL by slightly hesitating to downshift. The Bavarian coupe eventually started to catch up the 911 GT3, but it was too little too late.

The rolling race from 50 mph (80 km/h) was repeated, only this time the gearboxes were in manual mode. That made a whole lot of difference as the CSL was substantially quicker thanks to that extra torque. The two were closer in the subsequent duels from 40 mph (64 km/h), but the BMW won both.

The final showdown consisted of a brake test from 100 mph (161 km/h). Unsurprisingly, the Porsche stopped much quicker than the BMW thanks to its significantly lower curb weight. That’s despite the fact the M4 CSL comes with carbon-ceramic brakes from the factory.