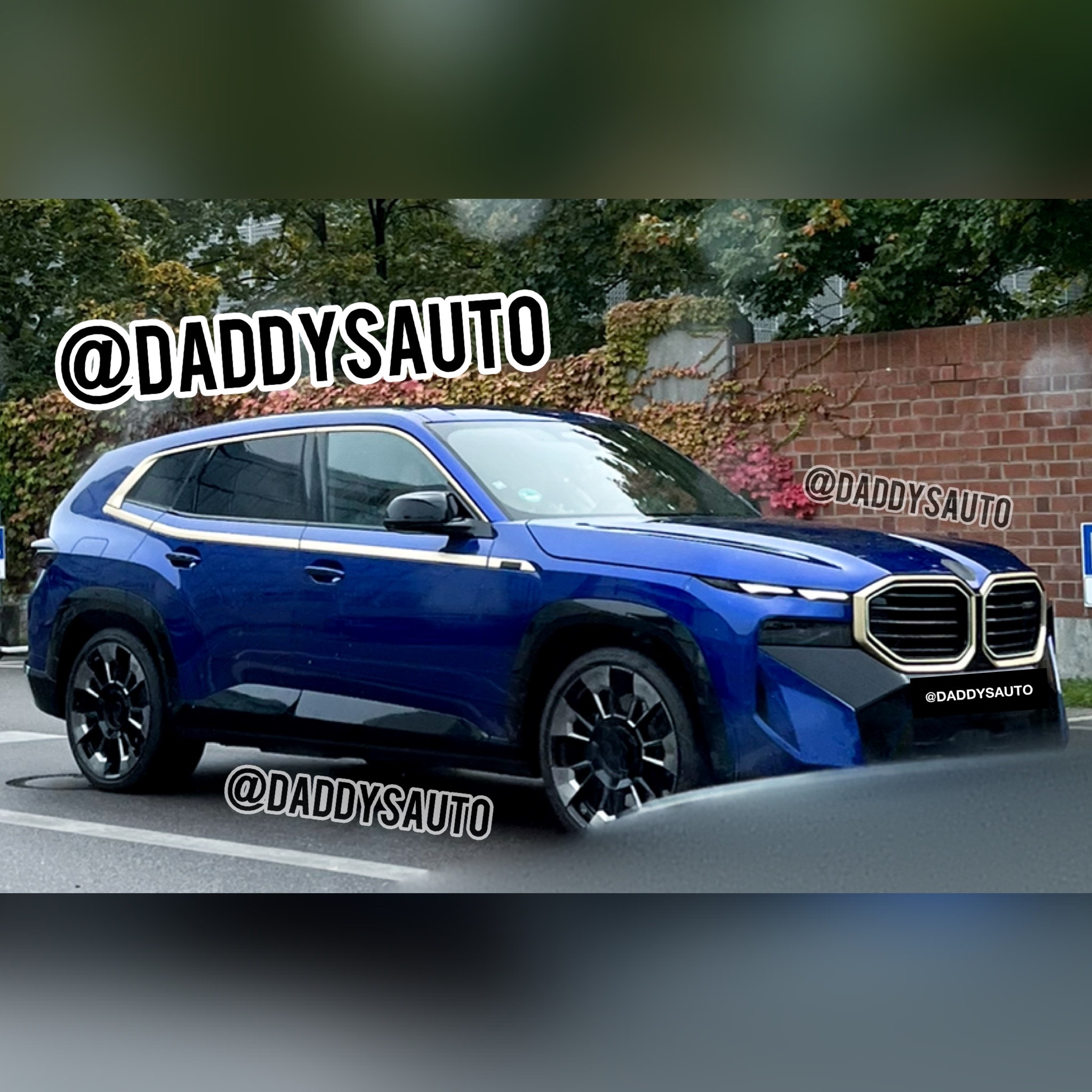 A BMW XM production series in Marina Bay Blue was spotted earlier today in Munich, Germany, courtesy of @daddysauto. The bespoke M power SUV made its online debut this week and it’s scheduled to go into production in November 2022. Initially, BMW will sell one model, simply called the XM. We’ll discuss the Label Red further down below, as BMW M’s ‘Label’ system is another first and requires a bit more explanation.

Two of the XM variants will come with the S68 4.4-liter twin-turbocharged V8 paired with a hybrid electric motor. All XMs will be all-wheel drive as well, featuring a newly tuned xDrive system. In the standard XM, that combined powertrain makes 644 horsepower and 590 lb-ft of torque (483 horsepower from the engine, 194 horsepower from the motor). Interestingly, the electric motor by itself makes 206 lb-ft of torque but an additional gear set, in between it and the transmission’s input shaft, bumps that torque figure up to 332 lb-ft. According to BMW, the standard XM gets from 0-60 mph in 4.1 seconds (0-62 mph in 4.3 sec.

This particular BMW XM is priced at $159,000 plus $995 destination and handling. But if you need more power and exclusivity, at a higher price tag, then BMW will have a Label edition for you. The Bavarians announced the BMW XM Label Red, a 750 horsepower / 753 lb-ft of torque monster SUV which will launch in Summer 2023. Obviously, this will be the faster version but BMW hasn’t released official performance figures just yet, so how much faster is still very much in question. BMW claims peak torque from the engine comes in at 1,500 rpm and lasts until 5,000 rpm, giving it an incredibly wide, flat powerband. The price tag? At least $185,000, and for that money you will get some exclusive color, trims, wheels and much more.

Speaking of colors, BMW says that 7 paint colors are available for the exterior of the BMW XM, including three colors exclusive to M models and one BMW Individual finish. Further options are expected to be added in summer 2023. Eventually, customers will be able to choose from more than 50 BMW Individual paint finishes.

BMW does a good job of representing old school and new school with the XM color options. Which is good – as its supposed to be a bit of a mashup of both. Carbon Black, Black Sapphire Metallic, and Mineral White look classically good and are very “safe” options. Marina Bay Blue, Toronto Red, and Dravit Grey represent the new school. And for the true new kids on the block, Cape York Green Metallic shows up, too.

You can also see the Marina Bay Blue on the XM in these images, a color that suits well the aggressive lines of power SUV. BMW is all in promoting the new XM, so stay tuned for more coverage in the next few days.