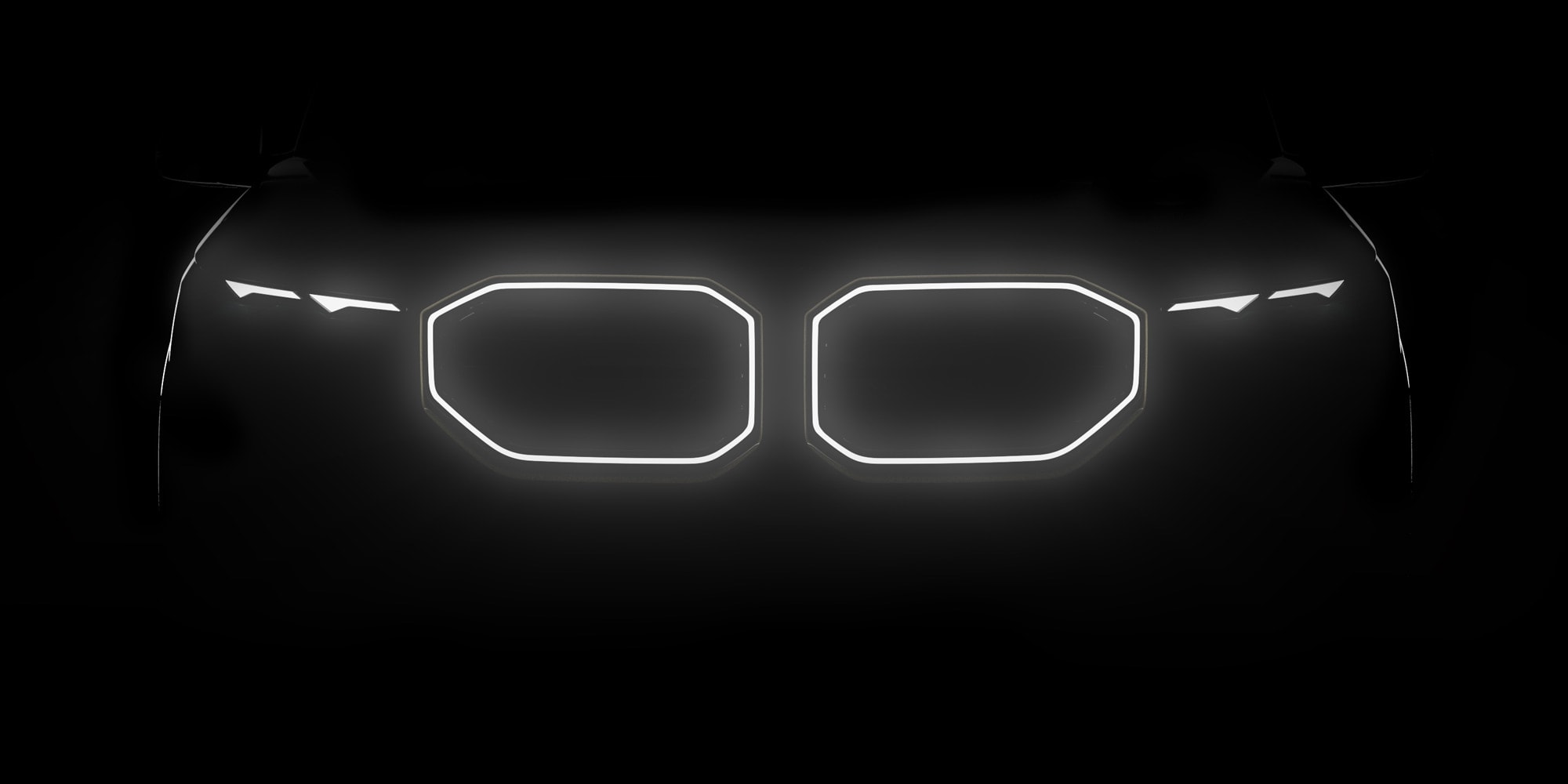 The BMW XM is almost here, just a couple of weeks away, and it’s going to be one of the more interesting BMWs in many, many years. Not only will it be the M Division’s first-ever hybrid but we’re finally going to see what the M Division can do with a blank slate. Well, a blank slate and an order from the brass to make the highest-profit vehicle possible. Which is why we’re getting a massive SUV and not a sleek, two-seat sports car. But I digress. BMW M CEO Frank van Meel recently took to Instagram to tease the upcoming XM in a few behind-the-scenes photos.

In the new photos, you get to see the BMW XM in a couple of different ways. The first photo shows off the silhouette of its front end, as it’s cloaked in shadow. Peering through the darkness are its illuminated kidney grilles and headlights, which show off the design of both. The grilles are massive and the upper portion of the headlights are slim. The XM as a whole seems absolutely massive, with an enormous wheel track and what seem to be massive tires. I guess that’s necessary when you’re packing 750 horsepower.

The other photos show off what seems to be some behind-the-scenes shots of the XM under wraps, to shoot the car at night and get the illuminated front end photos BMW needed. While there really isn’t anything revealed in these shots, they do give us another hint at the XM before its official reveal on September 27.

When the BMW XM does debut, there will hopefully be many questions answered. For instance, how many different variants will there be? Will its interior separate itself from the rest of BMW’s lineup, at least well enough to justify its price tag? How much is it going to cost? There are many questions we have and, hopefully, when the time comes we’ll get answers to them.

I think the most important question won’t be answered until we drive it, though. And that is quite simple: is it any good? The BMW XM is an odd duck because it’s the first standalone M car since the M1 but it’s also the first hybrid SUV and it’s also the heaviest M car in history. So it’s sort of the antithesis of everything the M Division is supposed to be about, while simultaneously returning to the M Division’s original roots by not being based on a pre-existing BMW.

We won’t be able to pass any judgement until we drive it but at least the reveal in a couple of weeks will give us some answers.