Four years have passed since BMW introduced the X7 and the flagship SUV already looks quite different while remaining within the same first generation. The Life Cycle Impulse has brought somewhat of a shock in terms of design by separating the daytime running lights from the low and high beams. This love/hate layout has given the fullsize luxobarge a new visual identity, which has been carried over to the 7 Series. Soon, the XM will adopt a similar look.

A new walkaround video puts the spotlight on the 2023 xDrive40i in the M Sport flavor with glossy black accents, varying from the kidney grille to the roof rails. The three-row SUV is finished in Skyscraper Grey Metallic and has been ordered with black 22-inch wheels but you can go even bigger and opt for a 23-inch set. The rear end has been largely carried over, albeit the LED taillights do have a 3D effect and nifty side graphics. In addition, the tailgate’s chrome trip has been tweaked, although you’ll have a hard time noticing it’s slightly different. 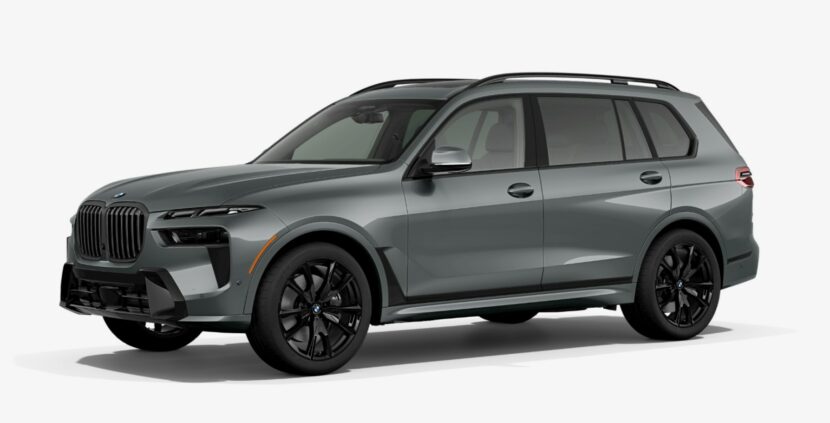 The car in question was built in the six-seat configuration by featuring optional second-row captain’s chairs. From a dual-pane sunroof and Alcantara headliner to carbon fiber accents and M-branded door sills, this X7 has a sophisticated interior worthy of a large premium SUV. The cabin comes with black Sensafin leather upholstery, which can be upgraded to the $1,950 Extended or $4,650 Full Merino leather.

While the split headlights denote it’s the LCI model from the outside, the iDrive 8 does the same thing on the inside. In addition, the passenger side of the dash now hosts an illuminated “X7” graphic, which is replaced with the letter “M” on the more potent M60i version. Other changes include a much smaller gear selector and the removal of separate climate controls. The HVAC settings are now accessible only through the 14.9-inch touchscreen, which sits above slimmer central air vents.

Overall, the BMW X7 has gone through substantial changes for only a facelift, and while there’s still no plug-in hybrid option, some of the engines now boast mild-hybrid tech. This 48V setup is available for the M60i with its new twin-turbo 4.4-liter V8 “S68” unit you’ll also find in the 2023 ALPINA XB7.