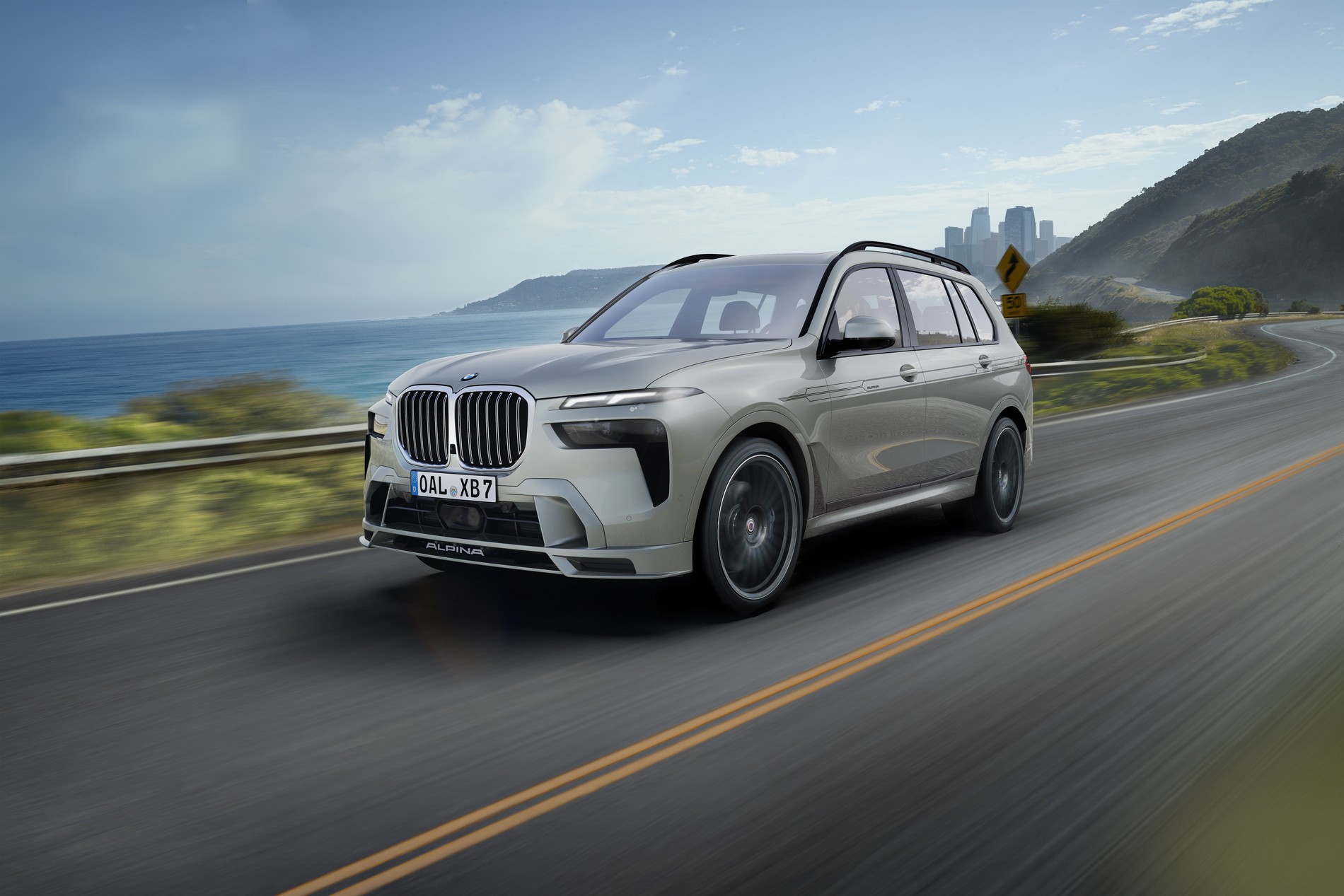 Well, that was quick. Less than 24 hours after BMW introduced the X7 LCI, sister brand ALPINA is rolling out its updated XB7. We only have this sole image to go by, but it’s enough to confirm the version from Buchloe takes after the M60i version. It has the more aggressive front bumper to which a new apron has been attached for a more imposing fascia.

We’re not particularly fond of the color choice, but rest assured ALPINA will offer a wide array of fancy paints to further class up the XB7. While a rear image has not been provided yet, we do know the updated SUV retains the quad-oval exhaust tips housed within a beefy apron. At an additional cost, the classy family hauler will be offered with 23-inch forged wheels with a 20-spoke design and an anthracite finish.

The XB7 Gets The New Engine As Well

The updated variant uses a newly developed cross-bank exhaust manifold for an angrier V8 noise. The illuminated grille has been implemented, and so have the iDrive 8 and eight-speed auto with its integrated 48V setup. As always, ALPINA-specific tuning for the chassis, suspension, and brakes separate the XB7 from its mainstream sibling.

ALPINA is already accepting orders for the left-hand-drive version and will commence deliveries in December. At home in Germany, the XB7 carries a starting price of €170,500. The RHD model and the US-spec XB7 will be available to order from September, with production kicking off in December. Full details regarding the standard kit and options will be disclosed in the first half of May. Around the same time, the configurator will be up and running.