Sedan or wagon, there are no wrong answers when it comes to getting a 2023 BMW 3 Series LCI. Dealers are getting acquainted with the facelifted version and are showing more and more cars they have in their inventory. After showcasing the Touring at the end of July, Jardine Motors Group is back with a follow-up video. This time around, it’s for the sedan.

While the wagon was a 320d M Sport, the saloon is the performance-oriented M340i xDrive with its six-cylinder engine. It’s finished in Tanzanite Blue with 19-inch wheels and a black interior with the M colors adorning the seatbelts. Interestingly, the dealer had no problems in selling the car as it was purchased on the very same day it arrived at the showroom. 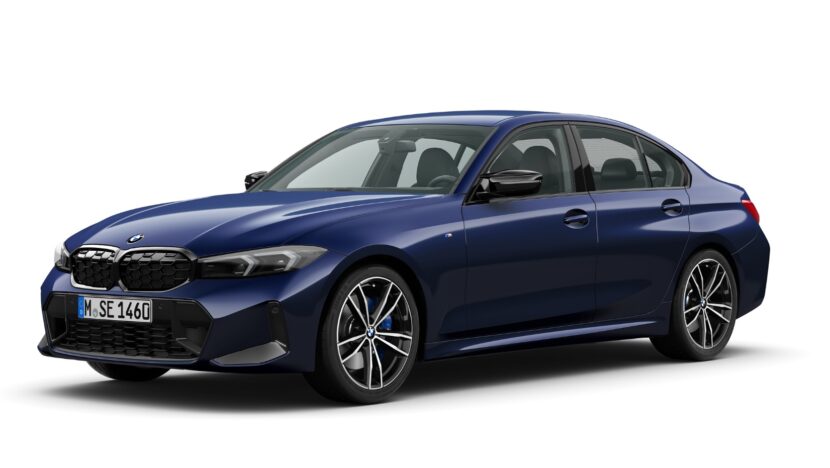 Oddly enough, the car hasn’t been equipped with the throwback BMW Motorsport emblems despite being an M Performance version. The retro badges are available throughout 2022 to celebrate 50 years of the M division and can be had on all vehicles equipped with the M Sport Package or full-fat M cars. As denoted by the blue accents in the redesigned headlights, this M340i has optional adaptive lights.

On the outside, the other major change is represented by the redesigned front bumper, but the rear apron has also been tweaked a bit. This particular M340i doesn’t have it, but BMW is now offering the M Performance 3 Series with an optional carbon fiber roof only available for the sedan body style. For 2023 and onwards, the “M Lite” models get redesigned side mirrors resembling those of the actual M3.

Inside, all variations of the 3er with the LCI have the Operating System 8 with the 12.3-inch digital driver’s display and the 14.9-inch touchscreen. The simplified center console has lost the separate controls for the climate settings and you’ll also notice the old transmission lever is gone, replaced by a small gear selector.

With small changes on the outside and big changes on the inside, the G20 soldiers on and is believed to remain in production until early 2027, with additional changes planned for the coming years.