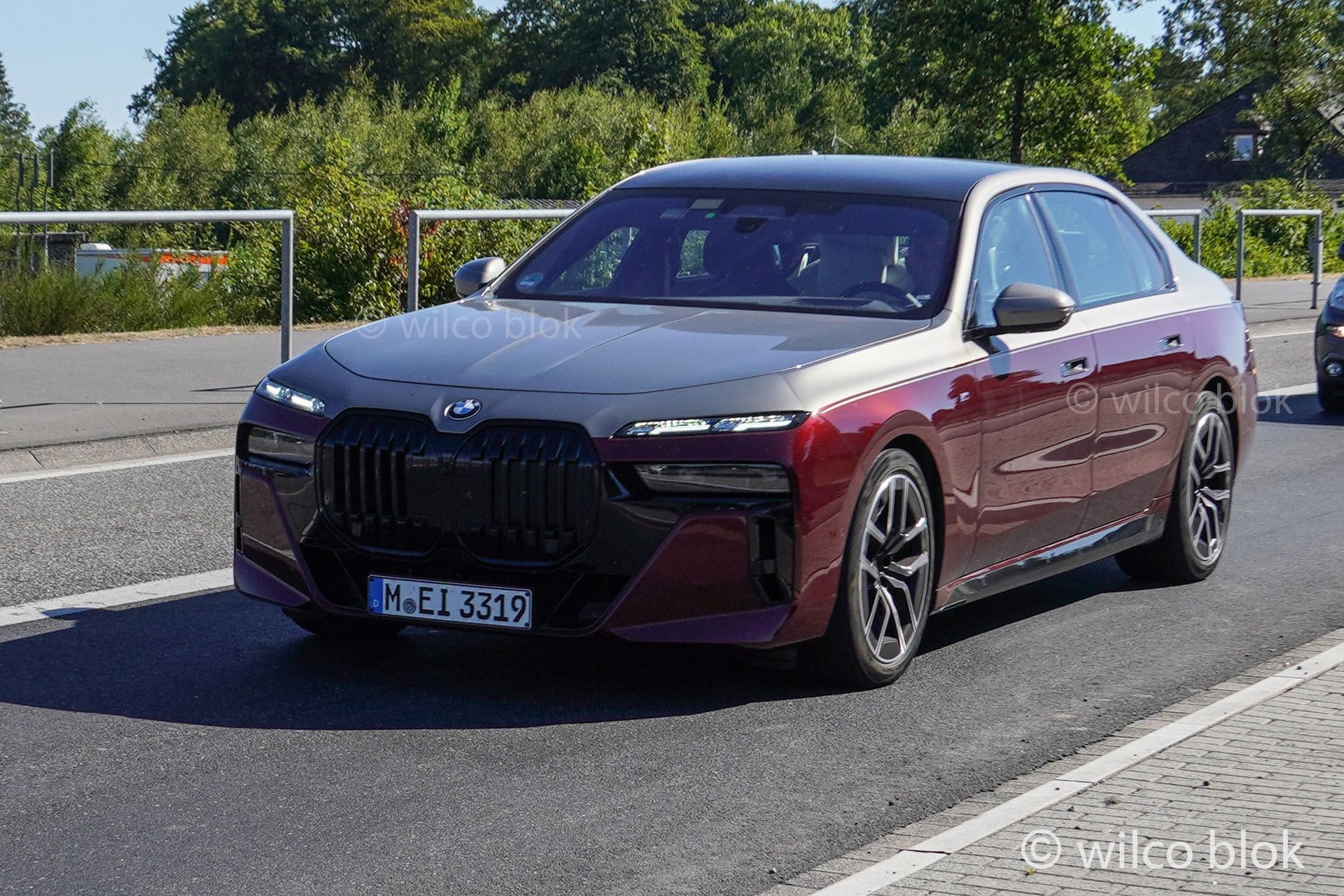 It seems that BMW is trying to close the gap a bit between its 7 Series luxury sedan and its Rolls-Royce partners. The new 7 Series comes with a few features that were previously only seen on Rolls-Royce models, such as two-tone paint. That might seem trivial but two-tone paint is often reserved for only the highest of luxury cars, such as Rolls-Royces and Mercedes-Maybachs. Now, though, it will be an option on ordinary 7 Series models, which is interesting.

Seen in these new photos, you get to see the 7 Series wearing its two-tone paint option. More specifically, the Cashmere Silver/Aventurine Red option. It’s the most common two-tone color combo we’ve seen on the 7 Series so far. However, it’s not the only one you’ll be able to get. You can also get the upper half in either Oxide Gray or Black Sapphire, and then choose from a few different bottom half colors. While the two-tone paint option isn’t for everyone, it’s cool that BMW is offering it on even its entry-level 7ers.

This new 7 Series is quite the polarizing car, too. Its new split-headlight design is controversial but it isn’t necessarily bad looking. In fact, the headlights are actually the best part of its front-end design. The grille is still too big but at least it’s a bit more cohesive than it was before. What’s cool about the new two-tone paint is that it actually works with the split headlights well, with the top headlight in the top color, and the bottom headlight in the bottom color. If you get a darker bottom color, it hides the bottom headlight a bit, which is neat.

There’s no question, this new 7 Series is going to be the most luxurious 7 Series in history. Its two-tone paint is just the beginning, as it has power open/closing doors (like a Rolls), little screens built into the rear arm rests, a glowing light bar for front trim, and massive 8k theater screen. It might look unusual but it should deliver the luxury goods. 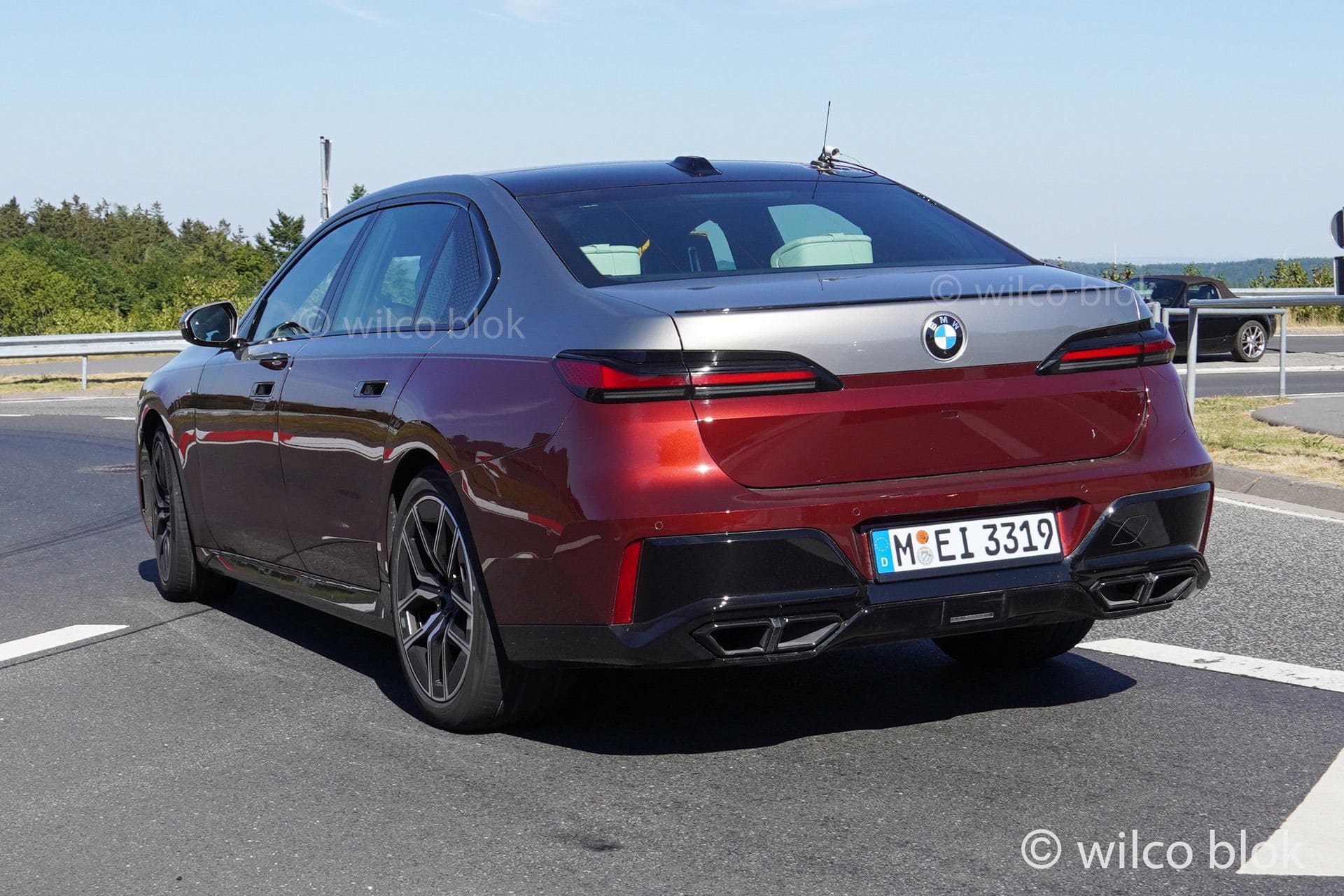 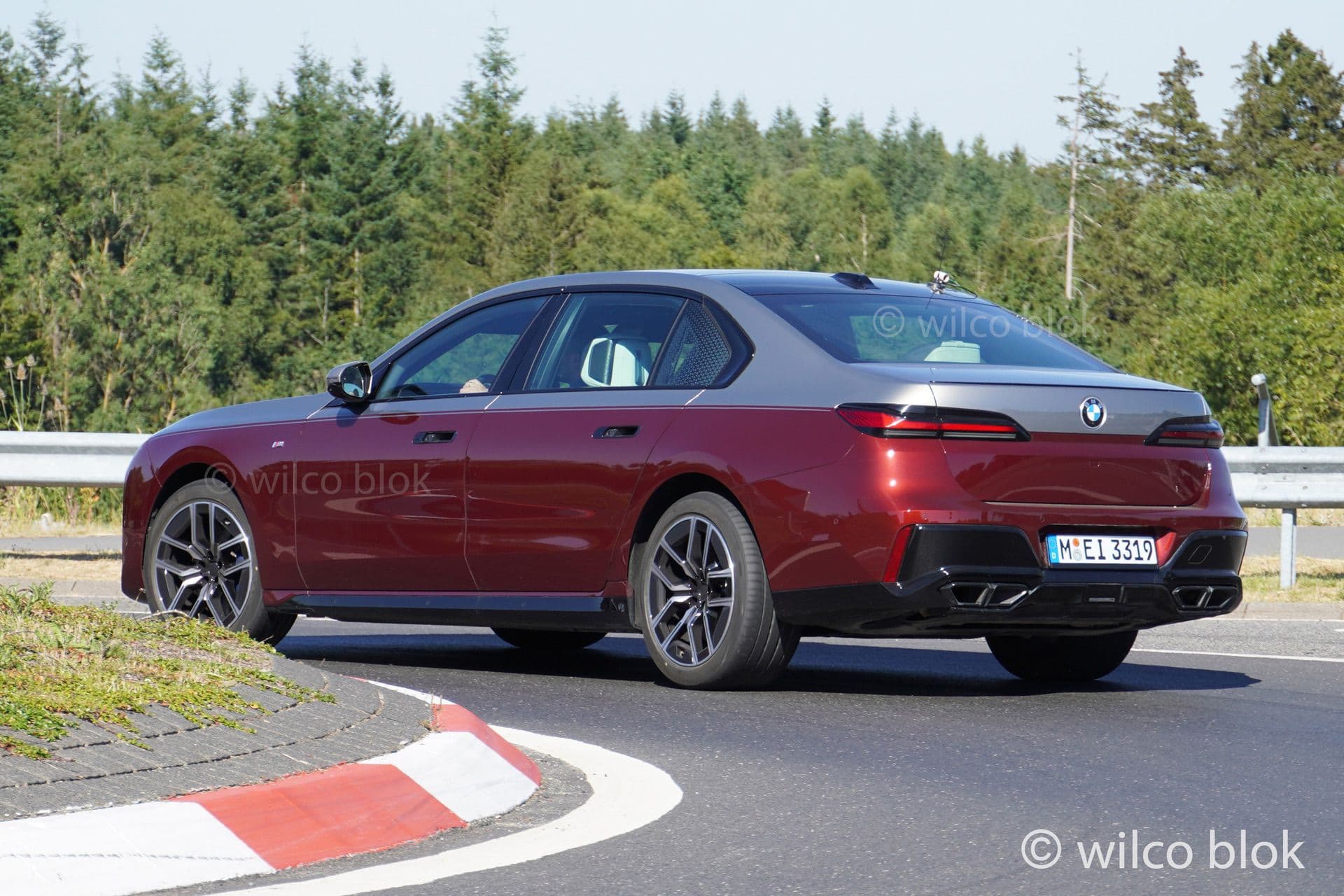