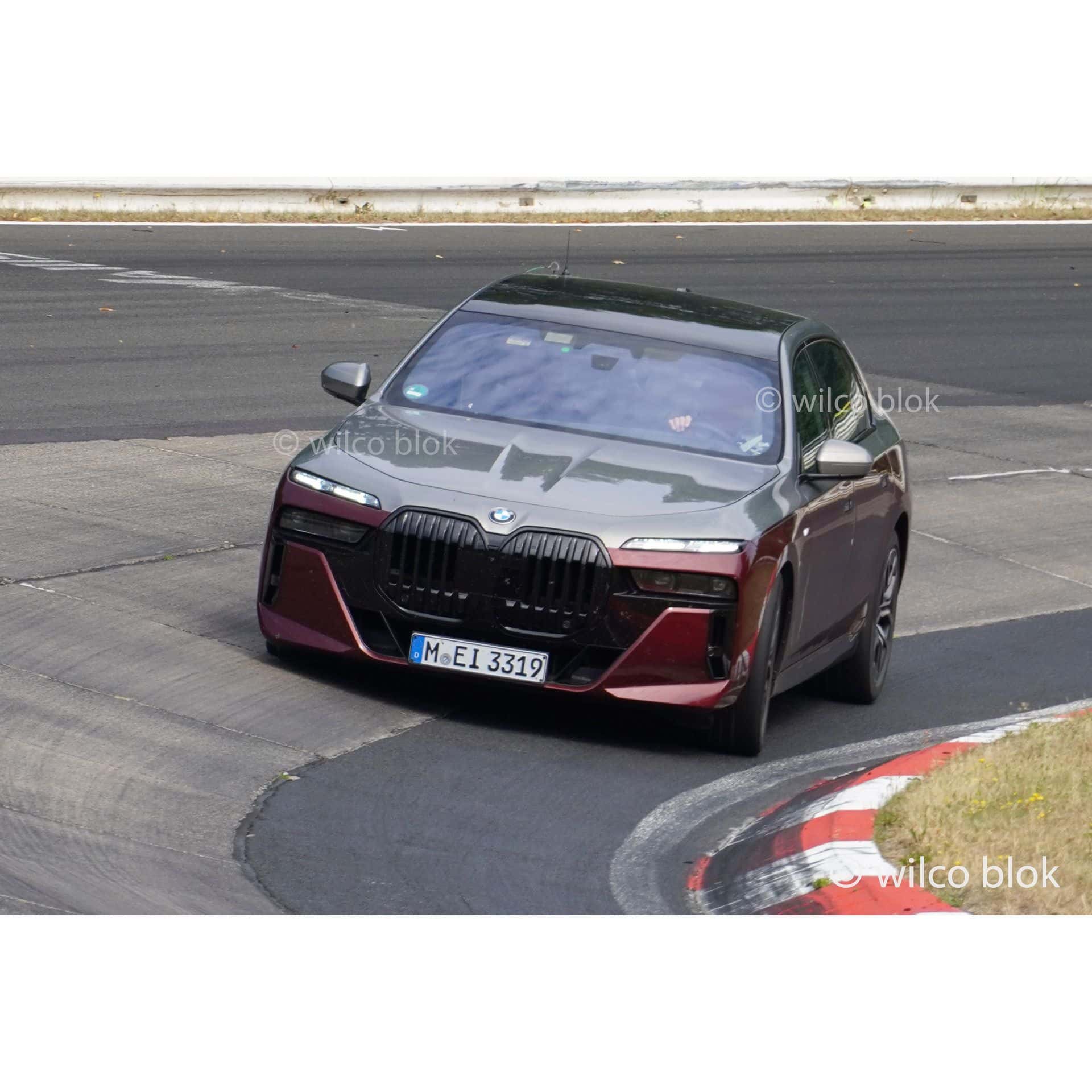 An interesting BMW 7 Series has just hit the race track. This two-tone painted BMW 7 Series was spotted at the iconic Nurburgring going through some ordinary testing procedures. It’s also quite interesting to see a car of this size hitting the apex. This classy combination of Cashmere Silver Metallic and Aventurine Red Metallic is paired with the aggressive front fascia of the M Sport Package. As seen in the images below, the front-end looks quite aggressive, thanks to the combination of large air intakes and a sporty front lip, aided by the black, silver and red-painted surrounding panels.

The electrified M760e runs to 62 mph (100 km/h) in just 4.3 seconds. It’ll continue to accelerate until 155 mph (250 km/h) when the electronic top speed limiter is programmed to kick in. Switch off the six-cylinder gasoline engine and the maximum velocity drops to only 87 mph (140 km/h).

The M760e xDrive uses an eight-speed Steptronic gearbox. The electric motor draws its juice from a lithium-ion battery pack with a usable capacity of 18.7 kWh, which is more than 50% compared to what the old 7er PHEV had. You can fully recharge the battery in less than three hours. The M760e xDrive aims to deliver 50 miles (80 kilometers) of electric range in the WLTP cycle.

Now when it comes to the 12,000 euros paint, there are also a range of BMW Individual paintworks available with either a Black Sapphire metallic or Oxide Grey metallic upper sections. So this new BMW 7 Series offers a wider range of customizations than any other prior model. First drives of the new BMW 7 Series are scheduled this fall, but in the meantime, you can always catch our YouTube pre-drives of the high-end limousine. 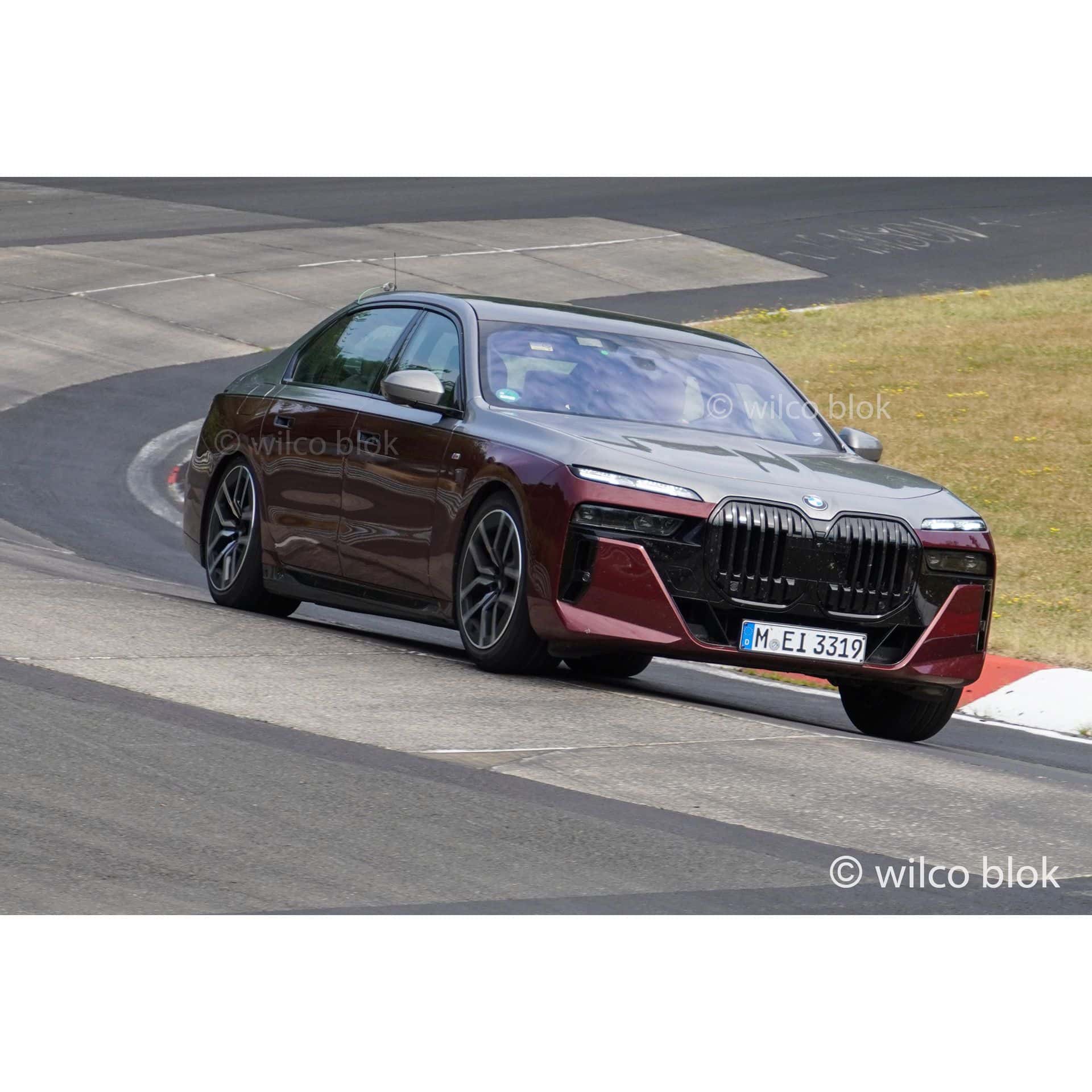 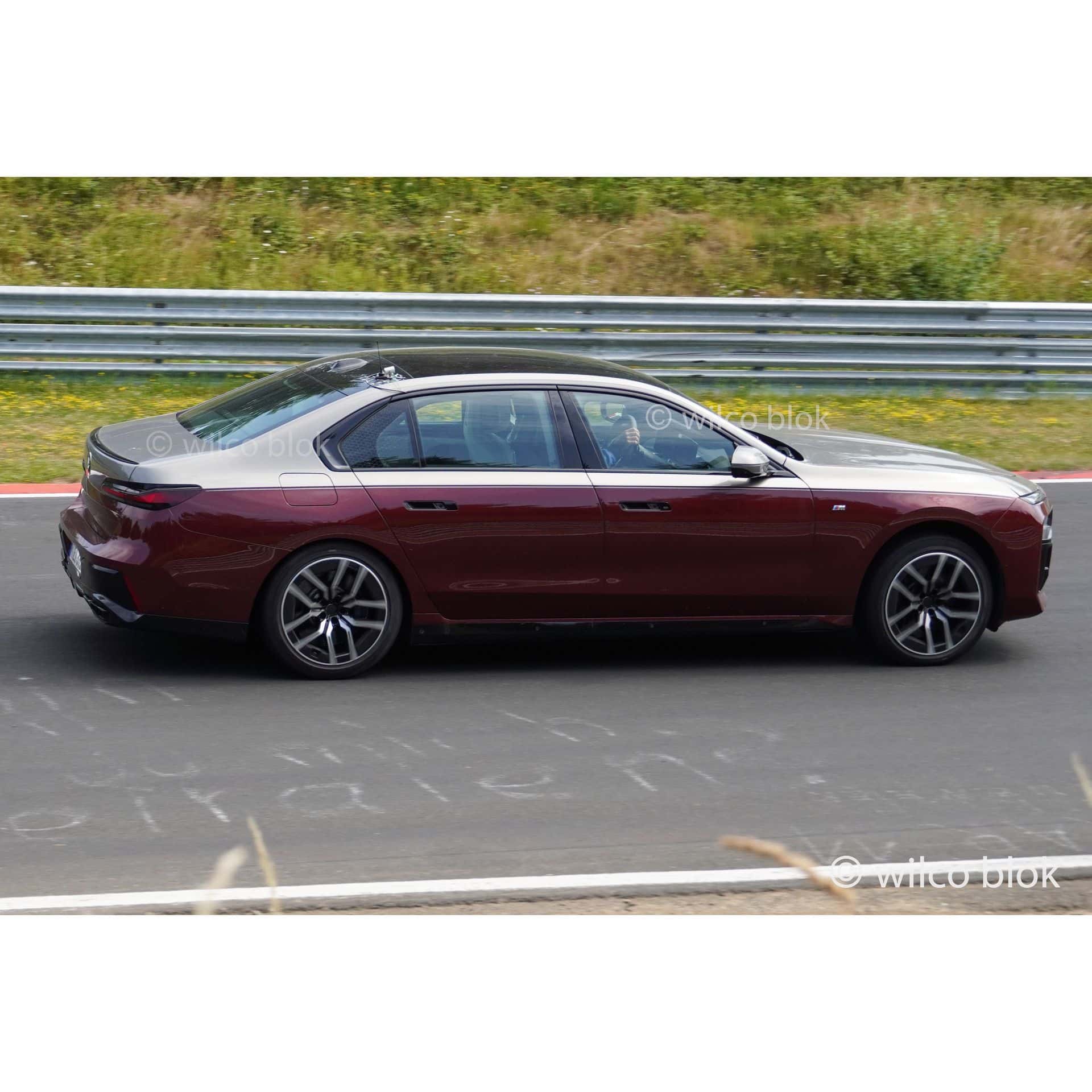