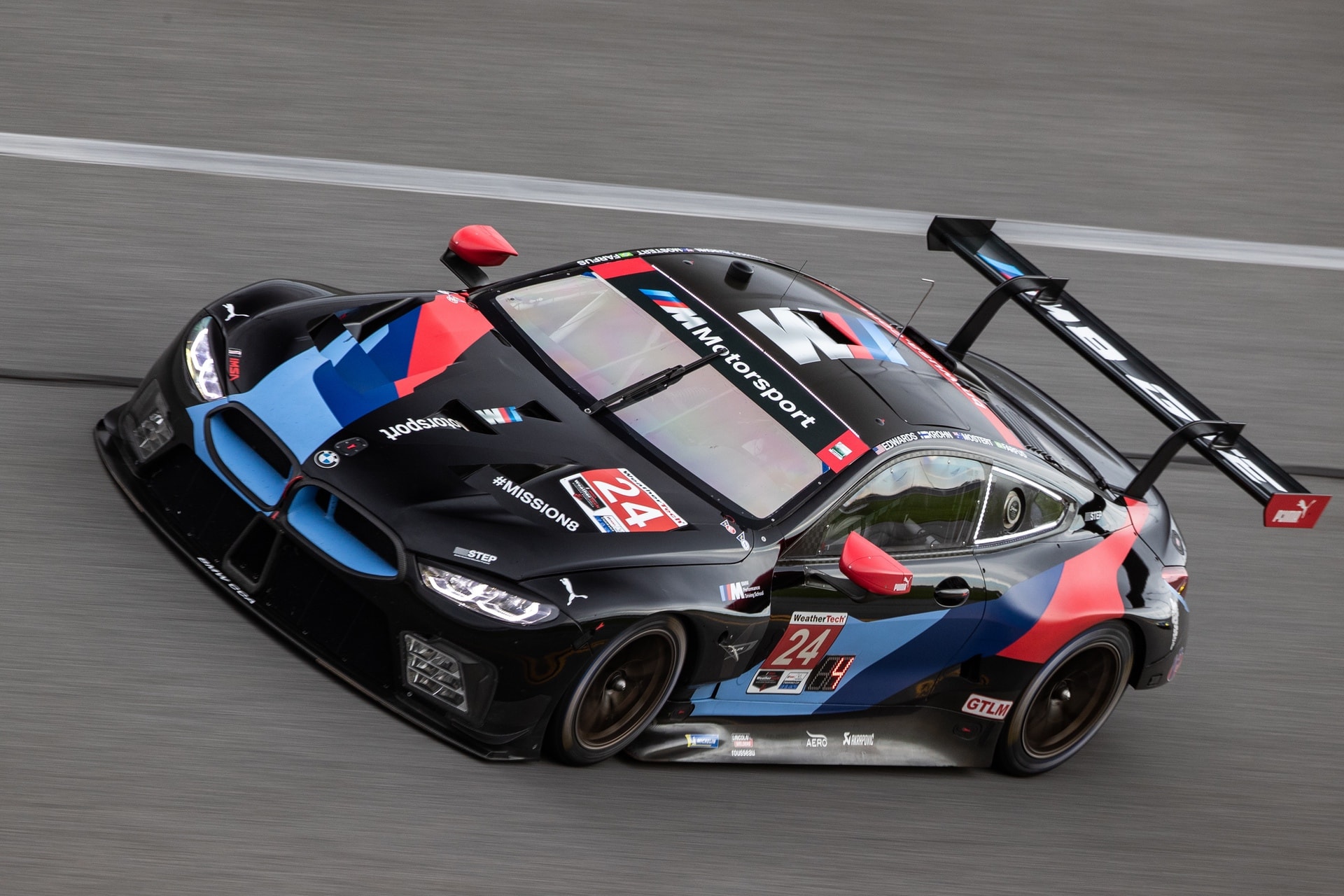 BMW Motorsport and BMW of North America are putting together a special package for the M’s 50th birthday. At the upcoming Rolex Monterey Motorsport Reunion, BMW will offer the 2020 Rolex 24 At Daytona GTLM class-winning No. 24 BMW M8 GTE for sale to a fortunate collector. The BMW M8 GTE Chassis Number 1809 will be on display in the BMWUSA Classic garage at Laguna Seca from August 17-20. 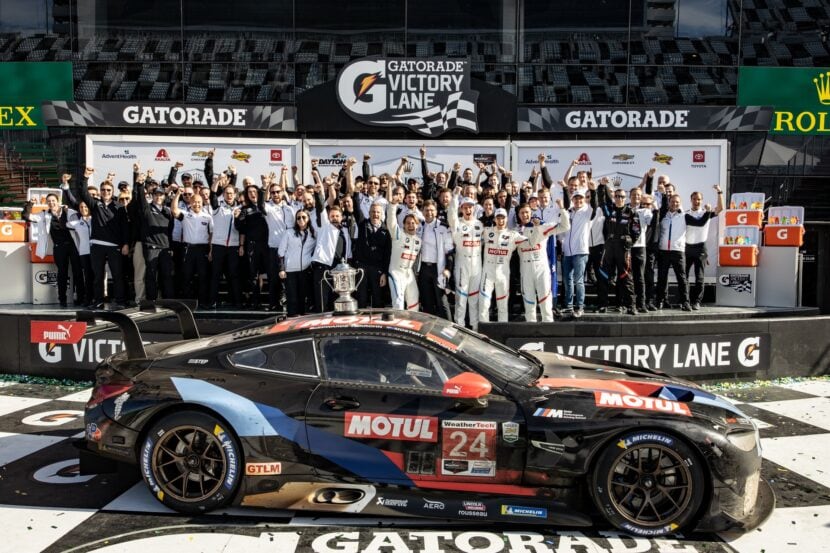 “BMW has a proud history of preserving and exhibiting its rich collection of historic racing cars in both Munich and North America,” commented Thomas Plucinsky, BMW USA Classic Manager. “I only need the fingers on one hand to count the few factory race cars that have left the ownership of BMW in recent years. The BMW M8 GTE represented a money-is-no-object factory GT race car. It is truly an engineering masterpiece. The new owner of BMW M8 GTE No. 1809 will be the steward of a very important piece of BMW history in America and can count on support from BMW in the years to come to ensure its condition and value are maintained at the highest level.”

“Chassis number 1809 has an exceptional provenance having been built in preparation for the 2020 season and owns the distinction of winning its very first race – the Rolex 24 At Daytona – with drivers John Edwards, Augusto Farfus, Jesse Krohn, and Chas Mostert.” continued Victor Leleu, Experiential Marketing Manager and former BMW NA Motorsport Manager. “From that auspicious start, it went onto scoring an additional five podium finishes, to help BMW and BMW M Team RLL earn the Michelin Endurance Cup and finish second in the GTLM class Driver, Team and Manufacturer points standings. 1809 also raced the Rolex 24 again at the start of the 2021season, finishing third.”

The Most Efficient BMW Racing Engine 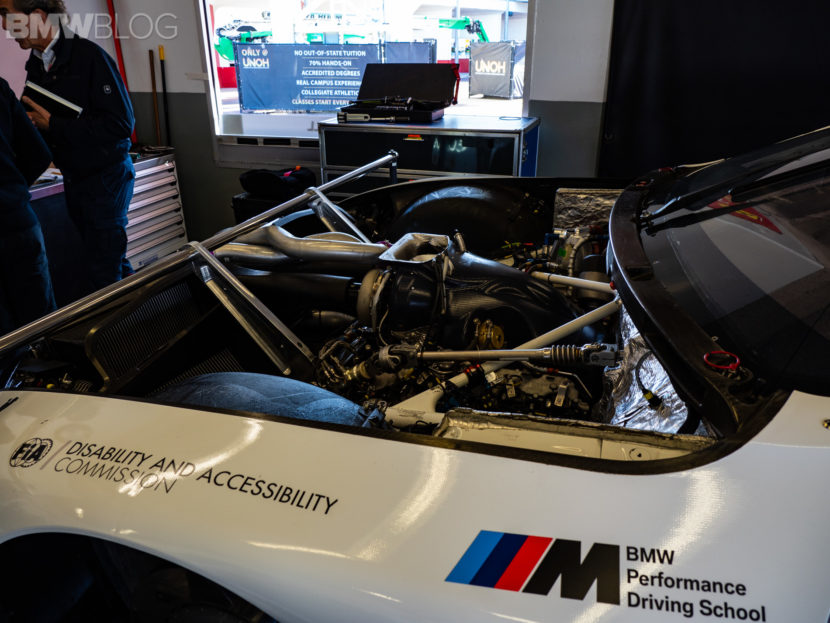 The BMW M8 GTE was developed a bit ahead of the production model, a rather atypical approach for BMW and its Motorsport division. In total, more than 500 engine design drawings – and another 500 drawings for the powertrain – were created. The result of that work is the most efficient engine (codename P63/1) that BMW Motorsport has ever developed, delivering between 500 and more than 600 hp (depending on the specifications of the sporting authorities).

The P63/1 is based on the BMW S63T4 from the F90 M5. Aside from the regulated cast parts, the engine in the BMW M8 GTE – containing approximately 2,300 further components, including 985 unique parts – required comprehensive modifications. Of these parts, 181 were derived from series projects, while more than 700 were specifically developed for the P63/1 or added from other BMW Motorsport racing engines. The engineers reduced the capacity from 4.4 to 4 liters, in line with regulations for the GTE class. The new design of the crank drive involved the implementation of a flat crankshaft, which brings with it the advantage of a regular firing order and gives the engine an even sportier sound.

The geometry of the combustion chambers, including the inlet and outlet ports, was also modified to ensure that the P63/1 is ideally designed for the demands of racing. 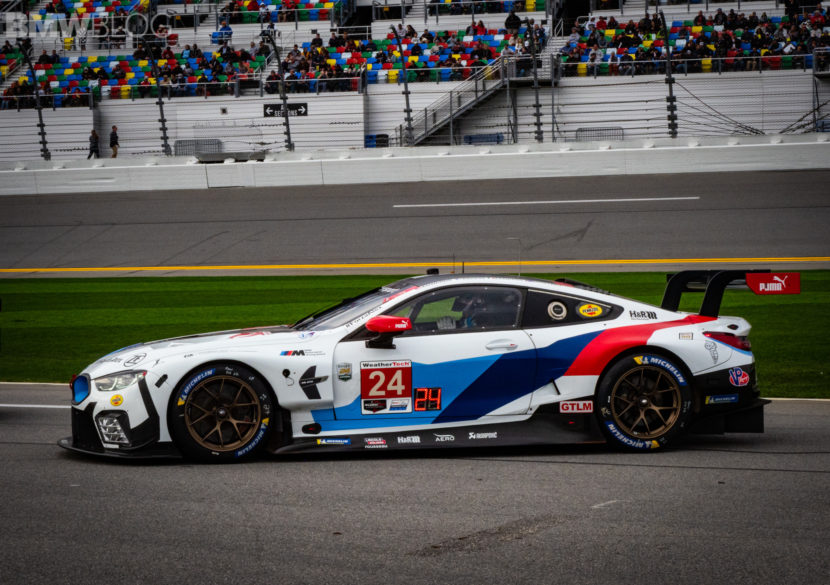 In terms of its design, much of the BMW M8 GTE is bespoke. So it looks quite different from the M8 road car. However, there are some distinct styling cues that are shared between the two cars. For instance, both cars share the same roof line and silhouette, and the same long, sweeping roofline. Also, the headlight and taillight designs are very similar, despite the M8 GTE’s being regulated for endurance racing use.

This is a very good looking race car, better even than the BMW M6 GT3 that preceded it. So if you’re looking for a piece of history or looking to race in the Daytona-winning BMW, this is a unique opportunity that doesn’t come around too often. 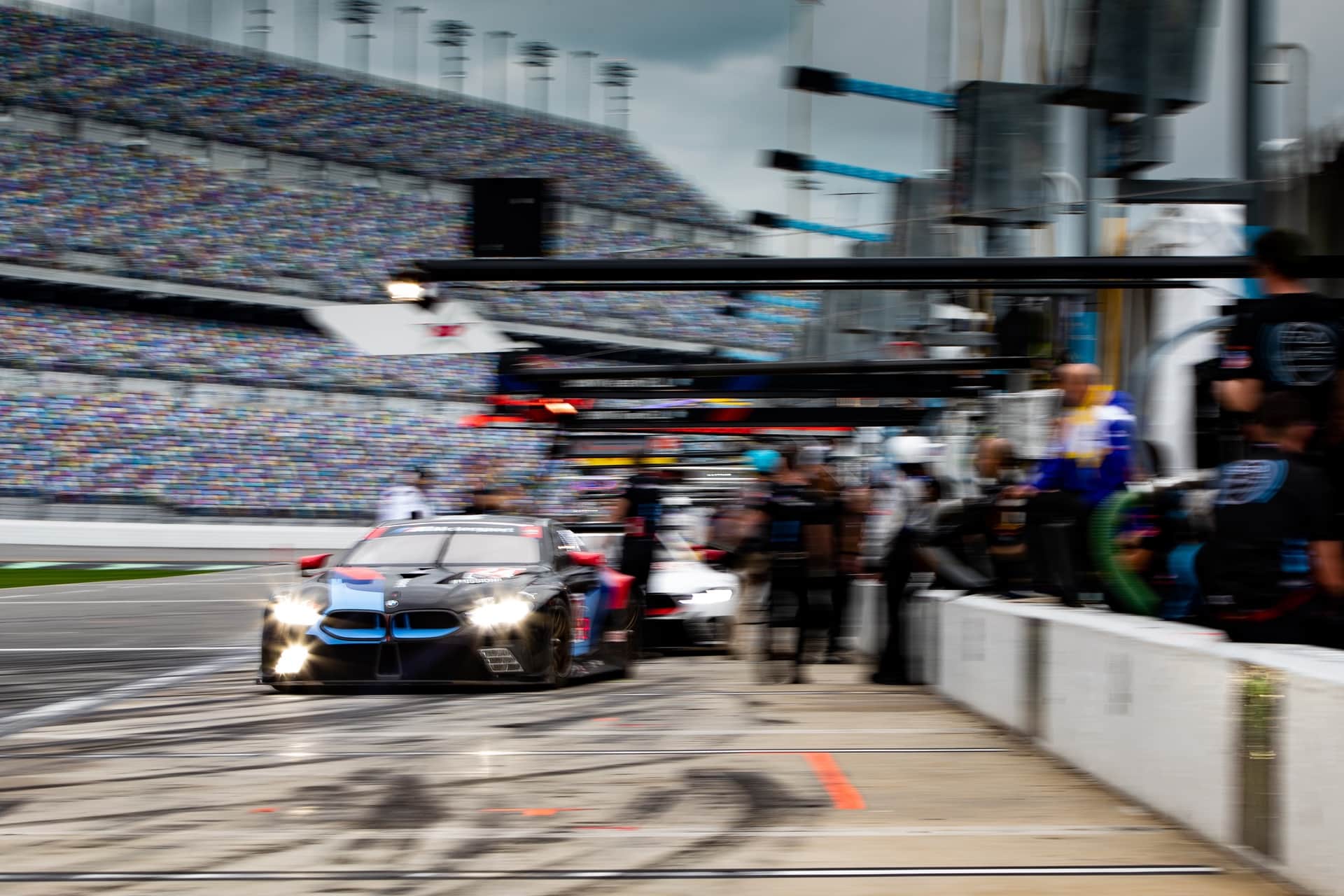 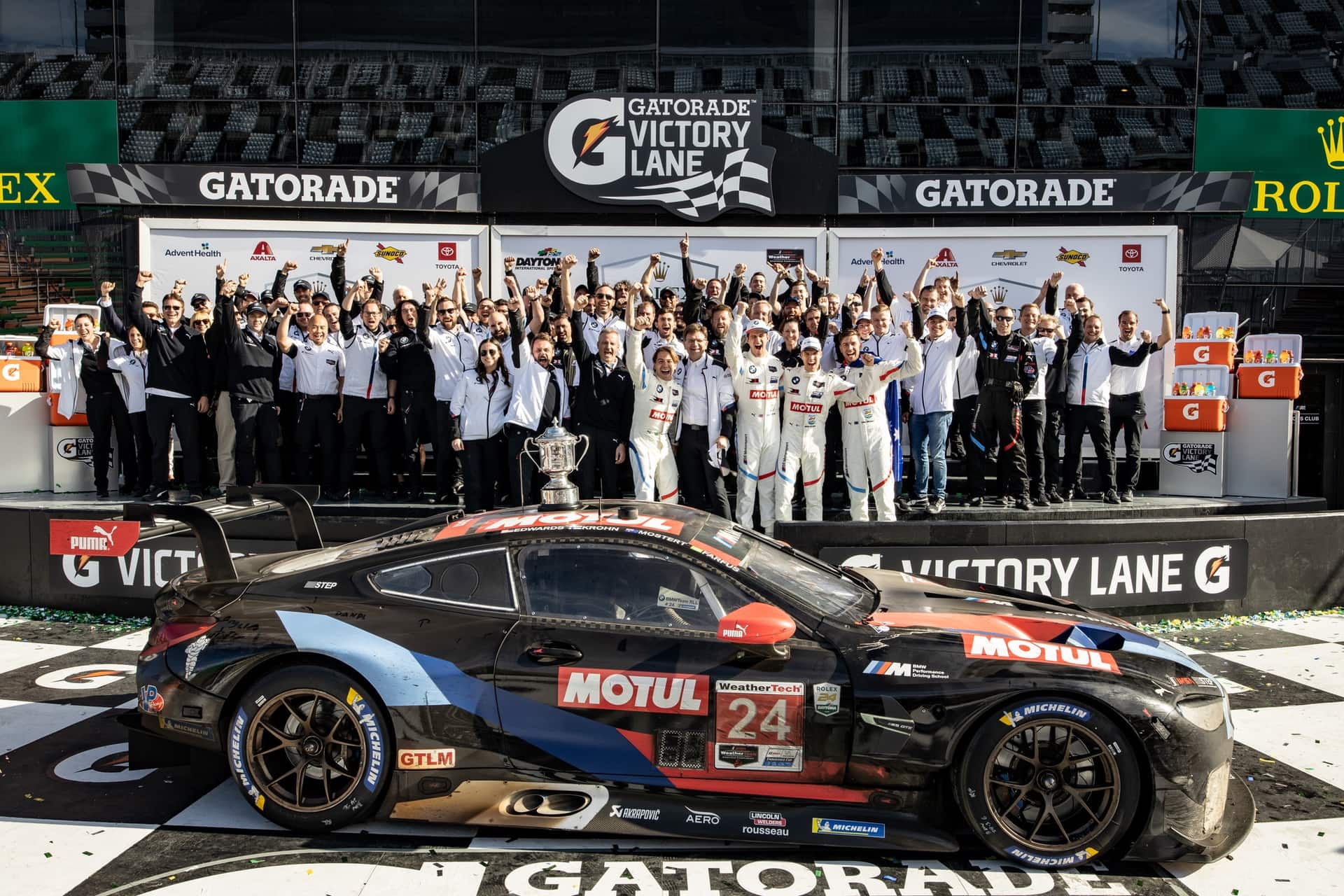 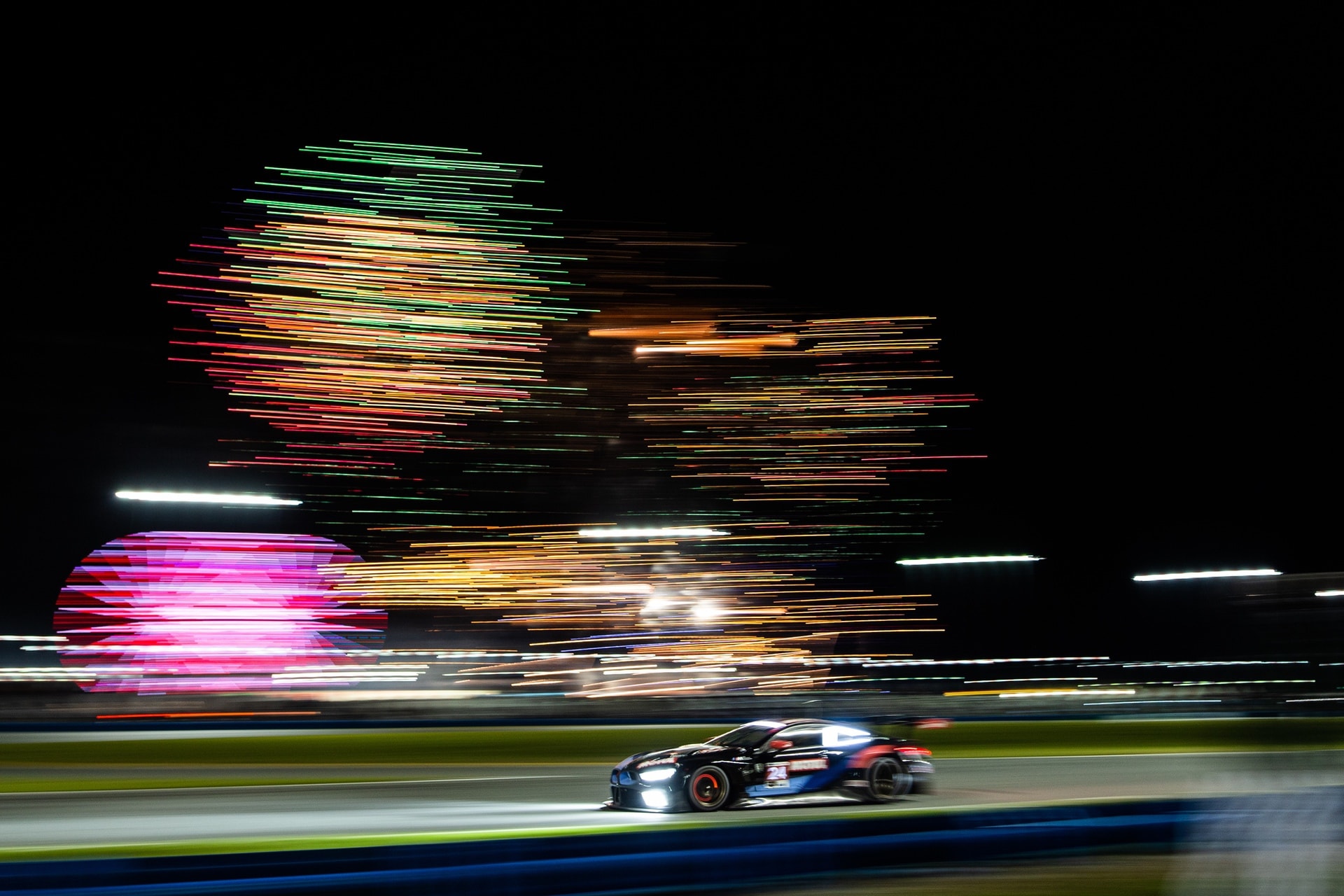