BMW i7 Returns To The Nurburgring Without Camo In Spy Video

It was a little over a month ago when BMW commenced series production of the 7 Series G70 in Dingolfing but it looks like it’s still doing some testing with late prototypes. A new spy video shot at the Nürburgring shows the purely electric i7 lumbering around the challenging race track in Germany. The test driver was certainly not being kind to the zero-emissions luxobarge as the fullsize sedan was pushed quite hard around the Green Hell.

For a brief moment, we also get to see a two-tone prototype that still had a combustion engine. Rocking a €12,000 paint, the prototype in question represents BMW’s first M Performance model to have a plug-in hybrid powertrain. Known as the M760e xDrive, it does away with the V8 engine of the 760i in favor of a smaller inline-six working together with an electric motor. Combined, the two produce 571 hp (420 kW) and 800 Nm (590 lb-ft) of torque. 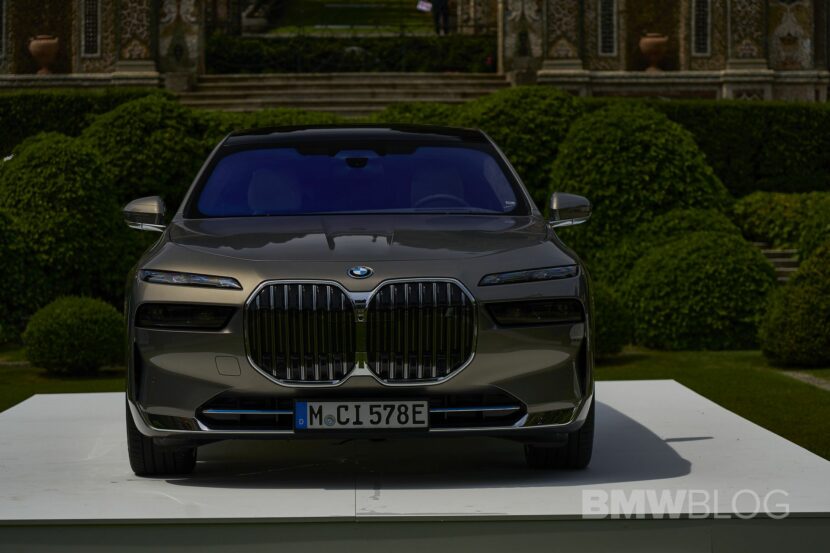 The three-minute video is a good opportunity to see the 2023 BMW 7 Series / i7 in action without any disguise whatsoever and get familiar with its unusual split headlight layout. A large and heavy sedan might look out of place on a track, but the Nordschleife remains an important location for automakers to fine-tune their vehicles. It’s especially true in the case of those with a sporty nature, even though more than two tons of weight don’t necessarily scream performance.

Although it might not be immediately noticeable, lest we forget the seventh-generation 7er is now bigger than ever. It comes in only one size and has been further stretched compared to the previous long-wheelbase model (G12). For the time being, the i7 comes exclusively in the dual-motor xDrive60 flavor, but we’re expecting more affordable models to be added further down the line. It’s already happening with the i4, which this week got a new entry-level eDrive35 variant.