Spy shots have revealed BMW is well underway developing the next-generation M5, which will be an entirely different beast. By switching to a plug-in hybrid setup, the upcoming high-performance sedan is going to make the current F90 model an instant collectible among traditionalists. Seen here is the facelifted version out for a night on the town in the more potent Competition guise and painted in Alvite Grey.

The car belongs to a BMW dealer in Hamburg, hence the M Town sticker on the rear window. YouTuber Moscarblog had the privilege of borrowing the super sedan and was even allowed to push it to the maximum a few times on an unrestricted section of the Autobahn. By driving the M5 Competition in the late hours of the day, he experienced the AMG E63 rival without having to worry about running into (too much) traffic. That gave him the opportunity to put the pedal to the metal – all while without breaking any speed laws. 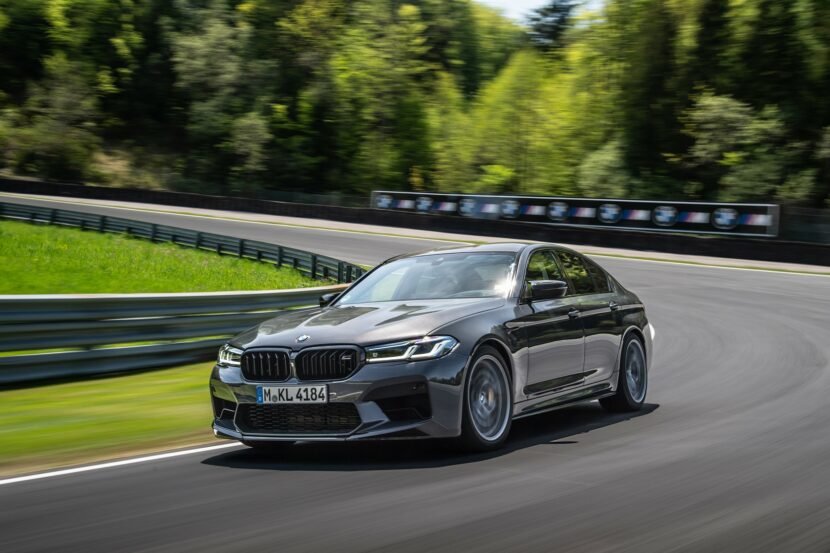 Even though this generation of the M5 has been around for about five years, it continues to impress with its pulling power and how quickly it picks up speed while remaining perfectly planted. We can see this 2022 Competition model hitting speeds of over 300 km/h (186 mph) without breaking a sweat and giving the impression it could do it effortlessly for hours on end. Well, provided there’s enough fuel in the tank.

The M5 seems to be the ideal combination of power, performance, luxury, and practicality, with the latter to get even better as BMW is allegedly bringing back the Touring. It even has a codename already – G99 – and is believed to enter production by the end of 2024. Unlike the M3 Touring recently launched in Europe, its bigger brother is expected to reach North America.

Meanwhile, the next-generation 5 Series Sedan (G60) will be unveiled in early 2023 together with a purely electric i5 companion. The latter is also set to spawn a long-roof derivative, so we’re happy to see BMW isn’t abandoning wagons despite the SUV boom.