BMW M340i By AC Schnitzer Effortlessly Maxes Out On Autobahn

The BMW M340i xDrive might not be a real M car, but it still rocks an inline-six engine in an automotive world plagued by the downsizing bug. With a bit of tuning, the B58 unit can deliver more oomph than you’ll ever need from a road car without breaking speed laws. Case in point, the 3.0-liter unit has been massaged by AC Schnitzer to extract 420 hp and bridge the gap until the full-fat M3 and ALPINA B3.

While the jump in horsepower is not something to write home about, the engine now pushes out a generous 600 Nm (442 lb-ft) or 100 Nm (74 lb-ft) while having that ease of mind only a factory warranty can offer. The sinister M340i featured here also happens to have an Akrapvoic exhaust with quad tips and valve control while retaining the gasoline particulate filter. 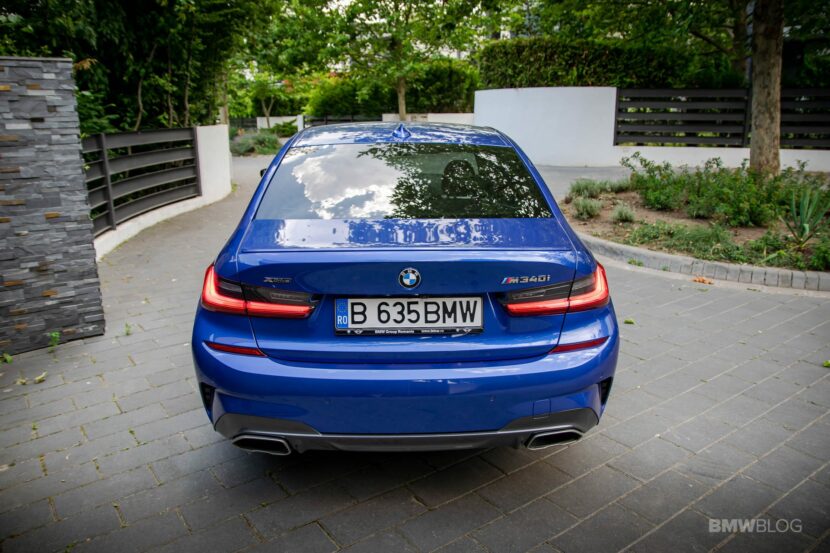 As expected, the extra boost in torque is immediately felt and has lowered the 0 to 62 mph (100 km/h) sprint time to 4.1 seconds, thus making it a few tenths of a second quicker than a stock M340i xDrive. On an unrestricted section of the Autobahn, the M Performance 3 Series hit its top speed with ease as the electronically governed 155 mph (250 km/h) arrived without breaking a sweat.

With the AC Schnitzer upgrade in place, the M340i becomes an ever better car for performing overtaking maneuvers as it needs just 10.22 seconds to go from 62 to 124 mph (100 to 200 km/h). It’s about half a second quicker than the standard model, putting it on the same level as an M550i G30 previously tested by the same folks at AutoTopNL.

The extra oomph reinforces the car’s all-rounder credentials, albeit we’d take it in the more practical Touring body style. BMW is finally unlocking the full performance of the wagon by selling an M3 Touring to complement the long-roof M340i and the ALPINA B3 Touring.