Ever since the BMW M3 was introduced back in the late ’80s, it was designed to be a lightweight, nimble, and precise sports car. Even as M3s became heavier and more powerful, they were never anything more than sports cars. This new G80-generation M3, though, has the power, the grip, and the performance to rival genuine super sedans. So has the M3 upgraded from a humble sport sedan to something like like a BMW M5 or E63 AMG? In this new video from Savagegeese, they ponder that same question.

First, let’s check the specs. The BMW M3 Competition xDrive is the most extreme version of the current M3 (until the M3 CS debuts). It uses a twin-turbocharged 3.0-liter inline-six with 503 horsepower and 479 lb-ft of torque. Being a Competition model, it only gets an eight-speed automatic and, being an xDrive model, it gets all-wheel drive. The latter is an M3-first. On paper, those specs sound impressive but not super sedan-impressive, as you sort of need 600 horsepower just to get into the club. 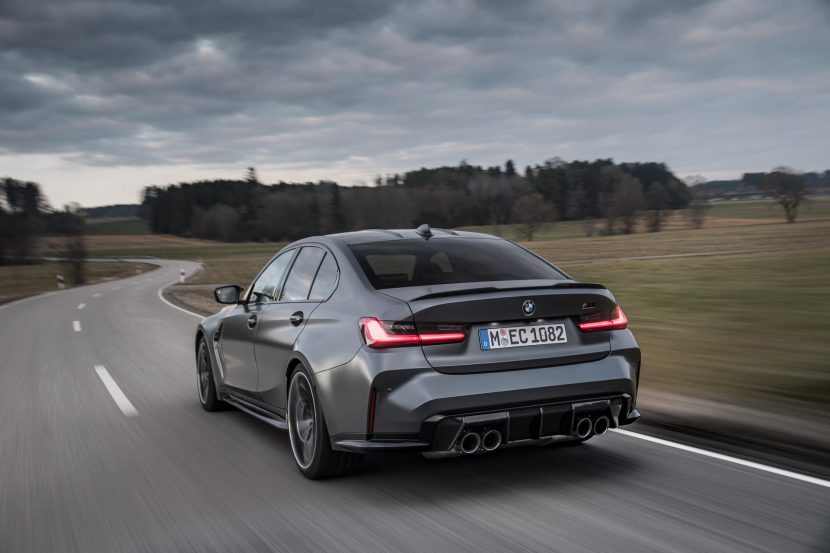 However, when you actually get the M3 Comp xDrive on the road or track, it’s an absolute monster of a machine. It’s so much faster than its numbers would suggest, as the all-wheel drive grip allows it to put down all of that S58 engine’s power. I’ve said it before and I’ll say it again: the M3 Comp xDrive feels more like a Nissan GT-R than an M3 and that’s not necessarily a bad thing. That means it feels more like a supercar than a sports car.

In this video, the two hosts take it on track and the expletives don’t stop flying. It’s easy to see why, too. The M3 Comp is so violently fast on track, capable of clinging to the road and carrying dizzying speeds through corners, that it can actually be shocking. It’s never scary, though, as the M3 always feels planted and stable. In fact, much like a GT-R, it feels like it’s pummeling the pavement into submission.

So while it might not be the purists of sport sedans, and it certainly isn’t the best looking, the BMW M3 Competition xDrive is now a genuine super sedan.