Every now and then, BMW attempts to spice up the X2 by giving its compact coupe-SUV the special edition treatment. In virtually all cases, the changes are purely cosmetic to make the swoopy crossover a bit more stylish to lure in buyers. The M Mesh Edition arrived nearly two years ago with a mesh pattern for the kidney grille and a Brooklyn Grey paint, which at that point was exclusive to the model. Alternatively, Alpine White, Phytonic Blue metallic, and Sunset Orange exterior finishes were also offered.

BMW Welt is currently showcasing the X2 M Mesh Edition in Brooklyn Grey based on the xDrive25e version with the plug-in hybrid powertrain. What makes the crossover stand out are the orange decals running along the side profile as well as the hood. Those stickers can come in black depending on the color of the body or can be deleted altogether. The vibrant shade was also used for the M-branded alloy wheels measuring 19 inches in this case but there was also a larger 20-inch set. 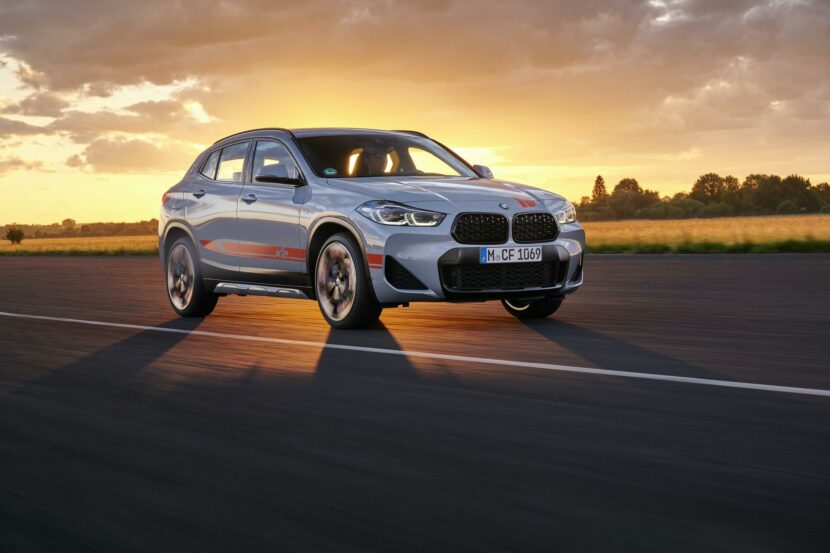 To spice things up furthermore, BMW gave the X2 M Mesh Edition a Frozen Black Brown metallic finish for the side body cladding and the area surrounding the lower air intake of the front bumper. A less obvious cosmetic tweak is the high-gloss black contour of the roundel on the tailgate to go along with the dark exhaust tip.

The special-edition X2 wasn’t exclusively offered with a PHEV powertrain as customers could also pick from two gasoline and three diesel engines, but not the hot M35i version.

The X2 M Mesh Edition was followed earlier this year by the Edition GoldPlay (featured below) sharing the same mesh kidney grille, plus a different set of cosmetic changes. What does the future have in tow for the small crossover? With the new X1 / iX1 out, it’s only a matter of time before BMW will introduce a second-generation X2. Production is believed to start in November 2023 and include a fully electric iX2 as well.